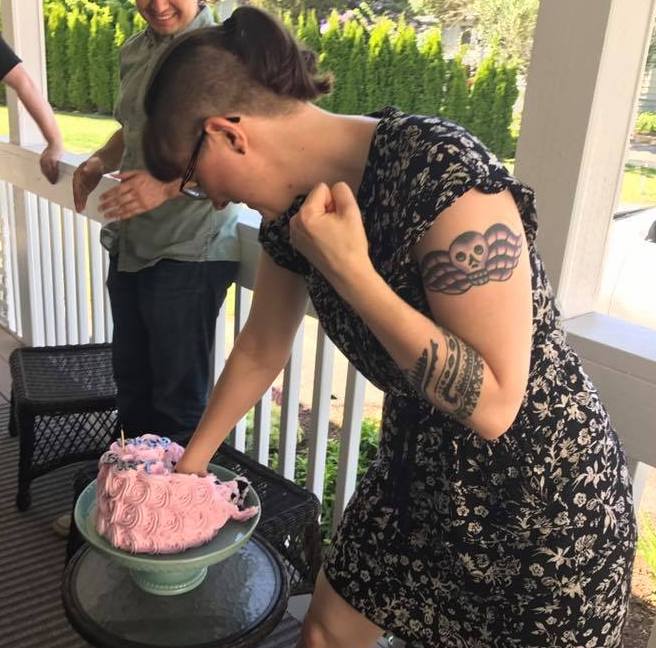 I don't take sass from cakes.

Hello, everyone! I'm Jenna Stoeber (pronounced Steeber, with a hard e and a capital S), and I'm Polygon's new video producer. I come from an academic background, having earned my Master's Degree from the University of Wisconsin, Madison in Media and Cultural Studies. Mostly that means I have a particularly pedantic purview, and can back it up with MLA citations. You don't see many academics in games journalism yet, so I hope my perspective is at least unique! Specifically I studied horror media and video game cultures, and I look forward to bringing my expertise in both to my work at Polygon.

My favorite horror game is Alien: Isolation, which had its issues but hits all my buttons: female protagonist, retro-futuristic analog technology design, creatures terrifying in multiple ways, great level design and cinematic interludes. The shivering twitching shadows of the Working Joes? Brilliant.

Follow me on Twitter @thejenna, or in your dreams by whispering my name as your head descends towards your pillow.