As I've proven in the past, I'm never wrong, and I'm going to get to the bottom of this dammit.

Somebody else we haven't seen yet

As you can see, I've ordered the candidates in order from least to most likely. If you ask me, Luke's face at the end of Force Awakens is enough to answer this question, but if you're still not convinced, hopefully this unnecessarily deep analysis will make you feel dumb for being wrong, or at the very least give you perspectives you hadn't considered already so you can start making informed discussions.

The most common thing I hear when people argue about this is that Rey shouldn't be related to anybody. Her being the daughter of a character we already know is too big a coincidence and makes the universe smaller. But when you look at Force Awakens and consider the options, just how coincidental are they? Why is Rey even the protagonist of Force Awakens, and what gets her involved in the story in the first place? The answer is Lor San Tekka, the character played by Max Von Sydow. 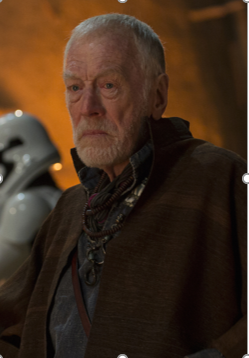 Let's run down the chain of events that leads to Rey's introduction.

Lor San Tekka, who already knows Kylo Ren personally, and who it is implied knows Leia as well, has Luke's map. Poe comes to grab it and Kylo Ren shows up. Poe gives the map to BB-8 who runs away and eventually gets discovered by Rey. That's it. That's the chain of events that puts the film in motion.

Let's look at what is or isn't random. Rey happened to find BB-8, but she's a scavenger, so she'd already be traveling far and wide looking for valuable things, raising the chances of this; it's not like she tripped over him. In fact, she's not even the first scavenger to find him, Teedo is. The only variables here are the locations. Lor San Tekka's in Tuanul, and Rey's in Niima Outpost, both of which are apparently close enough together for BB-8 to be able to travel the difference in one night. We know Rey's in Niima Outpost because her family left her there when she was 8, but we don't know why. We know Tekka retired to Jakku, possibly before Rey got there, but we don't know why he's right next to her or how he got Luke's map. As long as Episode VIII answers these questions, her dad could be anybody. No coincidence needed.

The questions we should be asking are: why's Rey at Niima Outpost, why's Tekka right next to her, and why's he have Luke's map? Let's check each of our candidates one by one and see how they hold up to this line of assessment. 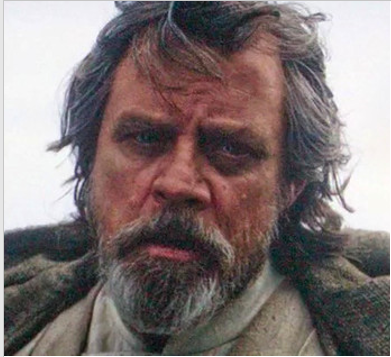 Luke probably dropped Rey off on Jakku to keep her hidden and safe like Obi-Wan did with him. Tekka's probably there keeping an eye on Rey as a favor to Luke, who we know is friends with him from when he helped him find Jedi lore in the past. Luke probably gave Tekka the map because he's watching over his daughter; he'd need to know where to find her dad if he needed to. Rey meets Luke on Ahch-To because of Tekka, who was near Rey because of Luke. This also explains why the leaked WGA script describes Luke as recognizing Rey. 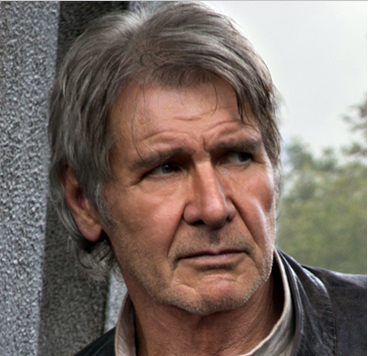 First off, the Han theory is tricky because Han and Leia had Ben/Kylo Ren. Rey's 19 and Ben's either 29 or 30, so she'd have to have been born when Ben was 10. In the force-back, Kylo Ren didn't look much younger than normal, so let's assume he went evil and killed everyone after Rey was born, meaning she couldn't have been conceived after Han and Leia's split up. This creates several problems: 1) Why didn't Kylo Ren recognizer her? Rey was 8 when she was left on Jakku, young but not too young for him to remember her. 2) Why didn't Han recognize her? If he was pretending not to recognize her so she wouldn't know he's her dad, why did he tell Leia about seeing Ben but not Rey? So either Han had never seen Rey before, or had but for some reason hid this fact from Rey and Leia. Maybe Han had Rey with another woman? It explains the secrecy, but what about his death scene? In his last breath, he reaches out to his son and touches him. He didn't even bother to take one last look at his daughter?

Maybe Leia was pregnant but didn't tell Han? JJ Abrams said Leia didn't recognize Rey, so it couldn't have been her that dropped Rey off at Jakku unless she gave her to someone else right after birth. She'd definitely recognize her daughter if she was 8 when she saw her last. Leia couldn't have been the one who gave Tekka the Luke map, since she's the one that was looking for it and sent Poe to get it in the first place. Did she leaving it with him for safekeeping, instead of just holding onto it herself? That was a bad idea, because it's Poe's map quest that sets off the whole plot of the film. Whoops. Not to mention the fact that she and Han weren't separated at the time of Rey's birth, so this would mean Leia had Rey in secret while her and Han were still together. 9 month skii trip maybe?

Long story short, cross Han off your list. Well, unless he cheated on Leia and got someone else pregnant, but never got informed of it by the mother. Shit, that actually makes sense. 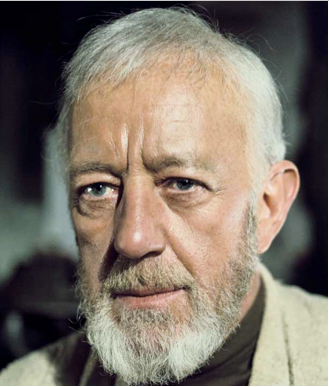 He died before Rey was born. Unless he did some of that ghost sex stuff. 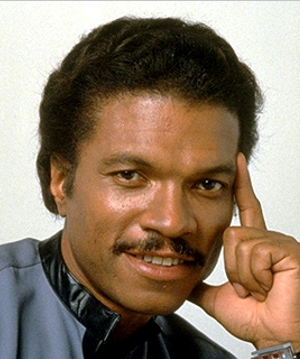 Lando has the same degree of validity as everyone else going forward. Anyone could have had Rey with someone we haven't seen, known Tekka and left Rey near him, and gotten the Luke map. This even goes for the child of any prequel character, like Obi-Wan, Qui-Gon, Palpatine, Yoda, etc.

Of course this same logic also applies to a new character. Maybe Rey isn't a Skywalker or a Calrissian or an Ackbar. Maybe she's just Rey Johnson. Well, nope. JJ said "I will only say about that that it is completely intentional that their last names aren’t public record." So cross someone new off your list.

So yeah, it's Luke. Maybe you think papa Luke would be to big of a twist, too much of an emulation of Empire, and I can understand why you might think this. The biggest problem that I have with the Ben Solo twist is when it's revealed to the audience. The most dramatic option would have been when Han yelled his name on the bridge, which is also the point in the film when the two protagonists find this out. Casual dialogue between Han and Leia would have been a great subtle reveal and the best way to contrast with 'I am your father'. But instead it came when Snoke randomly said it to Kylo Ren and Hux, who both already knew it. Even the wording of the reveal is bad. As soon as Snoke said "They are with your father" we already knew who he meant, but then he said "Han Solo" extremely slowly and awkwardly. It's a bad, clunky reveal with even less impact for the audience because it's not new information for any of the characters in the scene. If you ask me, the best thing they could have done would have been putting it in the opening crawl. Imagine how cool that would have been. Get it out of the way right at the beginning, real classy.

You might think that if it's Luke, it makes no sense not to just put the reveal in Force Awakens, and I completely agree with that too. The Empire reveal wasn't something everyone was expecting and considering leading up to seeing it. No twist is shocking or exciting if you can see it coming or if you can make internet forum posts analysing the possibilities; the last thing papa Rey will be is a surprise. Rian Johnson said "I don't want to skip ahead [after] that last moment of Episode VII; I want to see what happens next." I wouldn't be surprised if episode 8 begins by answering the question we all wanted answered in episode 7.

If you think it can't be Luke because he'd be too obvious, though, I have to disagree with you. Rey and Luke's relationship is the one strengthened the most by a familial relationship. She had a relationship with Han, but if he's the father that means he died without ever knowing she was his daughter. The Obi-Wan and Palpatine grandpa theories are popular, but neither of them had kids we knew about, so it'd be a bit of a retcon. They're also both dead, so why bother? There's no relationship there. Unless they bring Ewan McGregor back as a ghost, but that'd be silly since he was Alec Guinness in Empire and Jedi.

I highly doubt the filmmakers care about doing what's the least obvious. Take the starkiller as evidence. Luke and Rey already have a teacher student relationship, and a father/daughter relationship would strengthen that. They could make her dad Ulic Qel-Droma if they really wanted to surprise us, but that wouldn't add anything to the story. In Johnson's own words:

"If just knowing that something happens in a movie ruins the whole thing, that’s not a good story. [Laughs] There’s a reason that the great stories aren’t just a big surprise." 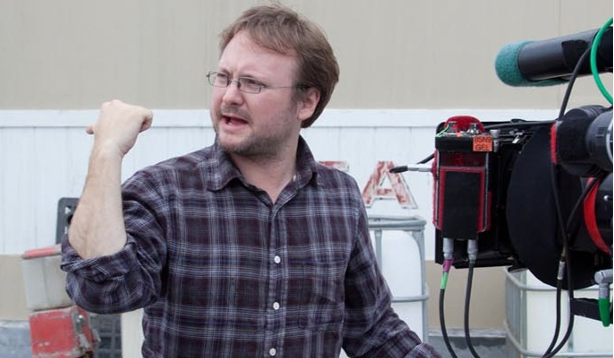 We'll have to wait until VIII to know for sure, but until then we can all take comfort in knowing that it's Luke. Unless they troll us again and make us wait till Episode IX.