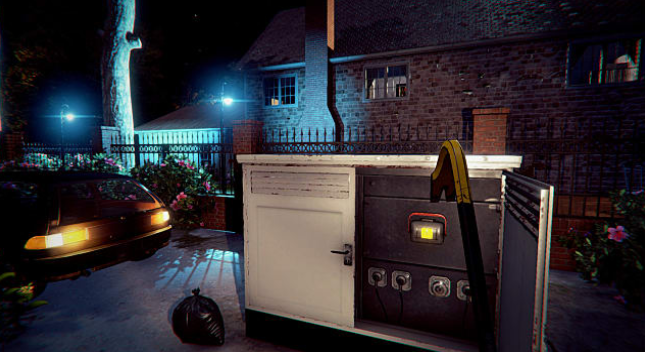 Thief Simulator will keep stealth and sandbox fans entertained for a while, but it lacks the polish and presentation to be remembered in five years.

Simulators seem to be all the rage these days, and I must confess, I rarely understand the appeal. Most of them seem to be based on activities I can't imagine wanting to simulate for entertainment value.

Thief Simulator from developer Noble Muffins at least has a premise I can understand and — to some extent — appreciate. I love to make intricate plans and execute them sneakily.

I would obviously never steal anything in real life, but pretend digital crime? Bring it on.

Games that have the word "simulator" right in their titles generally don't have any sort of narrative, and that's fine. I can't very well assess an element that doesn't exist in Thief Simulator. Moving on!

There's an inherent downside to not having any sort of story in a video game: the gameplay is pretty much all that's left. Consequently, it had better be strong enough to hold players' attention for a while.

That being said, the content that's here is reasonably fun — there's just not all that much of it, and once you've seen it all, there's not much reason to go back. The developers regularly roll out new content in small batches, but it's unclear how much the game might grow over time.

You start with no skills and no tools (other than a less-than-subtle crowbar). Steal a few things, pawn them for cash, buy tools and skills with your profits, and then you can lift more expensive things that are more heavily guarded.

On occasion, a perfectly planned and executed heist can be ruined by technical issues, such as an inability to move onto certain surfaces while crouched or doors loudly slamming when you definitely pressed the button to close them quietly.

These problems aren't frequent, but they crop up often enough to merit a word of caution if you're on the fence about buying the game.

If homeowners catch you in the act, police will arrive swiftly, and if you get busted, it's back to the last checkpoint, which are only created when you rest in your car or leave the area, so there's some pressure to take your time and avoid notice.

However, that sense of caution has to be maintained largely through voluntary roleplay once you figure out that it's pretty easy to hide from the fuzz until they go away.

In short, Thief Simulator is only as immersive and challenging as you choose to make it. An optional "hard mode" extends the game's life somewhat by removing the mini-map and making NPCs more perceptive, but it's still ultimately up to the player to refrain from abusing the clumsy A.I. if they really want to play the game as it's meant to be played.

Thief Simulator won't be winning any awards in this department, but that's OK— graphics are too over-hyped these days anyway. I don't think its mildly clunky PS2-era aesthetic counts against it too heavily.

The UI is functional if a bit too crowded. A more minimalist and less distracting visual presentation would have helped maintain the immersion that the game relies so heavily on to create tension.

The display on your in-game computer is especially ugly, but at least it's easy to use.

The music selection is limited to a half-dozen tracks or so, ranging from a handful of snazzy jazz tunes in your hideout to sparse dramatic strings during a heist.

Most of it is generic enough to fade from conscious awareness, which is probably for the best — there are already some distracting visual elements that make it hard to focus at times.

Voice acting and sound effects are equally amateurish, but far from terrible. Again, that's not necessarily a criticism; it would be ridiculous to expect such a small indie project to hire John Williams or Troy Baker. In the context of the whole package, the sound design gets the job done well enough.

If nothing else, Thief Simulator's dated graphics and simple A.I. make it palatable even to budget-friendly rigs. I experienced no stuttering or any other performance issues on a GTX 1080 with an i-7700 Skylake CPU, and I wouldn't expect most other hardware configurations to struggle either.

Load times can be long, especially when first launching the game — so long that you may think it's frozen. It hasn't (probably). It may be upwards of a minute, but Thief Simulator does most of its loading at startup, so you shouldn't have to wait nearly as long between missions.

+ Only does one thing, but does it reasonably well + Cautious players who stick to the rules will have more fun + Regular updates from devs that seem to be active and responsive

– Not much to do after 5-10 hours – Rudimentary A.I. can be easily abused – Occasional problems with input and collision detection

Thief Simulator could have been fantastically fun if there were more to do and if it were more challenging. As it exists now, it's just kind of fun, for a while. I hesitate to recommend a full-price purchase at $19.99, but if it goes on sale for 50% off or more, stealth fans may want to give it a whirl.