Welcome to another Pokégon Discussions, where we're just waiting with hype-filled dreams, while trying to avoid massive spoliers.

Here it is, the final stretch for Pokémon Sun & Moon, and there's more information coming in the next 6 weeks, starting today. With leaked rumors pointing towards there being more new 'mons this time around, one can't be sure until the official word comes out. That being said, we'll keep this post up here spoiler-free.

With the drop of the trailers today, here's what we got:

But of most importance is the game demo, which will drop October 18th. This demo will give players a special Greninja as a partner with the ability to change via Battle Bond. That's right... Ash-Greninja will be available though the demo game! Just like the Glalie from the ORAS demo, it will be transferrable to your Sun or Moon game when it's released. 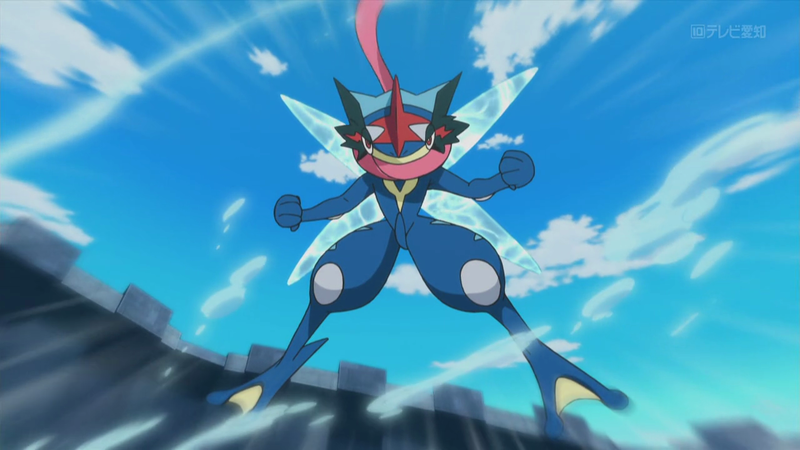 The hype can't get any stronger than this!

And that's it for the trailer releases. Expect a final CoroCoro Magazine leak in about two weeks for some more information on SuMo. On top of that, there will be an additional reveal on Friday, October 14th. Expect some updates.

UPDATE #1 (Oct 13): The November issue of CoroCoro Magazine has been leaked again before the street date and revealed some interesting finds. Grimer will be getting an Alola Form, gaining the Dark typing (because of motor oil dumping), a yellow marking around the lower part of its mouth, and two teeth. Weird. Along with that, we learn that Type:Null has an evolution when its mask breaks, becoming Silvally (Silvadi). With its new ability 'AR System' and a hold item (or a set of them) called 'Memory', it can assume any of the 18 types in the game; this also changes the damage type of its signature move 'Mulit-Attack'. Finally, we saw Jangmo-o's evolutions, which gain the Fighting typing. Also revealed was a picture of Ilima, who will be the first Trial Captain of the game.

There may be more information to follow tomorrow after CoroCoro Magazine hits the actual street date.

UPDATE #2 (Oct 14): And here they are, the trailers revealing the previously stated 'mons above. But they also have additional information: evolutions for Bounsweet, Cutiefly, and Alolan Grimer (definitely getting a oil dumping pollution thing from these Alola Forms). They also show the Kahuna of Akala Island, Olivia.

UPDATE #3 (Oct 18): With the demo being out, we can experience a good bit of the basics the games will offer. However, it looks like Game Freak didn't "lock the door" securely this time either, leading to some major, plot-spoiling leaks. Pictures of the whole Alola Pokedex, the precise number of new 'mons to Alolan forms, new Ultra Beasts, and many other things have been revealed as a result. There are some links down below from commenters, so approach with caution if you don't want to be spoiled beyond the demo. Up here, you won't find them.

UPDATE #4 (Oct 27): Got some big things revealed in today's trailers. The starters' final evolutions are revealed as official and we go the types. Rowlet's final evolution, Decidueye, drops the Flying type for the Ghost type (third in the franchise with Grass/Ghost), so if you want it to still fly, keep it as a Dartrix and put Eviolite on it. Incineroar, Litten's final evo, sheds the Fire/Fighting "curse" by becoming the next Fire/Dark type 'mon (THANK YOU BASED ARCEUS!). Meanwhile Primarina becomes Water/Fairy, definitely keeping with expectations for the Popplio line and fitting presence it exudes.

On top of that, we find out what's in Lillie's bag, the remaining Tapus and their unique Z-Move, we can battle against/with iconic trainers and champions. To top things off... we can fight Red and Blue/Green in this game! At least GameFreak let them grow up, LOL. It also looks like the "Chinese leaks" were on the money with building a league, but it's a bit unclear how we'll play a role in its formation. Check out the trailers below.

Update #5 (Nov 14) - The last trailers before the big (official) release of Sun and Moon has been revealed this morning. It showed us the individual Z-Moves for the starters, which definitely fit the overall personalities the exude. Also, two more Ultra Beasts are revealed: UB-03 Lightning and UB-05-Gulttony. They definitely... look the part, UB-03 especially, looking like an amalgamation of copper and optical wires. Finally, Alolan Diglett and Dugtrio were revealed with their glorious hair. They are Ground/Steel type, which could add some extra defense and handles many of this species' traditional weaknesses. It's less than 5 days away, so GET HYPED!

On the competitive side for the WCS 2017, here are the rules for those of you competing:

If you look at some of the response tweets, you're getting "Fox only, no items, Final Destination." Never change, people, LOL. Also, I can taste salt in the air... not sure why. Click here to see Aaron "Cybertron" Zheng break things down. All the same, there are some buffs and nerfs (mostly nerfs) to abilities, attacks, and effects that will affect the meta game, so look to YouTube vids to give you the basics.

For more details on what has come out, head over to GameXplain for the discussion and analysis videos. If you want theories with analysis, give TheOneIntegral a look.

Pokémon Generations is here! Watch the bite-sized episodes that show certain events during the history of the main series franchise. Link to the playlist here

For some of the most useful Pokémon GO information out there, head over to The Silph Road subreddit; their website has some useful tools as well. For some gameplay tips, give Trainer Tips a subscribe on YouTube.

Good 'mon catching/breeding/training to you all!