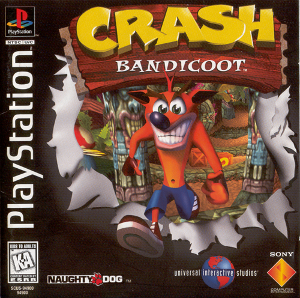 ...but BEFORE THAT (yes I'm making that a thing), allow me to reflect on the seventh generation for a while, as it has pretty much come to an end by now.

You know these past few years have been crappy when everything is just brown. 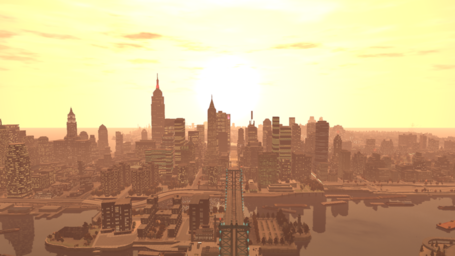 Generally speaking, there was a real lack of inspiration and style to the games that were released since around 2006. Some popped out of the mud, but it was actually just quicksand and often just sunk back in. Look at Naughty Dog, for instance. We went from Jak and Daxter, a fantastic duo that brought us a great trio of games to a douche who went up ladders like he was Wacky Waiving Inflatable Arm-Flailing Tube Man. Even Crash Bandicoot had more character than Nathan Drake, and Crash had a one-adlib vocabulary.

Sorry guys, that was the best segue way I had. Now, in regards to Crash Bandicoot, HOW ON EARTH HAS THIS GAME NOT AGED IN 16 YEARS?! FOR A FIFTH-GEN GAME, THIS IS BEAUTIFUL. You know a game ages well when you don't realize it until a third of the way through. Don't get me wrong; play this on a modern screen and the pixels will be not only visible, but confident enough to kiss you on the first date. That said, Naughty Dog's emphasis on small and narrow locations led to a lot of room left for graphical fidelity. As a result, you don't get that familiar feeling of playing an old game and believing that your hindsight added in extra pixels while you were sleeping.

Gameplay? Exactly as you remember it; simple, fun and kinda the enemy of all that is analog sticks. It's not bad, but you don't want to be the person who is in one of the bonus levels and falls off in a direction you should not have been going in. The Bosses are generally pretty easy

Also, Crash is one freaky Bandicoot.

I'll be honest, I don't know more to say about this game. It's good quick fun, really good fun. I even remember bursting out laughing the moment I picked up the controller and immediately fell down the seemingly eternal abyss. I definitely think its work the $5.99-or-zvahtever price tag it is on PSN.

To meander, you know what upsets me a lot about Crash Bandicoot? What that IP could have become. If you ask me, The IP had the perfect personality to stick out for a long time. This game Oozes personality from its pores, which is what helps an IP stick out. If nothing else, Crash Bandicoot could easily be a great satirical epic adventure. I've been asking for a Legend Of Zelda parody for... psh, the last 2 minutes, and NO ONE has delivered on it. Now, I hear about Crash probably becoming a Skylanders character, and I'm sorry, but I can't trust a developer who thinks its okay to make Spyro the Dragon this ugly. That's just disrespect.

Sometimes I think that the more that I hold on to these characters like Crash and Spyro, the more I think it's just time to let go. It's clear that publishers are screaming "YOU ARE NO LONGER THE DEMOGRAPHIC ANYMORE" in my face, but I keep having faith that somehow, some small group of developers will take those two characters and give them one proper Good-bye in a single dystopian-parody co-op journey through the chaotic world of today, perhaps being some gaming industry metaphor. They slowly walk together, Spyro in his original cute-but-still-menacing design and Crash in his "Warped" leather jacket and sunglasses, through a congested and foggy city. Staring down at the 100-foot ogre they just defeated, they strangely look up to see the sky clearing and a new sense of optimism rains down on them, as Crash rips off his jacket and does the "I just defeated a boss" jump freeze frame.

...but Activision couldn't even pay proper respects to an IP it created, so f*ck that idea.