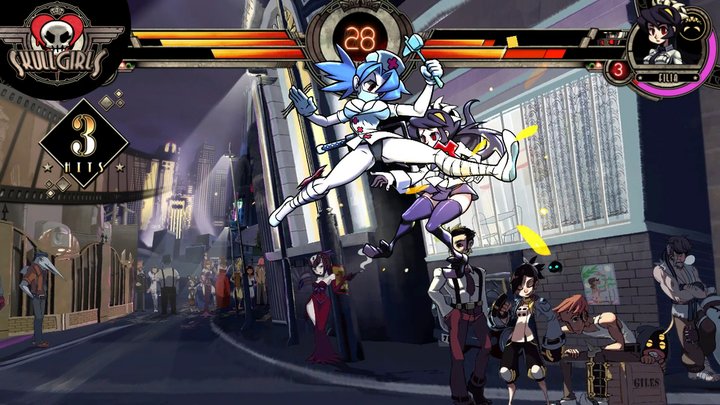 We've got 800 beta codes to give out here on the Polygon forums (and social networks) for the PC edition of Skullgirls developed by Lab Zero Games. We're going to be dropping 400 of those Steam codes here in batches of 50 throughout Friday night and Saturday so you can get ready for a tournament which opens for registration next week. Let's talk details.

Skullgirls is a fast-paced, 2D fighting game originally developed by Reverge Labs, designed to be a tournament-grade fighter while remaining approachable and engaging for the casual player. Which is what it says on the official site, according to the developer the beta version of Skullgirls has a number of changes and improvements over the current console version, including improved balance and the inclusion of the first DLC character, Squigly.

HOW LONG DOES THE BETA LAST?

The beta will offer full access to the game’s multiplayer modes until the game’s official release on August 22nd.

HEY, WHAT'S THIS ABOUT A TOURNAMENT?

Marvelous AQL, Autumn Games and Lab Zero Games will be holding an online tournament for the PC version of the game. The top 20 tournament winners will receive prizes with a combined worth of over $2000, to be announced at a later date.

Registration will be capped at 1024 participants and you can register to enter here.

HOW DO I GET A CODE?

Easy, check back here on this topic over the weekend and we'll give out 400 codes on a regular basis. For those who don't get one between now and Sunday there will be another 400 from Monday onwards on our social feeds. Feel free to drop your Steam usernames and which codes you got below, that way people aren't wasting time when they could be fighting you :)

Giveaways of products are not, and should never be considered, endorsements of the companies involved or their products. As such any entry into the Skullgirls Beta tournament (and any prize awarded) is solely at the discretion of the publisher responsible.

There you go, you've got the skills and codes - go forth and fight! You can read more of Polygons coverage surrounding Skullgirls here if you're looking a little more information on the game.

Thanks for taking part!