This year Sega announced Sonic Boom a new take on the blue blur. When I saw it I was seriously excited, I saw that a lot of people complained about the new designs but i actually liked them and noticed that if people didn't like them they could get used to them. When they first showed off Sonic Boom the character models were pretty bad and they looked like clay Sonic looked SO UGLY AND KNUCKLES HAD TWO SEPARATE EYES LIKE TAILS, but they actually look nice now and pretty cool. when I went to E3 this year i finally was able to play Sonic Boom and i really enjoyed it, Sure it wasn't super speedy all the time but Sega did say that it was focused more on exploration and combat than speed. During the level where you run to get to the next area or mission you actually go pretty fast and its difficulty is pretty much like Sonic generations. Also the graphics are perfect I loved it so much. 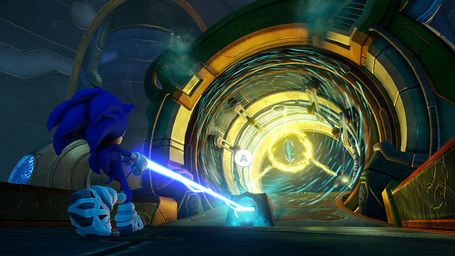 I really hated hearing fans complain about Sonic Boom I mean they call themselves fans but they're really not. If you're a real fan you love Sonic no matter what its still Sonic! In 2010 they replaced all of Sonic's voice cast and i first i didn't really like them but now i love them. But I still HATED AMY'S VOICE, the squeak was just too Minney mouse, but in Sonic Boom I saw great improvements that I really Liked. Her voice is perfect now. I love how the characters talk between each other now they used to do it in old games like Sonic Heroes and i really loved it but in new games like Sonic Generations and Sonic Unleashed even they dropped it I love that they are bringing it back. Anyways Gameplay was not just good it was amazing, the voice and graphics are perfect, and everything else about it is pretty cool I really think Sonic Boom overall will be an amazing game and they're still not done with it. I give Sonic Boom:Rise of Lyric the demo a 9.5. 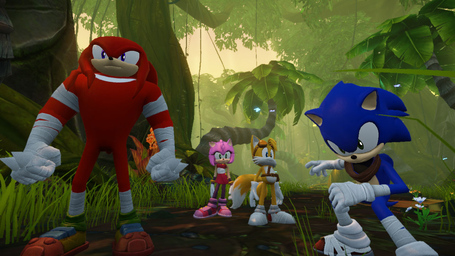 Sonic Boom; Shattered Crystal was really good too but i liked the Wii U one better mostly because of the Gameplay even though it is Classic Sonic roots I still think the Wii U one is better. 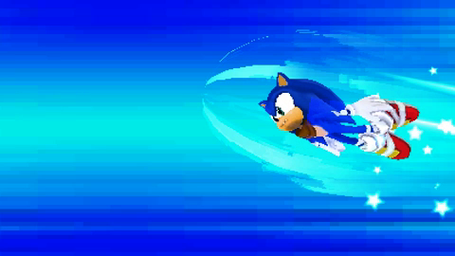 I love Sticks and her boomerang she can throw that anywhere. Overall the game is speedy and fun I give the demo a 8.5. 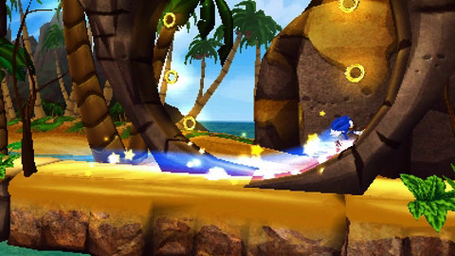 I know it's weird to see a person review a demo because its still incomplete but still i did it anyway. The TV series we only saw a few clips but it was pretty funny not so funny to the point where i'm cracking up but if i was younger i would be. I did start cracking up where Knuckles said Sonic would make a great sidekick for him and Sonic goes " no knuckles' I was cracking up of how funny that was to me. Overall I LOVE SONIC BOOM AND I REALLY HOPE THAT FANS OUT THERE DO TO LISTEN TO ME WHEN I TELL YOU ITS JUST A SPIN OFF SO IT DOESN'T HAVE TO BE FAST AND IT ISN'T MEANT TO BE FAST. I really also hope that those dumb people like always who start complaining about the game just go die in a hole somewhere so the real fans can LOVE and enjoy Sonic for what he is not matter what they decide to do. As soon as Sonic Boom comes out i'm buying both copies of the great new games of this amazing new series!!!