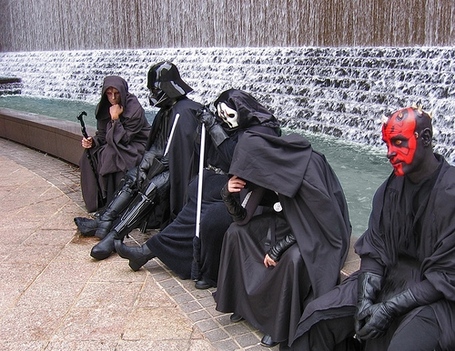 But despite the bad publicity and negativity surrounding the transition, the game seems to be doing incredibly well. The servers are all now high population or full, queues are common place (though subscribers get to skip right to the front of them), and honestly - I don't think the restrictions are all that bad.

I think the issue with the F2P launch is in how it was presented. Rather than focusing on the benefits for subscribers, EAware focused on the restrictions that playing for free presented. 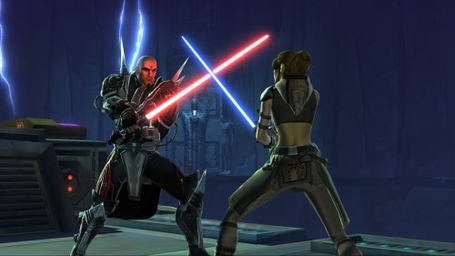 For example, if you enjoy RPGs, and especially if you enjoyed KOTOR, you can download SWTOR for free right now and jump into a brand new Star Wars story. Create a Jedi, Sith, Smuggler, Bounty Hunter, whatever you want! Experience a three-part story with your own character, journeying through what is essentially your own trilogy, all the way through to the end without paying a penny. You can even do it twice with two different classes. That's an insane amount of free content. Sounds awesome, right? 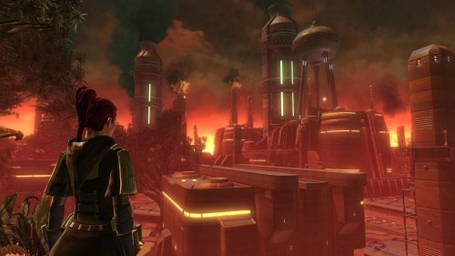 Suddenly the idea of playing the game seems far less enticing. How depressing does the game sound with all those restrictions? But really, for a free game they aren't half bad. You could easily complete a class storyline all the way to level 50 with two hotbars. And even if you do end up filling them both up, you'll be level 30 by then at least - at which point you must be enjoying the game to still be playing, and that one-time £2.99 purchase for the smallest amount of Cartel Coins is enough to unlock a third hotbar and still have enough coins left over for another enhancement like access to the Hide Head Slot feature - for the lifespan of the game. It's a free MMORPG that can be tweaked with small purchases to your liking. You can keep it completely free, or custom tailor it for the same price as an iOS title. 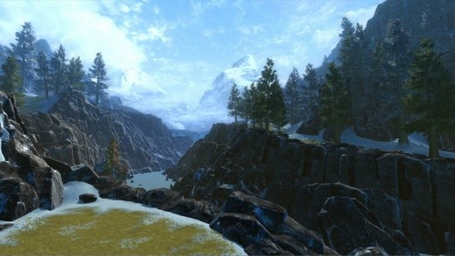 To summarise: The game is now incredibly popular, and it turns out the F2P model is nowhere near as restrictive as it sounded. EAWare missed a trick with advertising and consumer psychology though. The real test for the game lies in the coming months, and whether they can hold on to enough of these new players.

With Disney's acquisition of LucasFilm and the announcement of Episode VII though, I imagine EA's execs screamed so loudly in excitement that every window in a five mile radius shattered. SWTOR certainly isn't a great MMO, but it is a very solid foundation. And if they can build on those foundations over the next couple of years to have a truly great game with some unique content ready for all the new players that swarm in from the film hype, this MMO could finally be the success story they were looking for.

What are your thoughts on the transition?