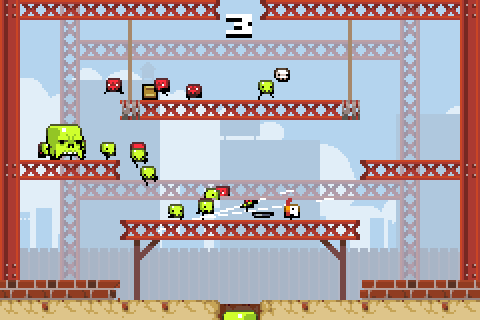 I hate iPhone games that are $0.99. They're cheap. They're quick. They're usually "addictive". But for me, that means opening it once, realising it is a high-score chasing, gimmick-employing waste of money. I love the way that mobile is bringing in new gaming experiences and gamers, but I hate the direction of quick and cheap fun.

So I didn't expect much from Super Crate Box. I bought it for Vita, since it has been a bit....dry on the game front for that console. And by dry, I mean nothing for the past few months has caught my eye. But I saw Super Crate Box under PlayStation Mobile, thought I'd heard it before, and took the AUD$5+ plunge. And it was a great decision.

The idea of Super Crate box is simple. 3 static platforming levels, where the whole stage stays completely still. From the top, 3 types of enemies: small, floating and large. You collect the box, which respawns whenever you get it, and try to get a high score. If the enemies reach the bottom of the stage, they become red, blazing fast super bitches and you probably won't recover. It's permadeath, with your main score resetting every time, but the devs actually included some progression, with the unlocking of guns. There is such a variety, such a different gameplay style for each, that this truly is addicting in every sense of the word.

I hate Fruit Ninja, I hate Angry Birds, I kinda enjoy Cut the Rope and I hate that 3D game where you dodge things and it has a sequel and I forget its name. I also hate that sidescrolling game with perma-death. Every single one. But I'm hooked on Super Crate Box. For $5 I've gotten at least 2 hours of gameplay, and I'm barely done. I'm still trying to get to the next level, the next score and the next eye-strain I experience when playing mobile phone games. And the eff bombs, inside my head, are running thick and fast, like a good chunky cuppa-soup.

The gameplay is simple, the concept is simple, but the enjoyment is sky high. And, as a hater of 'addicting' gameplay, I'm hooked. 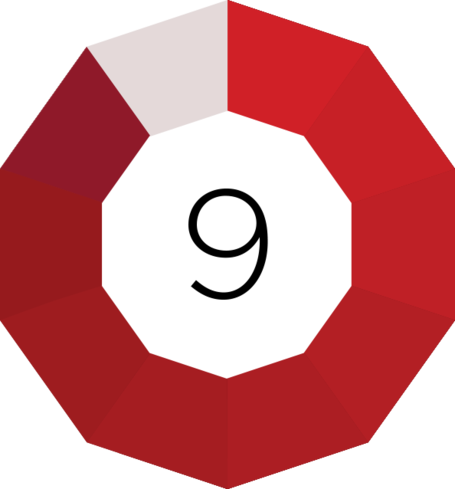