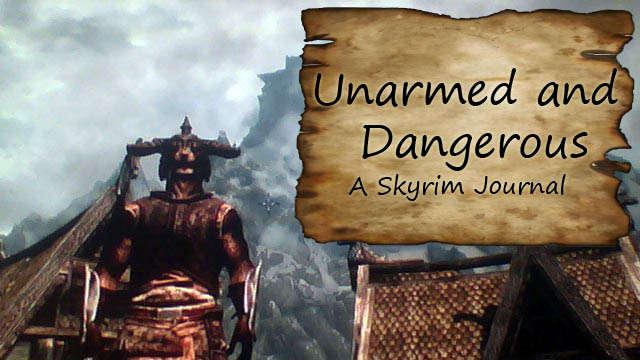 My name is Jibba Jabba. I am Khajiit. This is my journal, of my time in Skyrim.

1. Fists and non-destructive magic only

2. No houses, carry all equipment all times

After silly mix up with bandits, Jibba decide to read bounty more carefully. Apparently, place called Halted Stream Camp is place to go. Jibba has learned lesson. Decide to scout out location first, then move in with plan. Jibba had good plan, plan was made of two parts.

Part 2: Kill all people in camp. 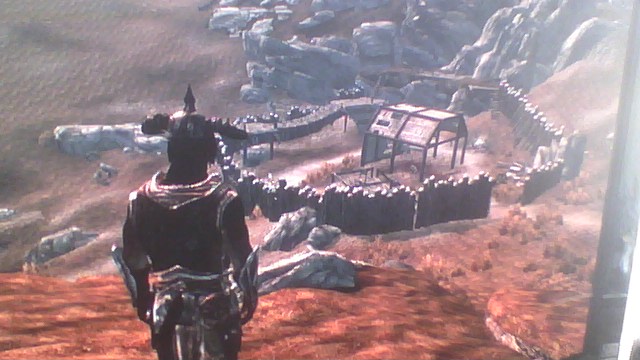 This was good plan! Jibba crush skulls of four silly men one after the other. One try using magic like cowardly weakling, but Jibba too fast and too strong for fancy lights and sparkles to hurt. Jibba pleased with days work, once right target selected, but night was closing in. Jibba decide to head back to town, drop off pile of armor and weapons gathered from Halted Stream, and then get some rest. Jibba may not care for weapons, but Jibba does care for gold. Rest of bandits could wait for morning.

Back in Whiterun, Jibba head to blacksmith woman and Belethor to pawn off these sacks of stuff. Got a bit of cash for them, not enough mind, but a bit. Jibba head over to nearby tavern, to eat and rest. Meet nice man called Sigurd, apparantly he works for Belethor. Nice enough man, but has strange personality problem. He kept telling me, over and over, while eating largest sweetroll Jibba has ever seen! 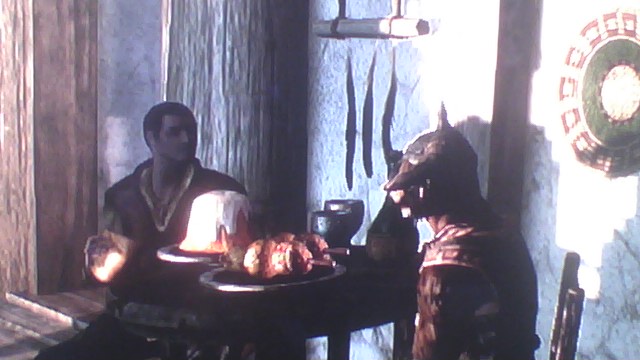 Jibba finish his meal and rent room from bar-woman. Decent enough room, spacious and clean, but had wide open doorway between room and tavern. Jibba could hear silly singer all night! Have good mind to talk to bar-woman later about stupid architectural design choices, but Jibba is busy Khajiit, bandits not kill themselves.

Jibba made way to Halted Stream Camp again, and checked to see if guards outside had been replaced. It seemed that no-one had noticed my earlier assault on camp, and the bodies were all laying where they fell. Jibba notice strange smells coming from them, and cursed sensitive nasal passages. Jibba decide to get on with task, and headed inside to empty cave system of wretched bandits. 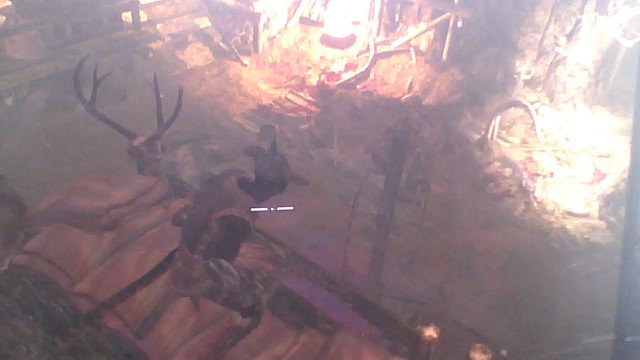 How strange! Jibba find corpse of mammoth inside camp, which confused Jibba, as one could clearly not fitted through tiny, man sized doorway. Bandits stripping carcass of useful meats and tusks, too busy to notice Jibbas approach. Jibba take one from behind, a single mighty claw strike felling the fool. Rest of bandits notice screams, and converge on Jibba quickly. Decide best course of action is choosing better ground to fight on, and retreat up stairs, hoping to funnel bandits off. Plan works well, and rest of bandits go down one by one, with little fuss. Jibba identify bandit leader, strip him of all valuables, and head back to collect reward. 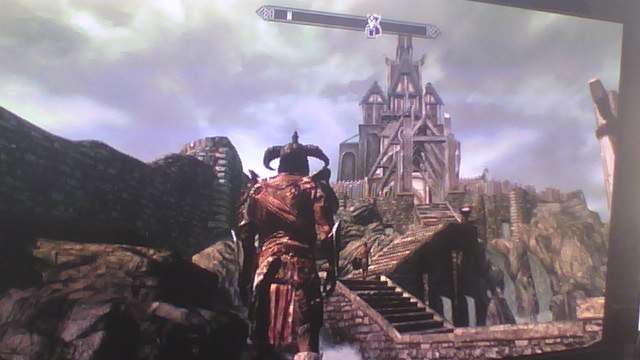 Jibba finally head up to place called Dragonsreach, where local Jarl holds his court. This should be man to give Jibba reward for heroically killing dastardly bandits. Stairway is long and winding, and Jibba nearly fall into stupid ornamental lakes either side. Guards not even try and help, Jibba sees how it works here, too good to help Khajiit. If it were some Bosmer hussy or an fat Imperial merchant, Jibba thinks they would act differently.

Jibba enters hall of Dragonsreach, and sees this Jarl, a lazy man, who sprawls in his extravagant chair. Hear some silly bickering, but ignored it, and made way to steward, to collect reward. Before Jibba reach him, rude, aggressive elf woman bar Jibbas way, and demand to know about dragons. Jibba tell elf woman about the attack on Helgen, and then tell Jarl. Jarl seem interested, and ask Jibba to follow him to court wizard. Jibba say yes, but make sure to collect bounty for bandits first! Court wizard talk about dragons and magic, and Jibba not really understand. Wizard tell Jibba of a job, to collect a stone from nearby place. Seems like easy job, so Jibba accepts.

This time, Jibba makes sure to check the map first. 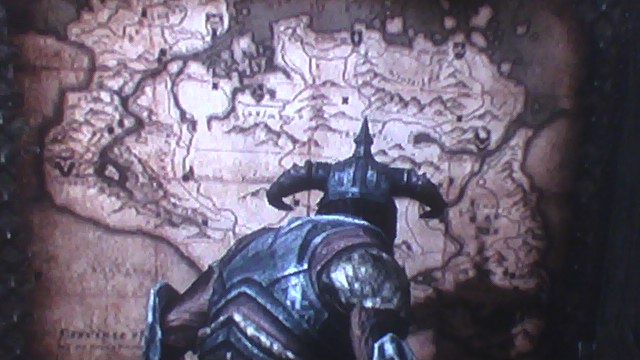