So I just finished The Walking Dead Season 1 and... wow. I can only think of a couple of times when a video game has so rattled me emotionally. I could barely play Episode 5. I thought it might be interesting, though, to talk about the choices we all made throughout the game and why we made them. After all that's kind of the point... isn't it?

To get the conversation started I'll pull the stats from the website and jog everybody's mind about the decisions we were asked to make when other's lives hung in the balance. 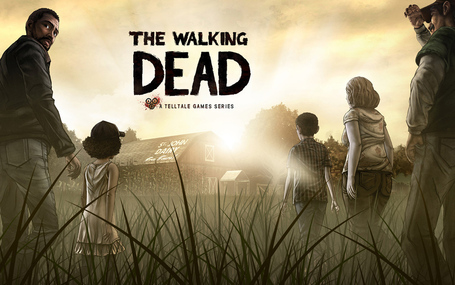 When walkers attacked and you had to choose between saving Duck and saving Shawn what did you do?

When you had the chance did you tell Hershel the truth about your past?

When you were given the choice between saving Carley who can shoot and Doug who's good with computers which did you choose?

When confronted with a woman that wants assistance with her suicide what did you do?

When confronted with throwing a child out on the street or risking the danger of keeping him around what did you do?

When confronted with a man in a bear trap that needs your help could you do the gruesome deed?

When a strange woman confronted you with a crossbow did you shoot first and ask questions later or the opposite?

When stuck in a freezer with a large man potentially turned walker did you try to save him or assist in his murder?

Did you let vindictiveness take over and kill both of the farm brothers?

When confronted with a potential horde of supplies that may belong to others that desperately need them did you take care of yourself or respect their properties?

Did you let a girl fight a hopeless battle for herself to gain some extra time or did you put her out of her misery?

After Lilly does the unthinkable did you leave her to rot on the side of the street or take her with you in an act of kindness?

When trying to get through to Kenny after the deaths of his son and wife did you have to fight him or were you able to talk him down?

Did you watch Kenny kill Duck with his own hands or do it yourself?

During the train escape did you help Omid or not?

Did you again let Kenny do the killing or did you kill a baby zombie for him?

When you came upon a doctor that could help you a great deal how did you try to convince him to join your side?

When faced with the possibility of leaving Clem behind while searching for supplies did you take her with you or leave her at the mansion?

With Ben's life hanging in the balance did you pull him up or drop him?

You've been bitten by a walker. Do you tell the others?

You've been bitten and are clearly feeling it. Do you try to stop the progression of the virus through your system by having your arm cut off?

When Kenny starts asking the wrong questions did it test your relationship with him?

When the man holding your adopted daughter asks you to put your weapons on a table do you hide something from him or come clean?

When the time came could you kill the kidnapper yourself or did you rely on the strength of Clem?

By the end of the story did you ask Clem to do the unthinkable or did you turn into one of them?

I'd also be curious what everybody's party makeup at the beginning of Episode 5 was and what decisions people made and regretted later or immediately... The major strength of Telltale's game, I think, was that it taught me a lot about myself and made me think about the person I am and the person I maybe would be in very trying times. I don't think it would hurt any of us to have a bit of reflection...