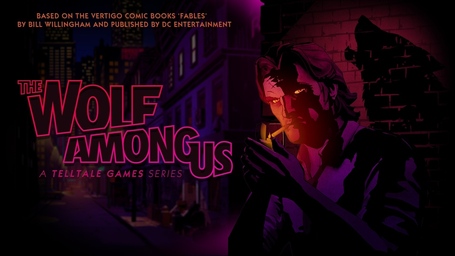 So what did you guys think? I thought the combat and choice elements were much more involving then Walking Dead's, and I enjoyed the more fantastical setting. I was rather impressed by the two conversations between Bigby and Toad, and never really questioned the fact that I was talking to a knee-high frog. Same goes for conversations with Collin, Bufkin and the Magic Mirror. It's a strange sensation when a talking pig asks you for a cigarette and it feels completely natural. The entire intro to the game was also a standout moment. The neon drenched shots of New York show that while the Tell Tale Engine is dated, it is still capable of some beautiful imagery, and the fight with the woodsman was a great intro to the darker elements of the Fables Universe. And I have to talk about the bar fight. What a fantastic sequence! This is easily the best part of the episode, and perhaps one of the best moments Tell Tale has ever crafted. It plays so well, and the final decision of whether or not to tear off Grendel's arm in order to teach him a lesson was pretty cool. If their was one complaint I had it was that the first episode sort of mirrored the first volume of the Fables comic. The scene with Collin is lifted right from the pages of the first volume as is the murder mystery premise. By the end of the episode this isn't really a problem though, as the final scene makes it so long time Fables fans won't be able to get too comfortable with the prequel. Even having read some of the comics, I honestly have no idea what will happen next, and I could not be happier about that.

So what did you guys think of the episode?