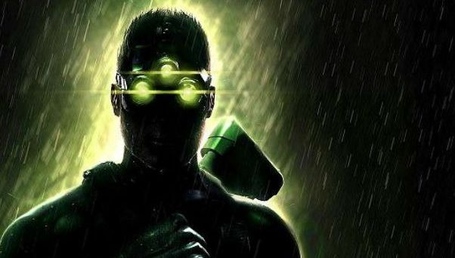 Splinter Cell used to be one of my favorite franchises and easily my favorite of the Tom Clancy branch. In my opinion the franchise hit the ceiling when they released Chaos Theory, not only it was the best Splinter Cell game to date, but right up there among the top with few other stealth games. The games somehow pulled off brilliantly making you feel like a Spy in the darkness. Strangely the sentence "Those nights never existed" always flashes up in my mind from time to time.

However, ever since Double Agent. The series completely lost it's bearings. It failed to capture the brilliance of it's previous entries and sometimes it felt it was not even trying to, which was even more scary. With Blacklist, I can't put my finger on it. Sure there are some action scenes, but developers also showed you can go stealth if you want. I really hope the game actually forces you to make stealth a better option instead of going all out guns blazing. Also gonna miss Ironside's voice :(

What do you guys think of Blacklist so far? Is it a game about ubisoft continuing to experiment and explore other areas of videogames, or is it finally about getting back to the root of the series?