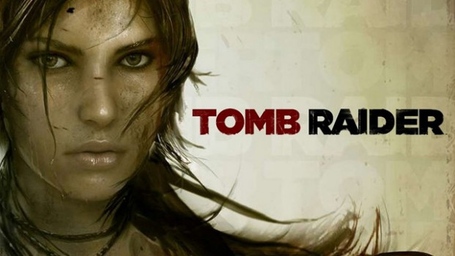 Alright, so I know at least a few people have this game already. And this is where we'll most likely be talking about it.

However, I'll give my first impressions of it so far to give them some "heft".

This is pretty much a reboot/prequel if there ever was one. The game starts off early enough getting you to know the crew of the ship that's taking you to a destination that Lara has set for them to investigate something she's been researching for some time (yep, early Lara in the works for sure). The lengthy cutscene introduces all the major characters we'll be seeing for a while, and even does a good idea of sort of setting the seen for potential recurring characters if this does well enough for sequels (I have a feeling it might). The story of this game is actually pretty damn good, and though it does sort of offshoot from what we've seen in other videos, it quickly steers itself right where we've seen all the gameplay before.

The gameplay itself is surprisingly reminiscent of earlier Tomb Raider games; with the added bonus of looting, scavenging, hunting, skills set, weapon upgrades, fast travel... okay, so it's definitely and upgraded Tomb Raider. There is one thing that I love though that may surprise you. The FEEL of the weapons. Especially the bows. I don't know what it is, but firing those things feels like there's some real power to 'em. There's also some cover based shooting, but the enemies are more adept at trying to snuff you out; using fire arrows to try and burn cover, or actually trying to get to you (that may also be because I haven't really played many of these types of games too, eh, oh well).

One thing I particularly liked was finding journals scattered in certain locations. This game strongly encourages you to explore to get every ounce of scavenge you can possible get your hands on, as this is how you'll be upgrading your weapons. These journals usually contain some decent backstory for the characters and gives you a better picture of what's been going on on this island.

I've only been playing about an hour or so of this game, but already it's shaping up to be a very memorable experience.

So, what have you got to say about this game game?

Let's hear about it!