GoT compared its past with its present, and so we did, too

Share All sharing options for: See how Game of Thrones mirrored its very first episode with the season 8 premiere

“Winterfell,” the first episode of the final season of Game of Thrones, and much of its running time is spent echoing the events and images of season 1, episode 1, “Winter Is Coming.”

Take, for instance, the moment that Winterfell welcomes royalty in two very different circumstance. The Baratheons and the Lannisters arrive to Winterfell in the show’s first episode, but it’s Jon and Dany who arrive with their army in the season 8 premiere.

And the arrival of Jon and Dany, in general, is much more impressive visually. Here’s a comparison of the shot from both episodes: 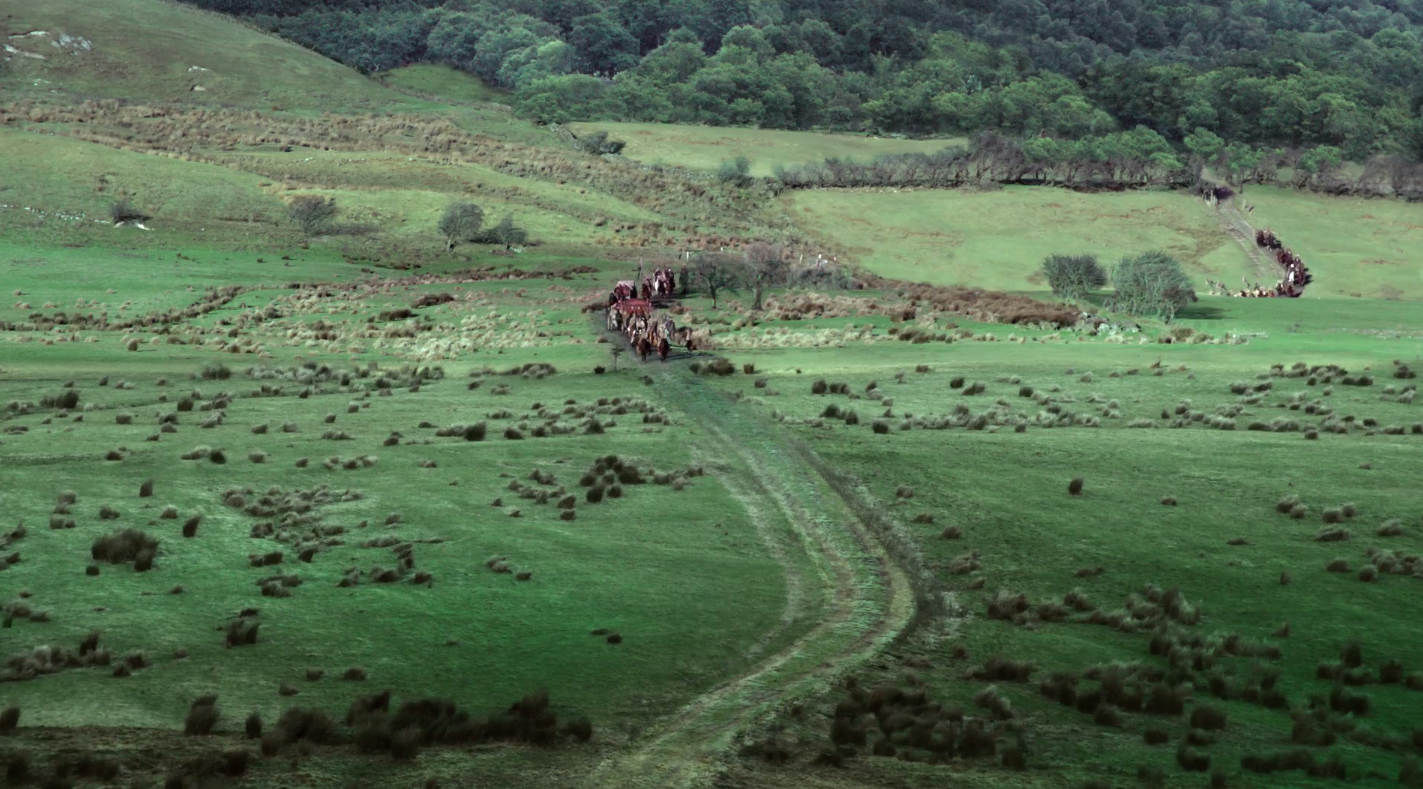 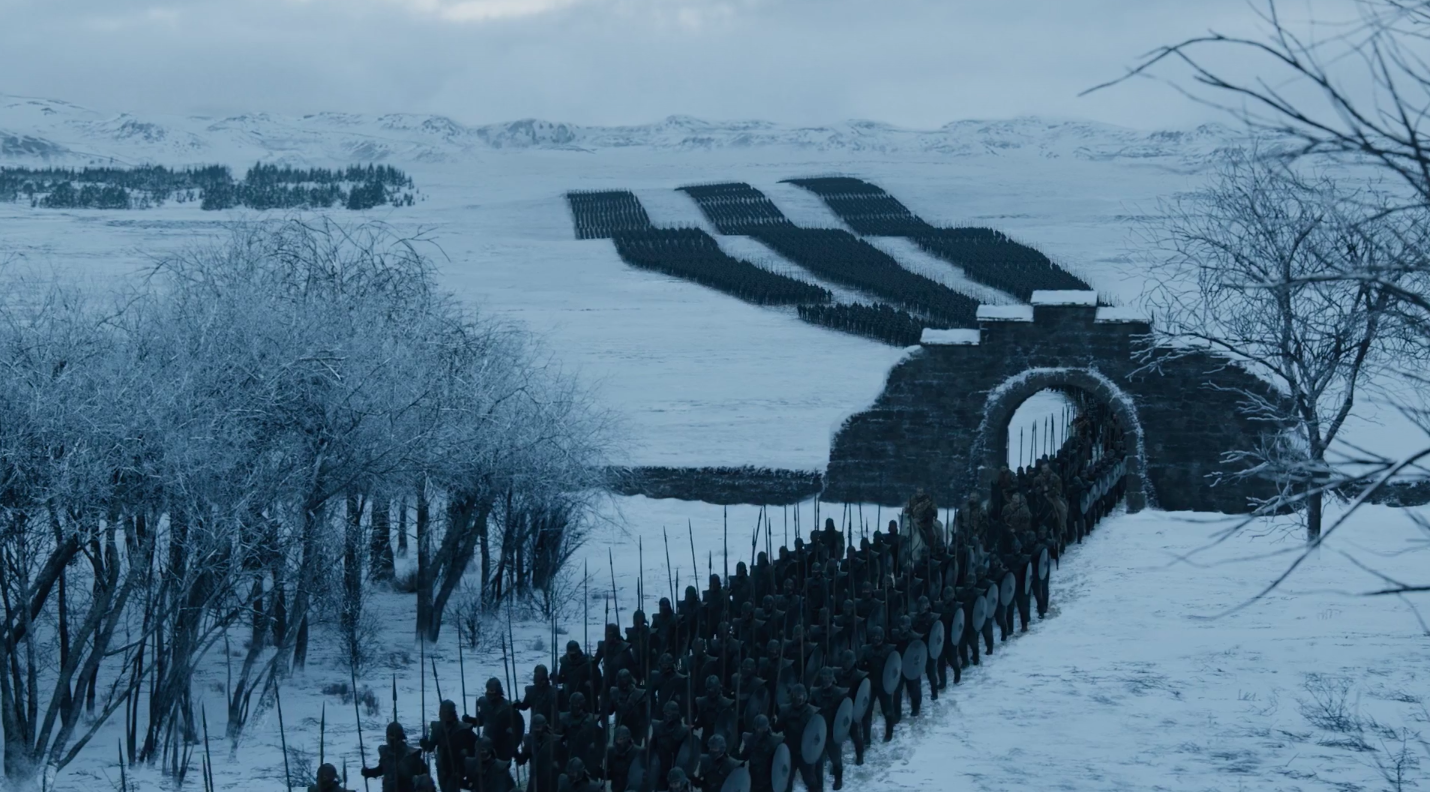 The arrival of royalty

The Stark family lines up to welcome their visitors in the first episode, compared with the surviving Starks lining up to do the same upon the arrival of Jon and Dany: 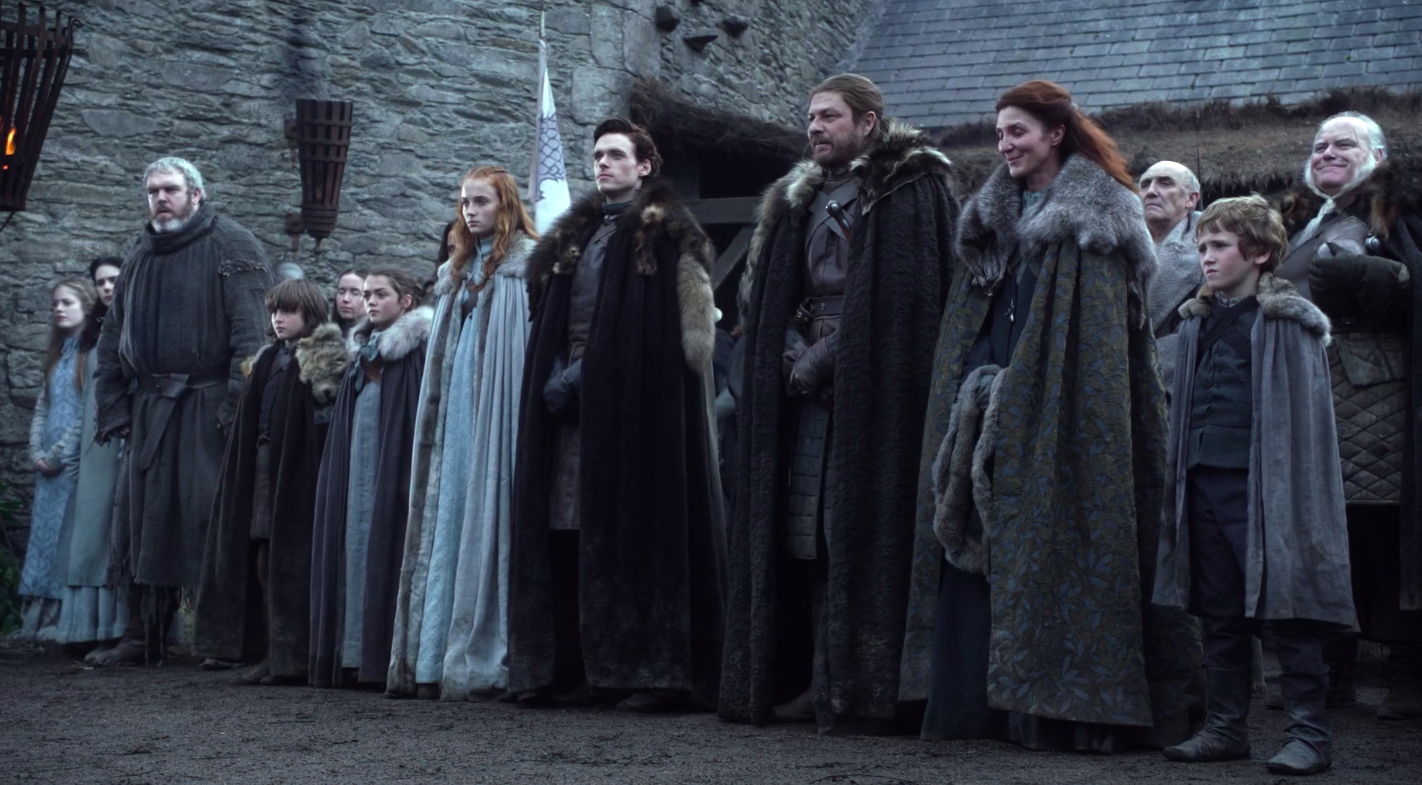 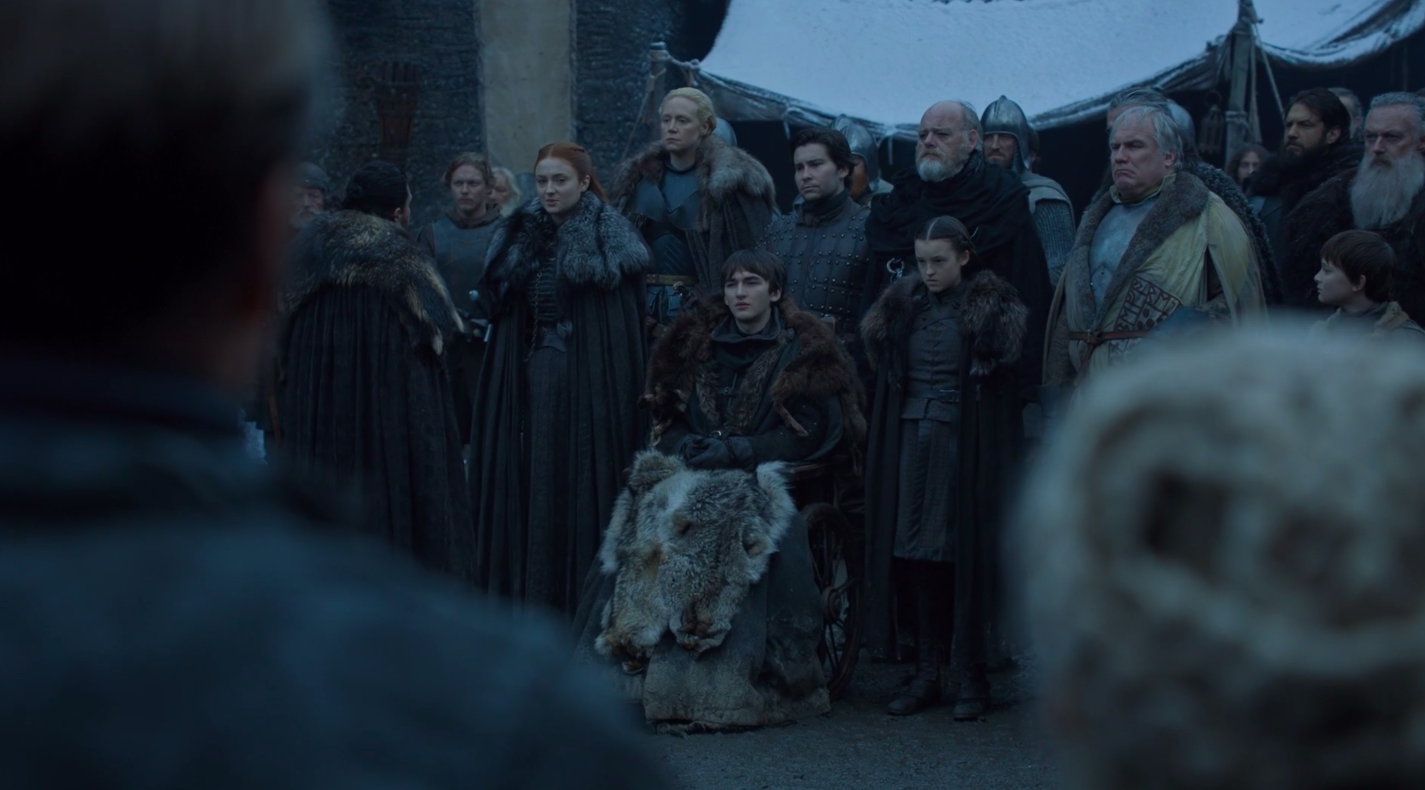 Say hello to your King and Queen, I guess.

An interesting note: Ned Stark asks where Arya is in the original episode, while Jon asks where she is in the season premiere.

Jaime Lannister also arrives to Winterfell in both episodes, and he may be the character to which the years have been the least kind, at least visually. He entered the story as an arrogant young knight in fancy armor. In the present, he’s getting ready to end it with only one hand, and with his back turned from Cersei, as he prepares to fight the White Walkers. 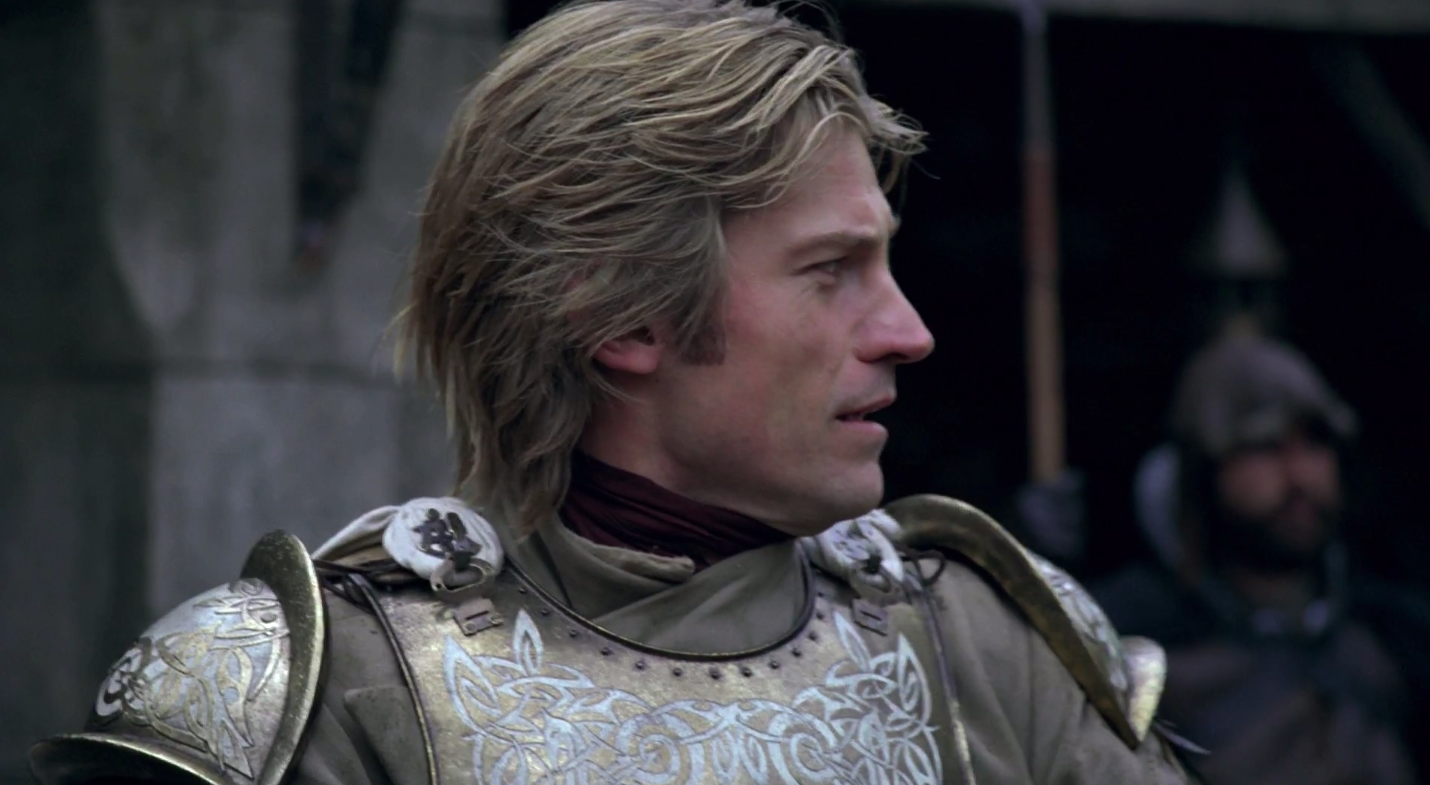 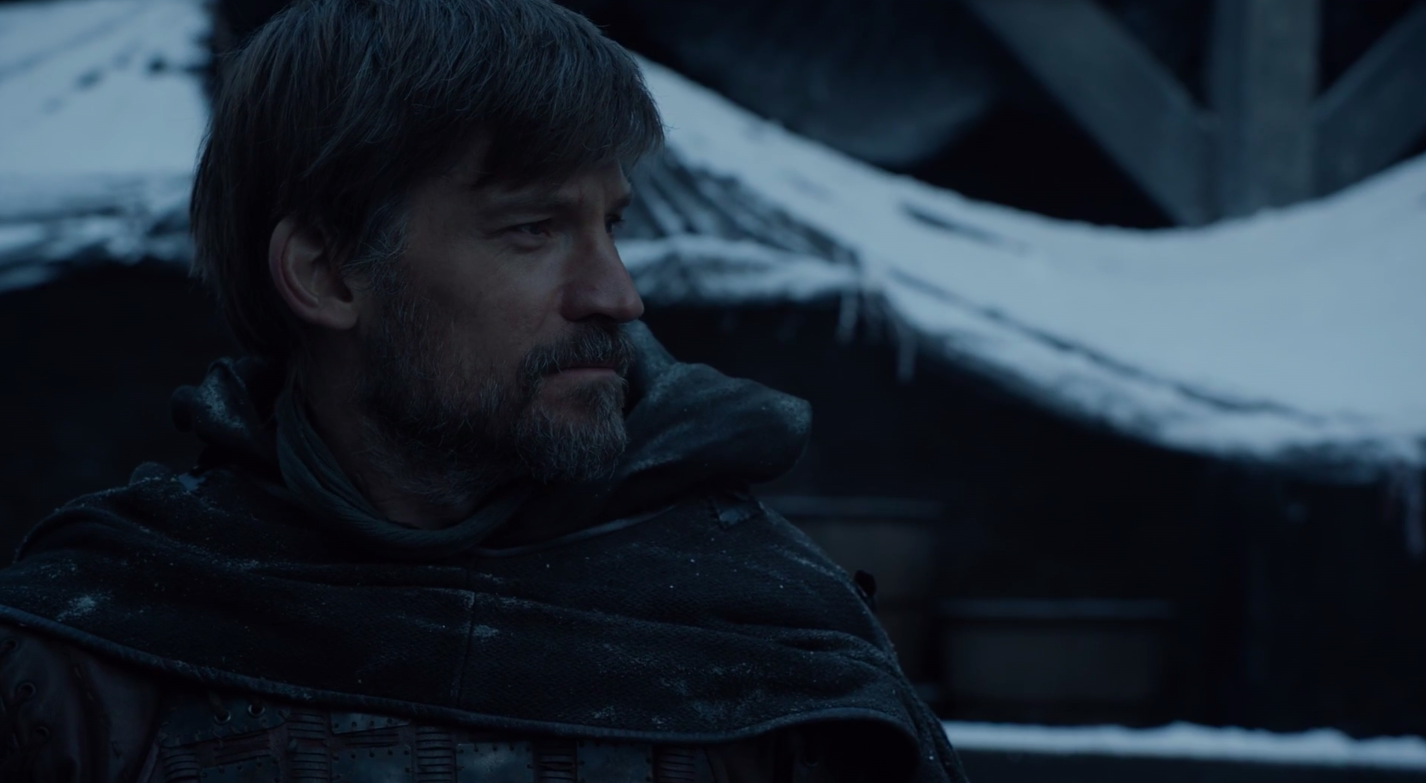 Catelyn and Ned Stark look down at their children practicing the bow and arrow in the first episode of the show, while Davos, Varys, and Tyrion look down at Jon and Dany interacting in the season premiere. In both cases it seems as if they’re sizing up the future itself. 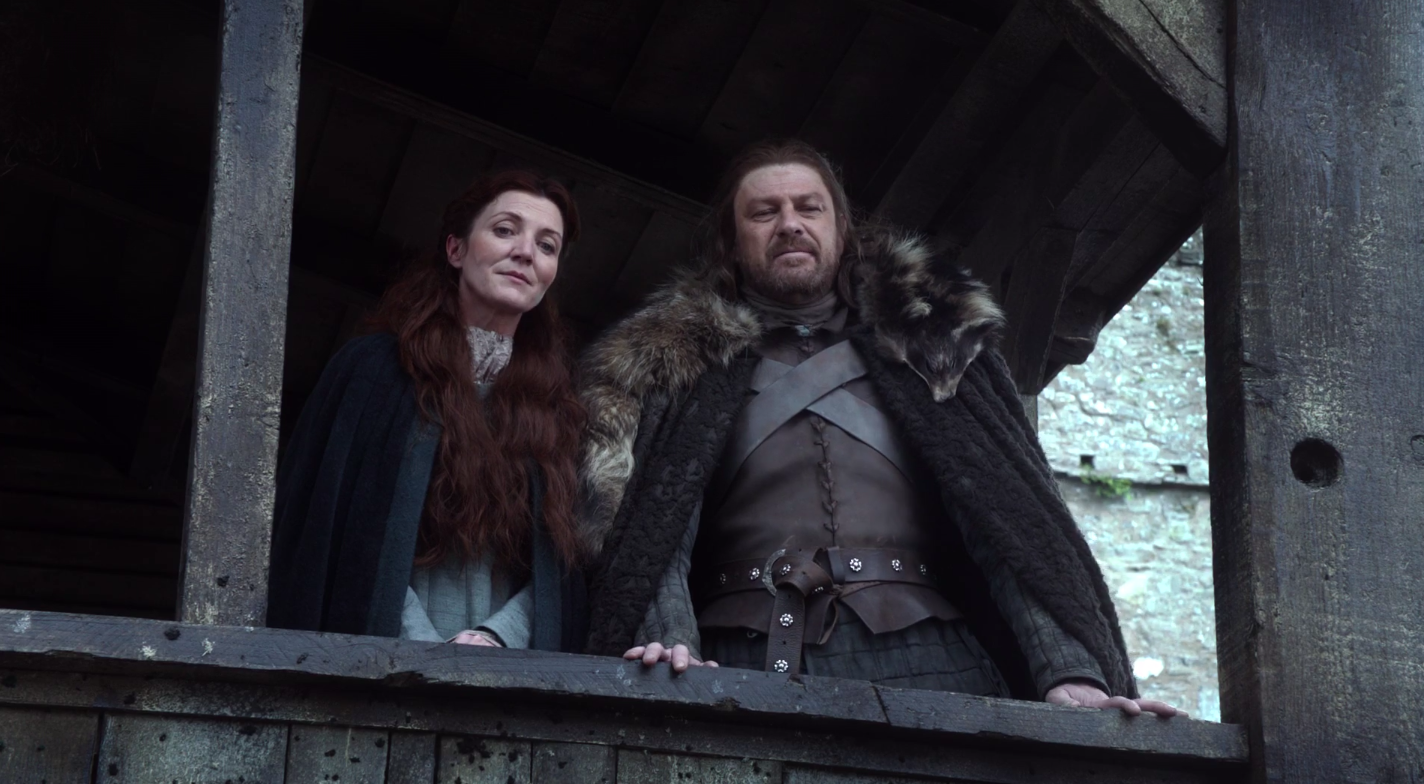 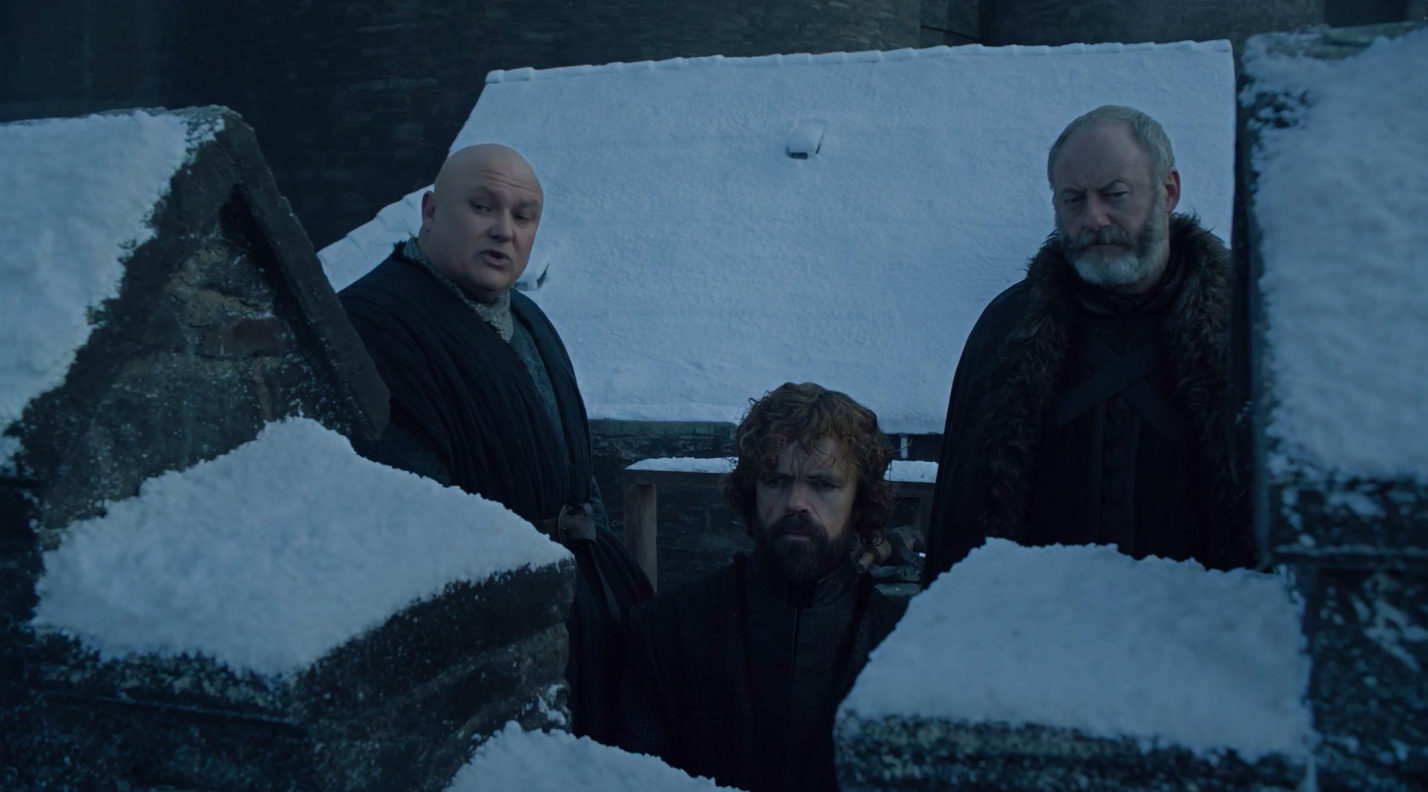 Thinking about the future

Both episodes have a scene that takes place in the crypts, and in both scenes, a portly, bearded man tells a northern king news they’re not quite ready to hear. 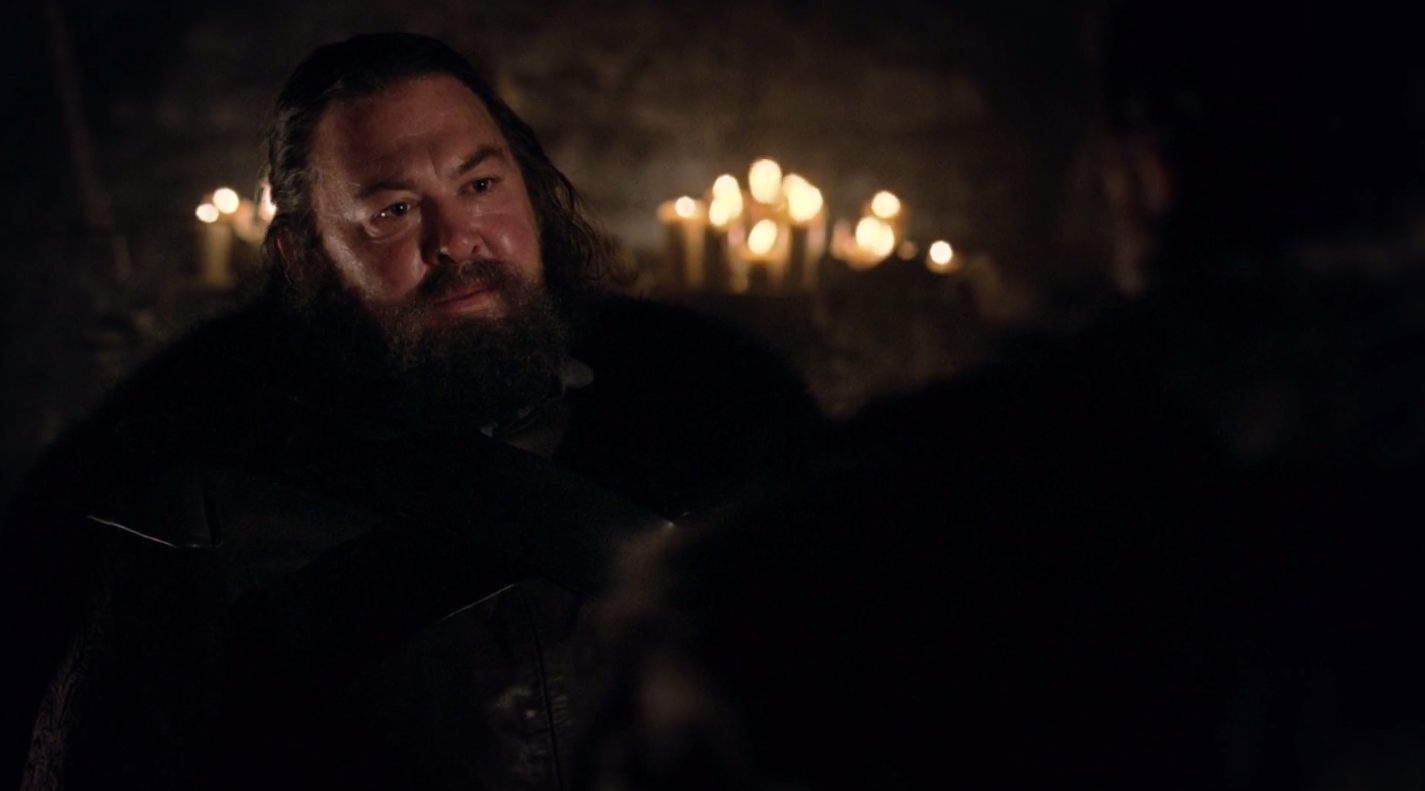 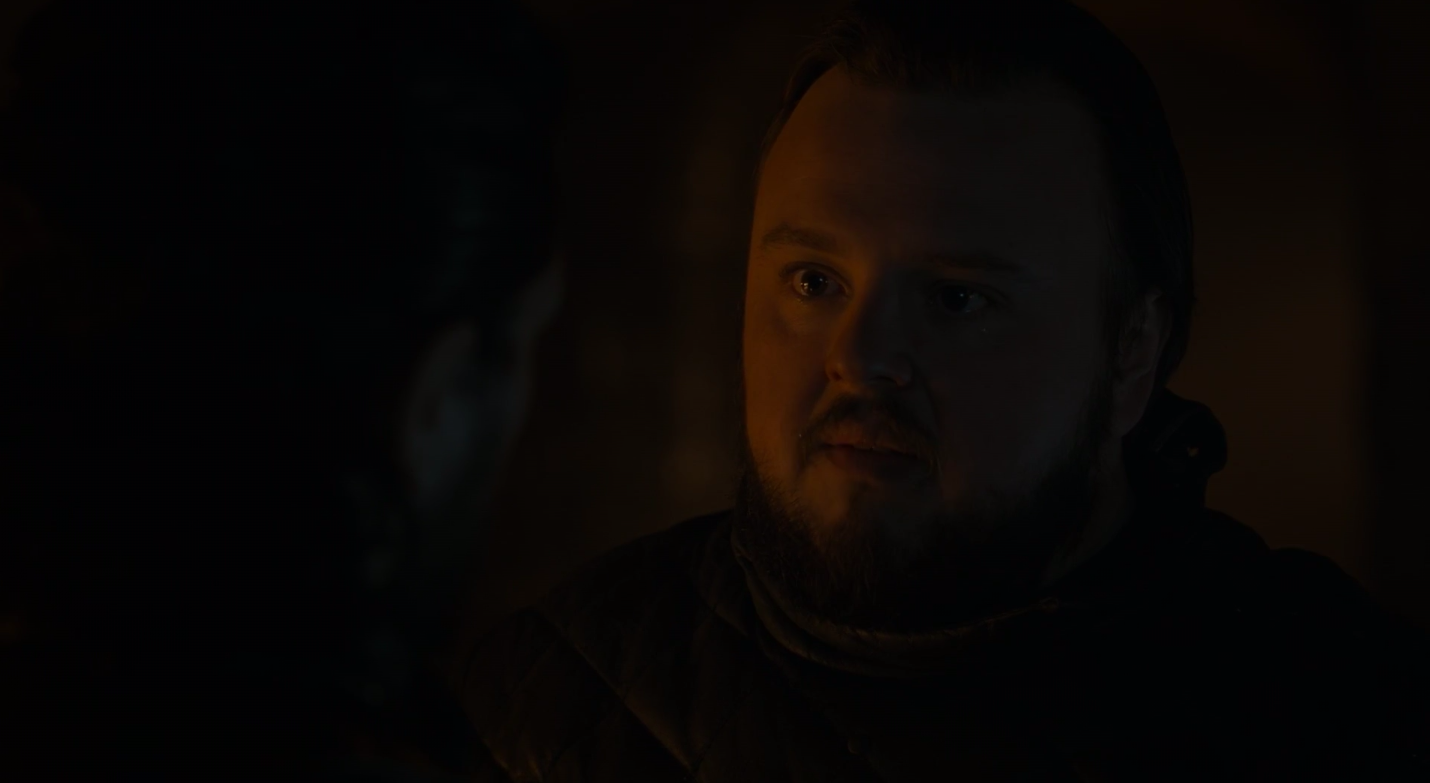 Sam is a bit better about shaving, though

Cersei sends Jaime to collect Tyrion, who is off enjoying the company of one — and then four — prostitutes in the first episode of the show. In season 8, and now queen, she sends Qyburn to interrupt Bronn’s time with three prostitutes.

There are shots from this moment that are a bit more similar than the ones I’ve selected, but I’m trying to keep this safe for work. 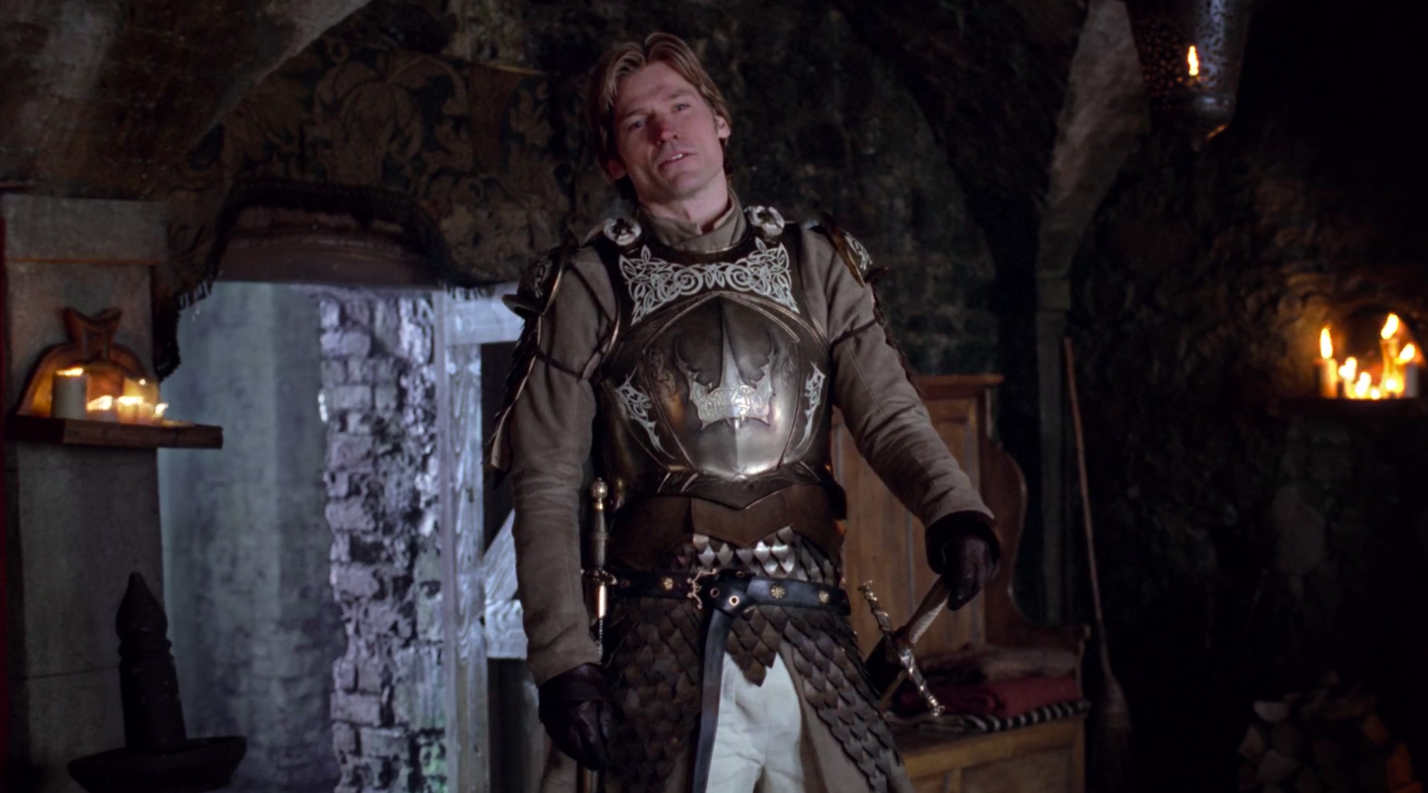 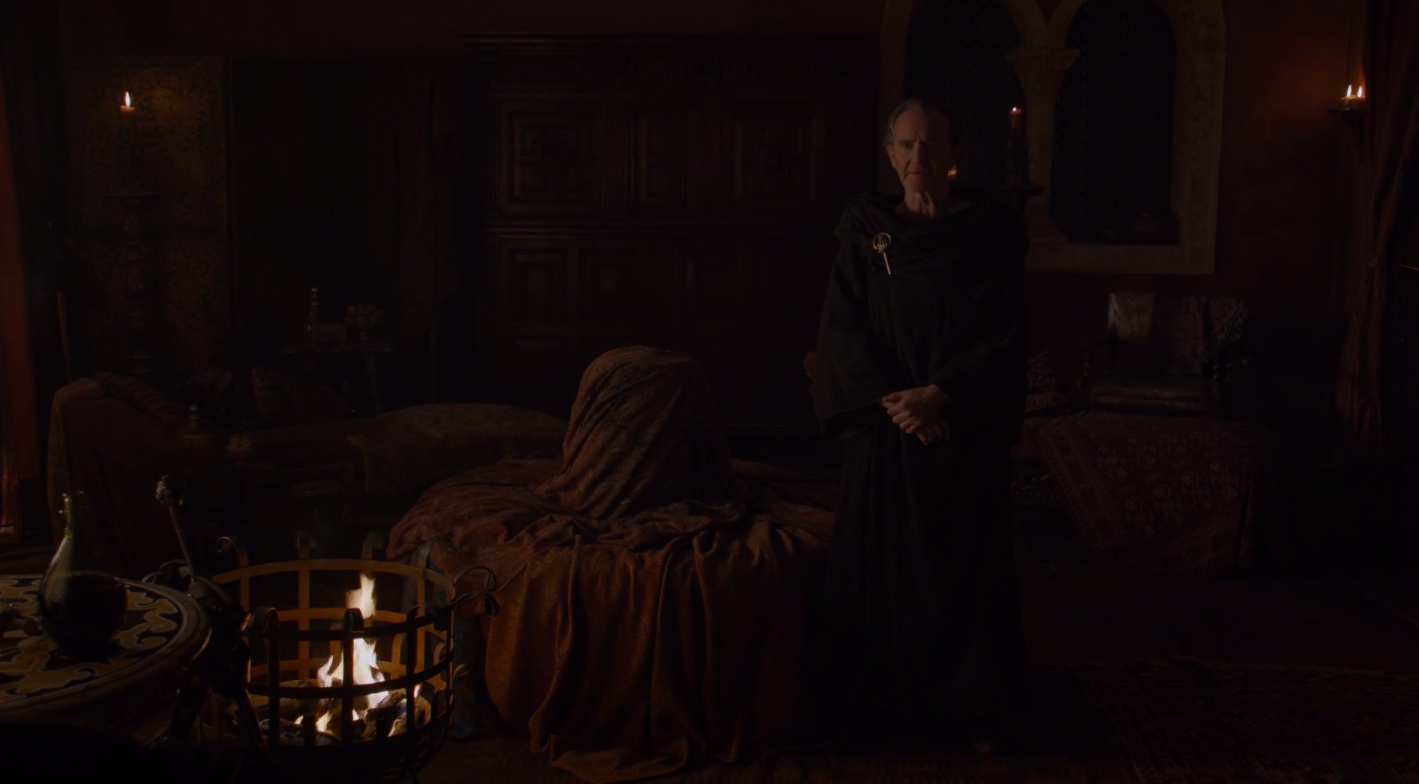 Both Thrones episodes also end with a cliffhanger involving Jaime and Bran, but the mood changes dramatically between the two scenes. I guess that’s bound to happen when one scene involves beautiful people surprising the audience by cold-heartedly destroying the innocence of youth, and the the scene deals with a young man who has since become an omniscient being of lore. They grow up so quickly.

These echoes weren’t a coincidence, of course.

“That queen’s arrival scene was really interesting, because it really was pretty much exactly the way we had done it before [in season one],” Hempstead Wright, who plays Bran, told The Hollywood Reporter. “It brought back a lot of memories. Here we were, standing next to each other once again, now in completely different height order, and me sitting down, ten years older.”

Making sure that the first episode of the final season is so similar to the first episode of the show itself is an effective way to show how much time has passed between the two moments, and just how different these characters have become. It gives use another reason to miss those who have died, and to see how everyone else has grown, or perhaps degenerated.

I’m also still curious about when Jaime will learn the Jedi arts before exiling himself to a deserted island. 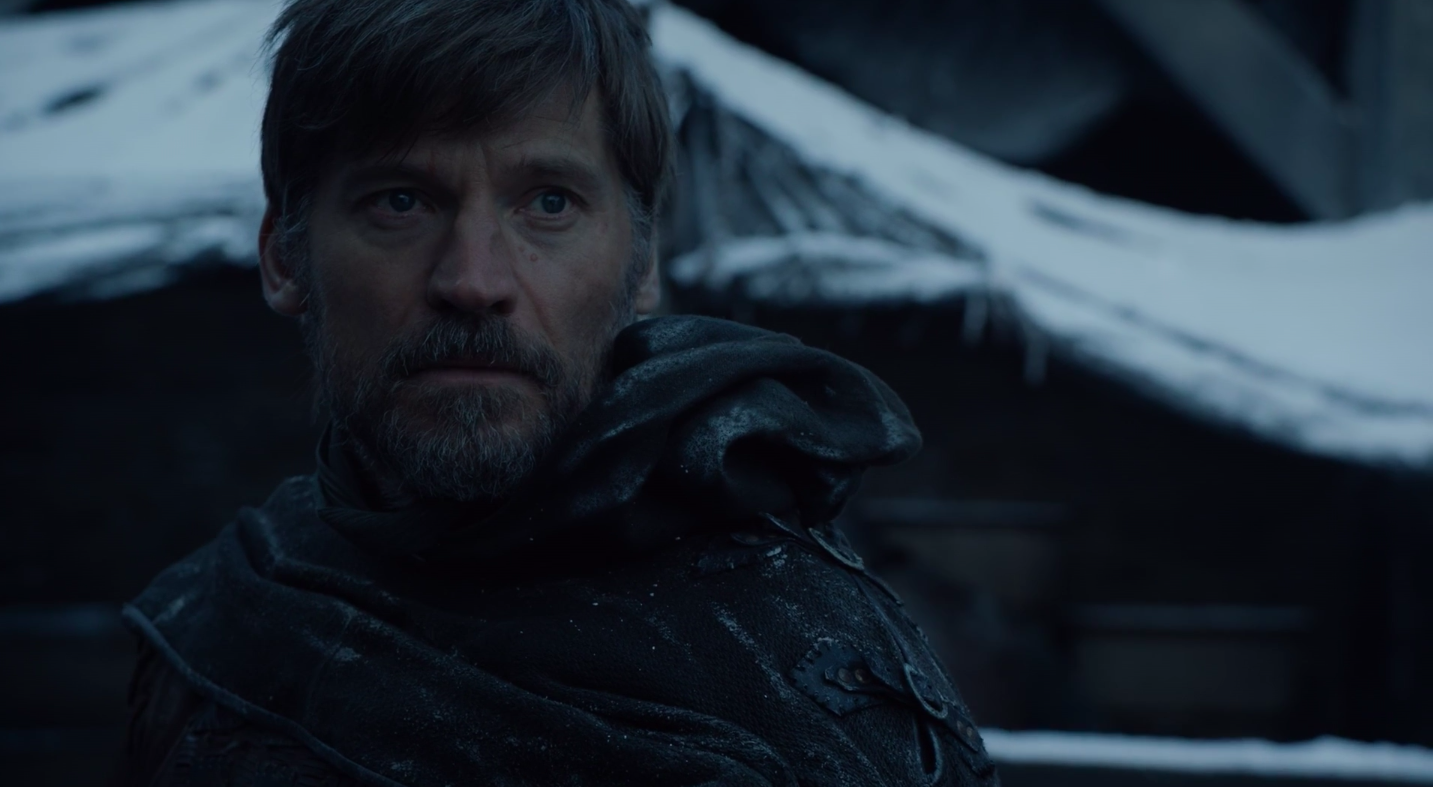 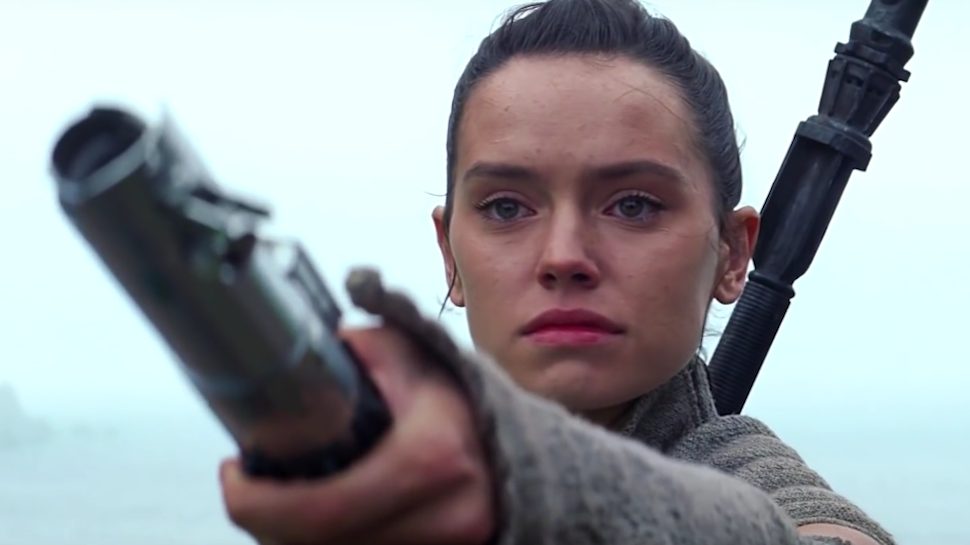 Was anyone else thinking this?