The Game of Thrones series finale ended where the show began

What does it mean?

Share All sharing options for: The Game of Thrones series finale ended where the show began

Game of Thrones’ eight-season saga is now finished, and in a practice that is not uncommon in prestige television, the end of the series harked back to the beginning. In fact, the show literally ended in the same place it started.

The series finale, “The Iron Throne,” and the pilot episode, “Winter Is Coming,” both focused on the nexus of the show’s drama: the North. And in a meaningful bit of parallelism, the show reminded us of the origins of the people of Westeros. Let’s take a trip back through time to break down what it all means.

[Ed. note: The following contains major spoilers for Game of Thrones all the way through the series finale, “The Iron Throne.”]

How did Game of Thrones end?

The end of the series’ final episode showed us the fates of the four surviving members of House Stark. The youngest of the Stark clan, Brandon Stark, is serving as the ruler of Westeros: Bran the Broken, First of His Name, King of the Andals and the First Men, Lord of the Six Kingdoms, and Protector of the Realm. (Bronn, the Master of Coin, is presumably finding a budget for the construction of a new, wheelchair-accessible throne, since Drogon melted the iron one.) Arya Stark is sailing westward to explore the world beyond “where all the maps stop.” Sansa Stark is the Queen in the North, leader of a region that is once more an independent kingdom.

And Jon Snow, the man who was briefly known (to a select few) as Aegon Targaryen, does not get to choose his own ending. As the result of a compromise between the Unsullied — who want Jon’s head because he killed their queen, Daenerys — and the Starks, Jon is exiled to the Night’s Watch. (When Tyrion tells him of his fate, Jon’s response echoes what we’re all thinking: “There’s still a Night’s Watch?”)

Jon heads north to Castle Black, where he encounters his old wildling friend Tormund Giantsbane and a group of the Free Folk. (Oh, and another old friend: Jon’s direwolf, Ghost.) In the final moments of the episode, the three ride out from Castle Black, leading the wildlings north of the Wall. 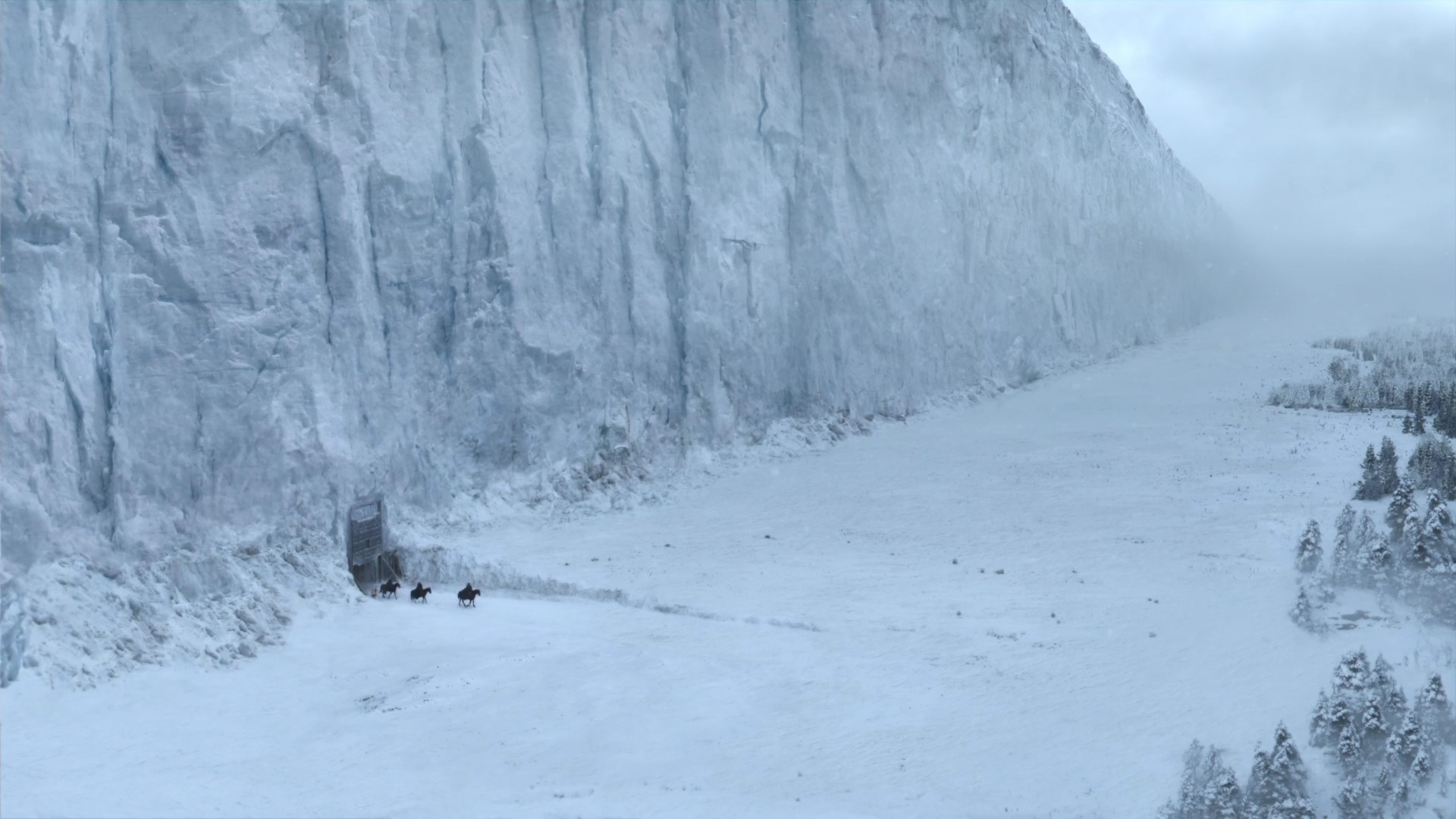 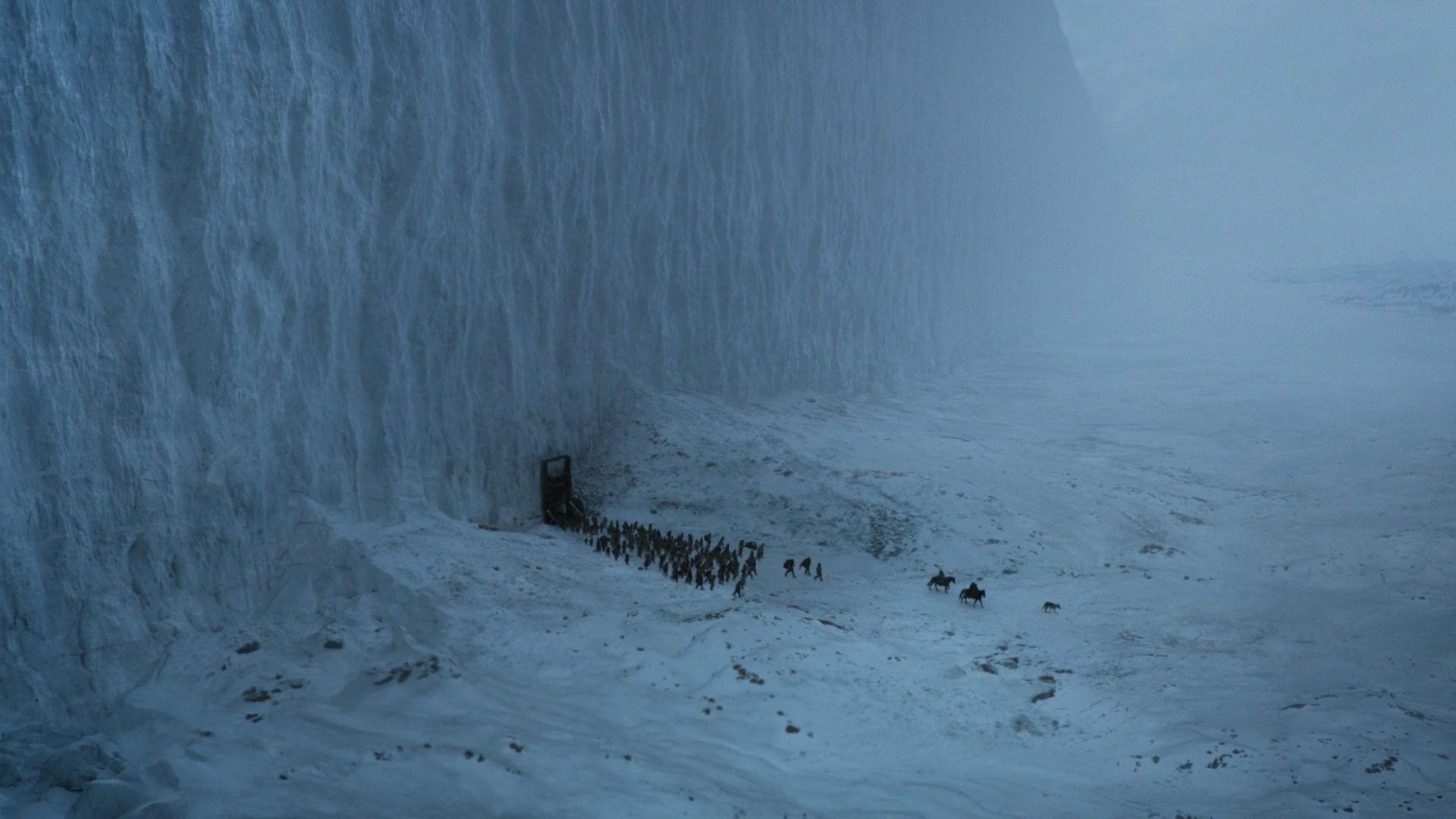 Wide shots of the Wall from Game of Thrones’ pilot episode (left) and series finale (right), with men of the Night’s Watch heading north from Castle Black.
HBO and HBO

Wait, how did Game of Thrones start?

The very first shot of Game of Thrones shows three rangers of the Night’s Watch — Gared, Ser Waymar Royce, and Will — on horseback at Castle Black, waiting for the gate to the tunnel through the Wall to rise. The Night’s Watch is responsible for patrolling the lands beyond the Wall, keeping an eye on the Haunted Forest immediately to the north for threats such as direwolves and wildlings.

The group heads into the Haunted Forest to investigate reports of wildlings approaching the Wall. Will comes across a group of wildlings that have been massacred, their bodies dismembered and arranged into a strange pattern. When he fetches his comrades, they return to the area to find that the bodies are gone. Will is eventually chased by the reanimated corpse of a wildling girl — we’ll come to know them as wights — and runs into a White Walker beheading Gared. Terrified, Will flees south and ends up being captured near Winterfell, where Ned Stark beheads him for the crime of desertion.

What does the series finale’s final shot sequence mean?

The humans who live north of the Wall call themselves the Free Folk; it’s the people of the Seven Kingdoms of Westeros who refer to them derisively as “wildlings.” (In turn, the Free Folk refer to everyone else as “crows” and “southerners.”) The Free Folk, like the inhabitants of the North, are descendants of the First Men — the first humans to settle the continent of Westeros, following the nonhuman Children of the Forest.

The war against the Night King, the White Walkers, and their army of the dead pushed the Free Folk to do something they would never have done under their former leader Mance Rayder: They pledged their allegiance to Jon Snow and fought alongside the “southerners” on the side of the living. But as Tormund told Jon in season 8, episode 4, “The Last of the Starks,” the North “isn’t home” for the Free Folk; he intends to bring them up to Castle Black and then “back where we belong” — the frigid expanse beyond the Wall.

At the very end of the final episode, Jon accompanies Tormund and the wildlings as they travel north from Castle Black. He is once again Lord Commander of the Night’s Watch, that fabled group of exiles: the sword in the darkness, the watcher on the walls, the shield that guards the realms of men. They ride into the Haunted Forest, just as those three rangers did in the series premiere. Back then, the Free Folk were the enemy of the Night’s Watch, along with the White Walkers lurking in the woods; now, with the Night King eliminated once and for all, they are friends.

In a way, the end of Game of Thrones maintained the status quo. Dany’s quest to “break the wheel” was successful only in that it replaced Westeros’ hereditary monarchy with ... an oligarchy in which the Great Houses of Westeros will continue to vie for power.

Jon led the mission to defeat the White Walkers and save humanity. But as someone who was raised a bastard, he voluntarily joined the Night’s Watch early in season 1; Jon never wanted the Iron Throne for himself because he never thought he’d be one of the lords of Westeros, let alone the king. The Great Council will now vote to select new monarchs of the Six Kingdoms, and it feels right that the one person with the most legitimate hereditary claim to the throne won’t be involved.

Instead of being integrated into Westerosi society, the Free Folk are returning to their ancestral home north of the Wall. While there is now peace between them and the “crows,” they will still live on their own — even though they’re members of the human race just like the lords, ladies, and commoners of Westeros. The Song of Ice and Fire is complete, and the game of thrones is over, but the wheel keeps spinning.

Game of Thrones finale: who won, who died, what’s next, and what’s left

Next Up In Game of Thrones