Amnesia: The Dark Descent developer Frictional Games is teaming up with Dear Esther developer thechineseroom to create a new installment in its atmospheric horror franchise, titled Amnesia: A Machine for Pigs. The developers hope to release the game, which was teased by a suitably terrifying ARG earlier this month, on PC before Halloween.

Speaking to Joystiq, Dear Esther writer Dan Pinchbeck explained, "It's not a direct sequel, in terms of it doesn't follow on from the story of Amnesia. It doesn't involve the same characters." The game will follow an "alternate history" in the same universe as the original, which surprised critics and PC gamers alike with its well-measured mix of horror, stealth and adventure game mechanics.

This time around, newly cast protagonist Oswald Mandus is haunted by visions of a mysterious machine which plague his dreams as well as his waking life. We're assuming the machine in question is for porcine use only, but we'd really hate to jump to conclusions so soon. 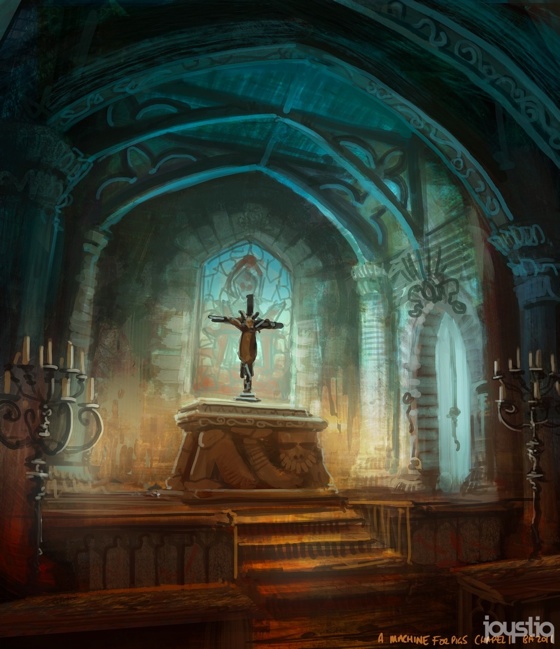 The announcement comes a little over one week after Dear Esther's Steam launch, where it managed to recoup its Indie Fund financial backing in a little under six hours. It is available now on Steam for $9.99, as is the original Amnesia: The Dark Descent, which will run you $19.99.