Assassin's Creed 3 will see the war between the Assassins and Templars reach the events of the American Revolution, Game Informer has confirmed. The next installment in Ubisoft's stealth-action franchise is the focus of GI's April issue, the cover for which can be seen below.

GI explains that the game is set in the "latter half of the 18th century," and sees a "daring new hero" who plays an unspecified role in the struggle for America's independence — though we'd wager he's not on the side of the redcoats, since he's definitely tomahawking a redcoat in the game's box art. This issue, combined with Ubisoft's promise to drop more details on Monday, means March is shaping up to be a very Assassin's Creed 3-centric month. 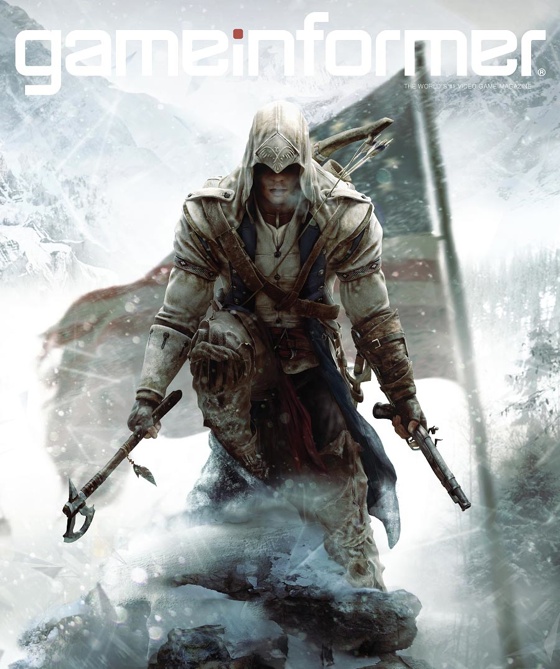