"dddddddIt was very hard and I'm scared to look at my credit score even now." Dave Gilbert, Wadjet Eye

The independent gaming scene is full of developers that started from scratch. But starts don't get much scratchier than that of Dave Gilbert and Wadjet Eye. Muddied in an unfulfilling career in shipping and receiving in New York's Garment District, Gilbert knew he had to try something - anything - to change the direction his life was headed in.

The independent gaming scene is full of developers that started from scratch. But starts don't get much scratchier than that of Dave Gilbert and Wadjet Eye.

Muddied in an unfulfilling career in shipping and receiving in New York's Garment District, Gilbert knew he had to try something — anything — to change the direction his life was headed in.

"I was just like 9-to-5 corporate white collar guy, and I was making decent money, but I didn't enjoy it at all," he said. "I didn't really have any creative outlet."

So he left behind everything and everyone he'd ever known and moved to Korea to teach English. It was a life-altering experience, but it never really felt like home. A year, he packed up his things and lugged them back to America.

"It was a nice gap period, it gave me time to think about what I wanted to do," Gilbert said. "But when I got back, I was ready to start my life up again."

"It was very hard and I'm scared to look at my credit score even now."

Soon after returning to the states, Gilbert learned the unfortunate side-effect of clean slates: They're not so good at providing direction.

Though he didn't have a long-term plan, he did come up with a short-term way of filling the hours.

Back in 2001, he had started fiddling with the user-friendly Adventure Game Studio, creating small games just to entertain himself and others.

"I used to love the old point-and-click games," Gilbert said. "So I was just making them for fun, releasing them for free and over the years, I learned how to use the engine a lot better. I was lucky because I came in at the beginning and watched it evolve, so I'm very familiar with it. That's why it's really hard for me to use anything else at this point. I'm not a real programmer, I just know how to use this really well. I look at [game engine] Unity and it scares me.

"When I was in Korea, I always had my notebook out making up games all the time. For some reason it never dawned on me that ‘Gee, maybe I should make games.' I just hadn't realized it was possible to do it."

With his teaching stint behind him and some rough designs in his pocket, Gilbert knew it was time to start making games again. But even then it wasn't a job prospect so much as a way to get out of the house.

"When I came home, my apartment was being rented out still, because I got back a little early, so I was living with my parents," Gilbert recalled. "There's nothing worse than living with your parents, and you're 30 years old and you don't have a job and they're retired. Nothing worse than that, cause they're always around! So I would take my laptop to a cafe and pretend I was working." 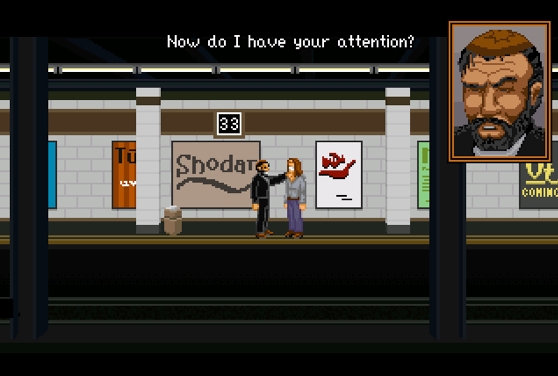 It was during these "pretend" work in sessions in 2006 that Gilbert made The Shiva, a point-and-click murder mystery starring a rabbi whose congregation and faith are both dwindling. But in stark contrast to his protagonist, Gilbert had finally found a little direction.

"As I was making it, it felt like a real job. I was working and I kept thinking ‘I love doing this. I can't imagine doing anything else,'" Gilbert said.

Of course, settling on a new career wasn't the last of Gilbert's hurdles. Though the big studios can throw years of development at a new game, Gilbert had only six months of savings to live off of. He had to be efficient, and one misstep would mean devastation.

"I had to keep things very small, just get them out and earn money for the next one," he said. "It was very hard and I'm scared to look at my credit score even now."

With The Shiva completed, Gilbert kicked off the Blackwell series, which follows a spirit guide and a medium as they crack supernatural mysteries.

But a funny thing happened to the businessman turned teacher turned game designer: He found himself back in business.

Under the banner of Wadjet Eye, Gilbert has been not just developing his own indie adventure games, but publishing the work of others. Erin Robinson's Puzzle Bots, a 2010 release, was the first such venture, followed by cult hit Gemini Rue in 2011. Most recently, Gilbert published Da New Guys, a wrestling-themed comedic adventure. 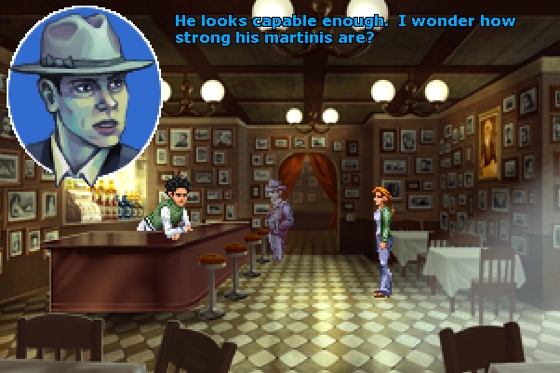 Next up in May is Resonance, a Wadjet Eye publishing venture that Gilbert's wife (and only other employee) Janet is helping to program from the studio apartment they share. (The Gilberts recently invested in a quieter computer and rubber keyboard for Janet so she could work while Dave recorded voiceovers.)

With another publishing deal already set for fall, Gilbert isn't pumping the brakes on his path to becoming a mini-mogul of indie adventure. But there's little doubt he'll be back on his own project before long. As he's proven time and again, whether he's behind a calculator or in front of a classroom, Dave Gilbert just can't stop making games.

"Publishing's a nice thing to do and it's been a great asset to our business," Gilbert said. "But I miss having time to make my own stuff. I've been coming up with the next Blackwell game, mulling it over in my head. It's close."