Kickstarter sparks a revolution in game funding and collective creativity

It's incredible what $20 can buy you nowadays

Share All sharing options for: Kickstarter sparks a revolution in game funding and collective creativity

Crowd funding has come to game development and collective creativity is coming with it.

In the past week, one video game project on the Kickstarter crowd-funding service set a new money-raising record, hauling in more than $3.3 million in cash from more than 87,000 fans. Another developer kicked off his project by bringing in $1.3 million in less than a week.

The paradigm shift spurred by this new form of fundraising doesn't stem from the cash raised; rather it can be found in the metamorphosis in the creative process that comes along with those donations.

That's because the ownership those hundreds of thousands of backers feel isn't for just a copy of the game, but increasingly how that game will be made. And increasingly the developers aren't just OK with that idea, they're embracing it.

About 800 would-be video game developers have tried to raise money for their creations through Kickstarter since its inception in 2008, a spokesman for the service tells Vox Games. Only about 25 percent have succeeded.

But it was the success of game studio Double Fine Productions that showed how developers can use Kickstarter to sidestep massive publishers like Activision and Electronic Arts. In February, Tim Schafer, founder of Double Fine, started a project on the service seeking $400,000 to help fund an adventure game and a documentary about the making of that game. The project hit its goal in less than nine hours and wrapped up the Kickstarter with nearly $3.4 million last week.

'I think what some people aren't realizing is that we can all be right: Publishers, Double Fine and Brian Fargo.' - Tim Schafer.

Schafer says he plans on opening up at least part of the creative process for the game to those 87,142 people that financially backed it.

"I would say that we're trying to provide the openness that approaches that of my development team," he told Vox Games.

Schafer says that when he makes a game he creates internal forums at the studio where everyone working on the game can share ideas, look at art, game mechanics and story and discuss what they see. His plan is to create a mirror of those forums designed specifically for the game's tens of thousands of backers.

"We have a private forum we are setting up right now," he said. "We are going to be posting art in it. I have a feeling 80,000 people aren't going to be looking at it every day. Some people don't want to know about a game before they play it."

But those who are interested can do more than look, he says.

"We will listen to what they talk about and some of (our ideas) we will put up to a vote," he said. "If there are two pieces of concept art I like equally I could put that up for a vote."

Ultimately, Schafer says, he will have the final say on decisions. Just like he does with his development team.

Last week, game developers inXile Entertainment launched a Kickstarter to create a sequel to the 1988 computer game Wasteland. The sequel, which with a $900,000 goal was the highest ever request for a Kickstarter-funded game, was hovering at about $1.4 million earlier this week.

After 20 years of trying to convince publishers to back a sequel, Brian Fargo, the game's creator, was able to lock in funding, and a launch date, in less than a week. He did that by bypassing publishers and appealing directly to fans.

Fargo didn't respond to Vox Games' requests for an interview, but in a series of exuberant tweets he talked about how the still-escalating budget for the game would impact its creation. The more fans give, he said, the more he can put into the creation.

If it hits $1.5 million the game will come not just to PC but Mac OS and Linux operating systems. The game, described as an old-school, turn-based, role-playing game with a modern look, will also get a lot more content with that extra money.

Key to that funding, though, is that Fargo, like Schafer, promises he will be looking to his backers to help in the creation process.

"The beauty of this project is that we will be communicating with the fans throughout the process," Fargo wrote on Twitter. "If things are frustrating we will fix.

"What makes this even more exciting is that this is so much bigger than Wasteland .. it is a movement!"

The movement to collectively fund, and in some way, create video games isn't without its naysayers, even among those who have pitched in to back a game.

Schafer says that he's had plenty of people contact him to ask that he not listen to the advice of backers. Those people want a game created by Schafer and his team, not one tweaked by the mass opinions of tens of thousands of gamers.

But Schafer points out that the creation of most video games has to involve listening to everyone and then coming to a decision that works best. 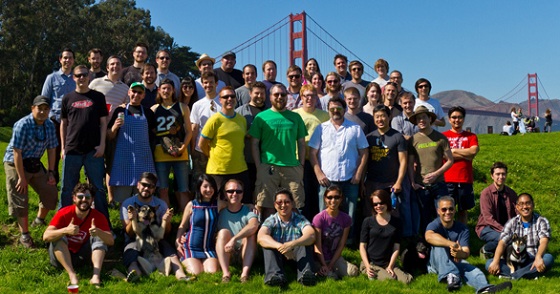 "Even with a 20 person team you have someone who wants their ending to be the ending and you can't just ignore them," Schafer said. "With this you have to extend it to a much larger scale to include all of these people.

"There is a way in which your players are your boss anyway, just now there is no one between you. I'm still the arbiter though. I think we are still getting paid to make a good game."

More than $7 million has been raised to fund games through Kickstarter, but that doesn't mean that publishers are or should be on the way out. They can serve as a necessary filter at times and help to back the blockbusters that some core audiences still enjoy.

"I think what some people aren't realizing is that we can all be right: Publishers, Double Fine and Brian Fargo."

Schafer points to the movie industry and its mix of big studio projects and indie or film festival works as a future that game development may be heading toward. That's a system that produces a diversity of films that ultimately helps the entire film industry, he said. The same can be said of the game industry.

"It makes the industry stronger and makes the art form stronger," he said. "It's better for Call of Duty that there is a Limbo out there. Every game that brings in a new person to the marketplace is better for the industry."

Good Game is an internationally syndicated weekly news and opinion column about the big stories of the week in the gaming industry and its bigger impact on things to come. Brian Crecente is a founding News Editor of Vox Games.