Dark Souls getting PC release? All signs point to yes

Dark Souls' Facebook page is on the cusp of an announcement.

Share All sharing options for: Dark Souls getting PC release? All signs point to yes

It looks like Dark Souls could be coming to the PC.

It looks like tough-as-nails dungeon crawler Dark Souls may be making the leap to computers, according to a purported ad for a PC game mag.

The ad, apparently for the April issue of Australian PC PowerPlay magazine, simply shows the words "You Died" written in red on a black backdrop. The bottom of the ad points out that issue number 203 of the mag goes on sale on April 18. The You Died on black image mimics the message you receive when you die in From Software's game. 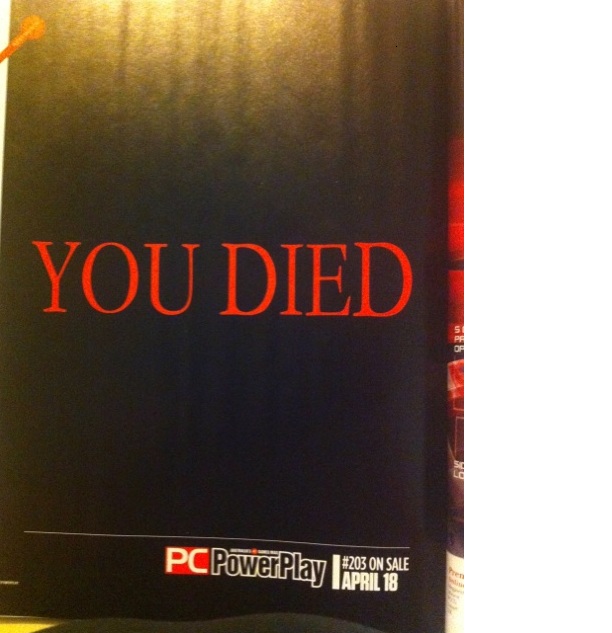 Dark Souls hit the PS3 and Xbox 360 last fall to uniformly high praise. In January, fans started a petition to bring the game to the PC. A week after the petition launched, and managed to raise more than 80,000 signatures, publishers Namco Bandai Games said they had noted the interest in a port.

The publisher is currently running a promotion on the Dark Souls' Facebook page, asking fans to like the page to learn about an upcoming announcement for the game.

We've reached out to the publisher for comment and will update this story when they reply, but it certainly looks like we may be in store for a computer version of Dark Souls.