It sounds a bit like the fake tweets that inspired last weekend's very real worldwide game development movement: What if famed game developer Peter Molyneux went to a game design challenge created by a fake alter ego ... in disguise?

The surreal notion of a game designer hiding among his peers at an event set up by a satirical version of himself is no more strange than the grassroots explosion of creativity that powered last weekend's MolyJam 2012. But while Molyneux, the man best known for games like Fable, Black & White and Populous, did consider the idea of a disguise, in the end he decided to make a more staid appearance at an event already bursting at the seams with absurdities.

MolyJam 2012 was born out of a long-running stream of tweets created by a person calling themselves PeterMolydeux. The absurdist game design tweets gently poked fun at the real Molyneux's sometimes fanciful approach to interviews. But over time, those crazy game ideas began to strike a chord with real game designers.

A group of journalists and game designers came up with the idea of getting a group of developers together over one weekend to try and turn some of those ideas into real games. By the time the 48-hour event kicked off last weekend, there were 33 cities participating around the world from Melbourne, Australia to San Francisco.

All said, more than 900 people created about 225 games during the two days of coding and crafting, according to the man behind the fake Molyneux account. The satirist says this gamejam is different than other game-making gatherings of game developers.

"What's different about this event is that people are encouraged to make crazy stuff where the aim isn't necessarily to make an incredible playable game, but rather to do it just for the fun of it and see what happens," he said.

While developers could create any game they wanted, they were encouraged to develope some of the ideas tweeted by the fake Molyneux account. So the games created were often fanciful interpretations of surreal ideas.

One developer, for instance, set out to turn this tweet into a game: "Imagine a text adventure where you have to traverse a tunnel of caves with only a baby for light. Spooky!" Another selected tweet asked "Have you ever played a racing game and wanted to play as the road rather than the cars? I know I have ..."

And it's those wonderfully bizarre ideas, often so unlike the current slate of popular games, that drew so many developers to the events over the weekend, said Chris Remo, co-founder of gaming site Idle Thumbs, an independent producer and composer and one of the initial founders of the event.

"Molydeux's tweets are hilarious no matter how you look at them, but they also really legitimately hint at the potential for more games to revolve around concepts that aren't simply hours of endless military face-shooting or fantasy sword-stabbing," Remo said. "There's something both naive and very forward-looking about the Molydeux aesthetic that I think resonates with people."

Anna Kipnis, senior gameplay programmer at Double Fine Productions and one of the initial founders of the event, agrees with Remo, adding that the vagueness of the ideas can also help stimulate creativity.

"It just makes you want to go for it, regardless of barrier to entry," she said.

That was also part of the appeal to Eli Brody, a programmer who organized the event in Tel Aviv, Israel.

"This goldmine of ridiculous and lovely themes is an excellent catalyst," Brody said. "I want to see the idea come first, making the game because it should be made instead of 'because games are what make money these days.' This is what it means to me."

And that's not much different from what the event means to the fake Molyneux. His hope, he tells Vox Games, is that people create games that make people laugh, have fun or experience out-of-the-box ideas. 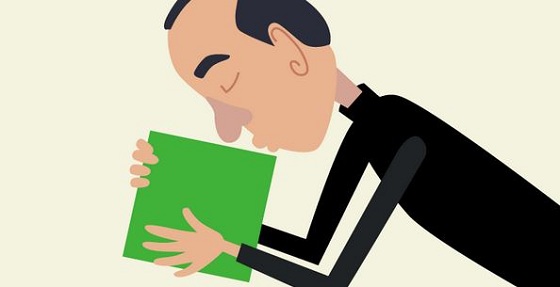 The timing of the event is fortuitous for the real Peter Molyneux. Last month the famed developer stepped down from his role as head of Lionhead Studios and Microsoft's European Game Studios to start something small and new.

"It's like being in a boat in a very rough sea," Molyneux told Vox Games, describing what it's like to be starting over. He left the comfort of his studio and his job because he worried he was getting a "little bit lazy," he said. But now he has a "desperate need to find great people to work with."

Enter the MolyJam and the hundreds of talented developers it attracted to cities around the world, including one very close to Molyneux's English home.

While the main reason Molyneux went to the event was to scout talent, he said he misses the days when developers would play around with fanciful ideas to create little bits of code for fun and their own pleasure. He even played with the idea of going to the jam to develop a game.

"Now you are getting to the philosophy of what a game is."

"I considered it," he said. "If I was a brave man I would do it, but I don't know if I'm that brave. I'm like someone who is about 60 pounds overweight going to the gym for the first time. I'm rusty, I'm slow and these are the athletes of coding. I thought that I could go in some sort of disguise."

Ultimately, though, Molyneux decided to go to the event created by fake Molyneux as real Molyneux.

After all, his top priority is finding new talent for his new company, 22 Cans. And just what is 22 Cans? Molyneux can't help but respond to the questions about his new venture with the sorts of answers that fueled the fake Molyneux's tweets.

"The new company is about having a great idea, amazing, new talented people and making something with thoughts of changing digital entertainment," he said. "I know that sounds ridiculously ambitious. There is so much happening, and all of it is super exciting, that I couldn't stand the thought of sitting on the sidelines and watching."

Is it a game development studio?

"I should avoid answering that," Molyneux said. "Maybe it's not."

Is it in the realm of game development.

Here Molyneux pauses for a second. You can almost hear the smile when he answers.

"Now you are getting to the philosophy of what a game is," he said. "I will say maybe."

Good Game is an internationally syndicated weekly news and opinion column about the big stories of the week in the gaming industry and its bigger impact on things to come. Brian Crecente is a founding News Editor of Vox Games.