"We are focused on our team first and everything else second."

Share All sharing options for: Former Call of Duty developer starts own studio

Former Call of Duty developer starts his own studio, Robotoki.

The studio, Robotoki, will make games for current-gen consoles, PC and mobile devices. Bowling says that the studio will be completely self-funded and will function as a development studio for developers.

"Robotoki is focused on being a developer development studio that just happens to make games," Bowling said in an interview with GameInformer.

"We are focused on our team first and everything else second, because I believe as an industry we have a lot to learn on how to treat talent," he said.

"I wanted to create an environment where the creative vision holders held complete control over their world and could guide and maintain it from concept to execution."

"With focus being on universe, we aim to create experiences that transcend platforms and genres and allow our players to connect to our world, their characters, and gameplay via any medium (console, PC, or mobile)," he said.

When we contacted Bowling, he said forming Robotoki was an important decision for him because it allows him complete control over how the studio approaches their first project and, more importantly, how the studio forms the team that will deliver it.

"This focus on creating experiences, not just mechanics, allows us to approach our world, our characters, and our story in a way that is not limited by just one way to engage them, but to craft unique and specific mechanics for each platform."

Bowling believes that this approach to game development as well as a studio culture that is open and transparent will help Robotoki stand out in a sea of studios.

"I believe our core principles of open discussion, transparency, and collaboration within every department of our studio, but also with our fans and players, will differentiate us from fellow developers," he said.

Robotoki's first project will be announced later in the year and, according to the studio's website, it is hiring for the unannounced project. Below is a teaser image of the project Robotoki is currently working on. 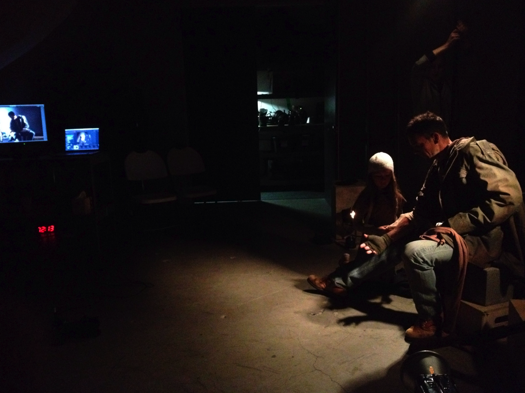