"I want to give our younger developers a chance."

The developer behind games like Resident Evil, Devil May Cry, God Hand and Shadows of the Damned is working on a brand new survivor horror title, according to Japanese gaming magazine Famitsu.

The latest issue of the magazine reveals that the game is codenamed "Zwei" and will be created by Mikami's new studio, Tango Gameworks, which is owned by Zenimax (the parent company of Bethesda Softworks, the creators of The Elder Scrolls and Fallout series).

Little has been revealed about "Zwei" except that it is a Mikami-style survival horror game that is currently in the early stages of development.

"A true 'survival horror' game is one in which the player confronts and overcomes fear," Mikami said during the announcement of "Zwei".

"I've found my focus and once again I'm striving for pure survival horror. I'm being very hands-on in the development of this game to ensure that the quality is there. Rest assured."

After finishing work on his last AAA game, Shadows of the Damned, Mikami said in an interview that he would work on one more AAA title before shifting his focus away from game director duties to company presidential duties.

"That's something I was planning for from the start," Mikami said in an interview with 1UP in 2010.

"I can only last for so long handling both director and company president duties, and besides, I want to give our younger developers a chance."

Whether "Zwei" will be Mikami's final game in the director's seat is unknown.

Below you’ll find a collage of different environments from the game that communicate the tone and the direction that the production is taking. 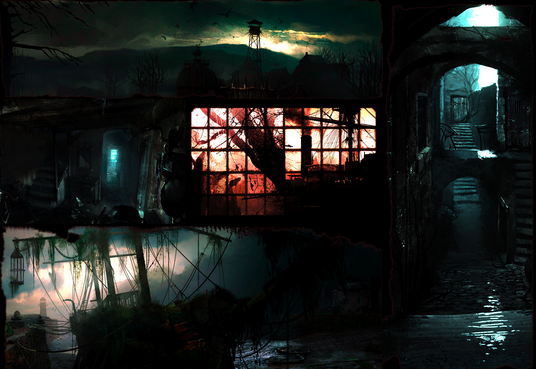