Changes to Nintendo's Wii U controller may have been leaked

Updated Wii U controller has small but significant changes

By Michael McWhertor@MikeMcWhertor May 19, 2012, 8:42pm EDT
Source Twitter | Via Neogaf

Share All sharing options for: Changes to Nintendo's Wii U controller may have been leaked

Nintendo promises to show its next-generation console, the Wii U, in its "final format" at this year's E3, according to company president Satoru Iwata. One of the changes coming to the Wii U may be a slightly redesigned controller with more traditional analog sticks, a tweak that may seem minor to some, but significant to others.

Those changes appear to have been leaked by an employee at TT Games (LEGO Star Wars, LEGO Batman), who posted a photograph of the heretofore unseen Wii U controller to Twitter before attempting to scrub it from the internet.

So what's different? Gone are the dual analog control sliders that were shown at last year's unveiling of Nintendo's next video game console. The sliders, similar in feel to the Nintendo 3DS slide pad, appear to have been replaced with raised sticks.

What else? Let's take a look at the original version of the Wii U tablet controller as shown to the public. 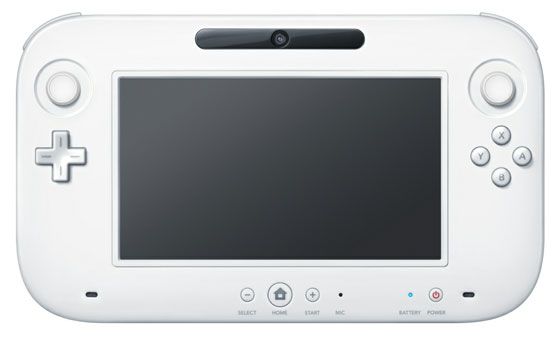 We can see that the "select" and "start" buttons have been moved just below the X-Y-A-B button cluster, presumably to make them easier to reach during gameplay. The microphone has been moved to the left of the "home" button, which now appears to sport a translucent ring of plastic around it. And those analog sticks now sit closer to the left and right edges of the tablet controller. The device also bears a Wii U logo on its face.

Interestingly, those alterations to the Wii U controller were posted to a German web site, Wii U Spiele, earlier this year as line drawings. The Wii U Spiele report implied that the recently photographed version of the controller with the raised analog sticks was the "original" design, but something may have been lost in translation.

Polygon has contacted Nintendo representatives seeking clarification, but given the company's longstanding policy of not commenting on rumors, confirmation either way is not expected.