CD Projekt RED says it will unveil its new "AAA RPG" tomorrow, teasing the reveal with a piece of concept art that looks wildly different from what the Polish video game studio is known for, namely The Witcher and The Witcher 2: Assassins of Kings.

The concept art strongly suggests a futuristic setting with a cyberpunk aesthetic, an intriguing change from the medieval fantasy world of The Witcher. It also suggests cleavage of a slightly different sort, based on the mohawked character with a penchant for vests, not shirts.

The Witcher developer promises to announce its new role-playing game via a live stream of its Summer Conference hosted on its Facebook page starting at 10 am Pacific on Wednesday, May 30th. 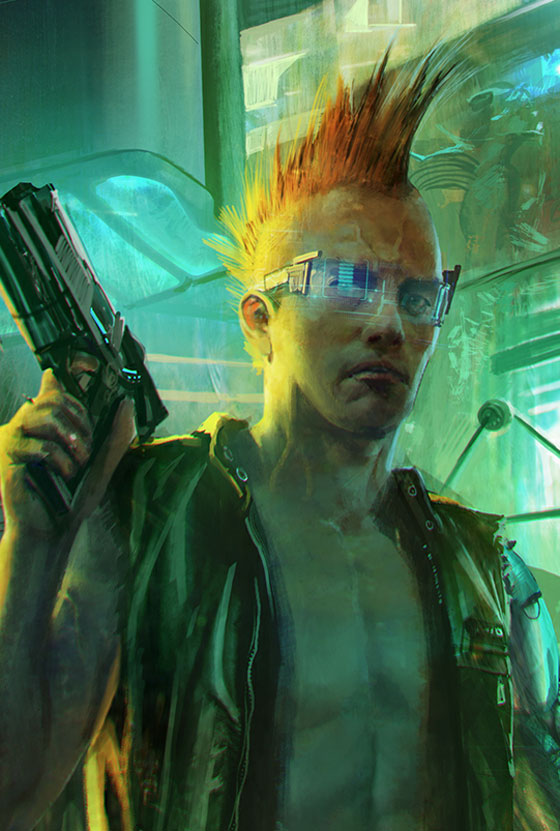