Shooters never get old, if this list of some of the games expected to be shown at E3 is any proof.

The return of Halo and Black Ops lead the E3 pack, with a diverse spread of sequels and mysterious newcomers like Dust 514 rounding out the gang. The possibility of a new Star Wars title from Clint Hocking is hanging in the air. Players will get their pick of the total war experience, from fantastical battles between mechs to missions based on true-life experiences of Iraq War veterans.

This year at E3, we'll be sorting all of our news and previews from the event into easily consumable genre streams. This round-up of expected games kicks off our shooter stream. Of course, you'll still be able to follow our coverage of the big press conferences, show floor spectacles and everything in between - but if you're only interested in the shooter scene, you'll be able to find news on the games you care about under a single category. For now, check out some of the biggest shooters we're expecting to see at E3 2012 and make sure to mention in comments the shooters we didn't include. 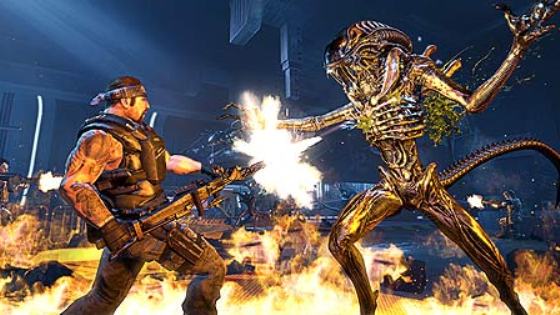 Aliens: Colonial Marines (PS3, Xbox 360, Wii U, PC): Another survival-horror shooter, this time based on the characters and creatures of the Alien franchise. Players take on the role of a United States Colonial Marine and use weapons iconic to the film series in defeating the alien enemy. Gameplay can be broken down into gauntlet runs and "last stand" events in both single and drop-in/drop-out co-op multiplayer. 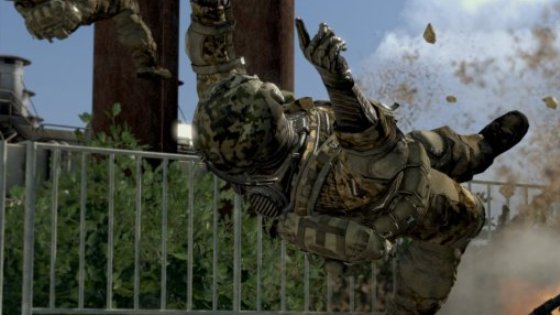 Arma 3 (PC): This open-world tactical shooter is set in a near-future war between NATO forces and "Eastern armies." Players step in the shoes of a British Special Forces soldier who must command large-scaled armored operations and survive on his own in lone-wolf missions. The stage, set in the Greek islands, features photorealistic environments in the largest world yet of the Arma series. 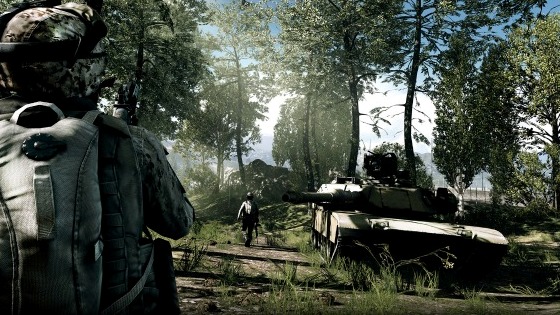 Battlefield 3: Armored Kill (PS3, Xbox 360, PC): This third DLC for Battlefield 3 features new armored vehicles such a tanks, ATVs, mobile artillery, and vehicle-oriented maps on what is touted as the biggest map in Battlefield history. 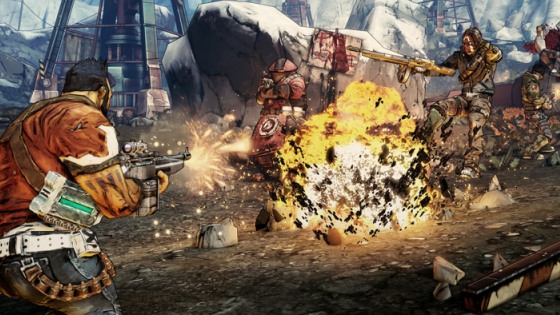 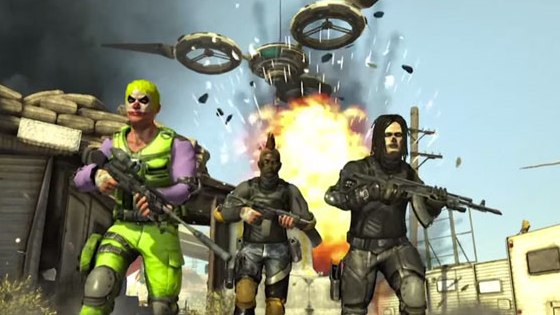 Bullet Run (PC): Another free-to-play baby courtesy of SOE and developed by Germany-based Acony Games, Bullet Run is a multiplayer online first-person shooter in which players compete to survive a deadly reality show. Kill-style and attitude are everything, and the flashier the kill the greater the reward. Up to twenty players can take to the arena at once, and the last one standing takes the prize. Beta sign-ups are currently available.

Call of Duty: Black Ops II (PS3, Xbox 360, PC): Blops 2 is the first title in the Call of Duty franchise to be set in a futuristic setting with similar warfare technology. Players can follow one of several branching storylines driven by player choice, another series first. And yes, there will be zombies. 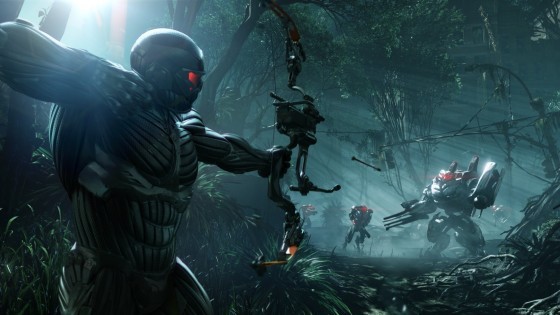 Crysis 3 (PS3, Xbox 360, PC): The third installment in the Crysis series sees Prophet returning to a ravaged New York on a revenge mission. Read our interview with Crytek Director of Creative Development Rasmus Hoegenjaard to learn how Crysis 3 has been shaped by Crysis 2.

Dust 514 (PS3): A traditional first-person shooter set in real-time and directly connected to the world of CCP Games' EVE Online. Dust 514 will be the first free-to-play triple-A title for PS3 and is being developed on Unreal 3.

Far Cry 3 (PS3, Xbox 360, PC): Ubisoft's open-world shooter strands protagonist Jason Brody on a tropical island inhabited by insane characters without means to escape. Players must utilize a combination of stealth mechanics and melee attacks to survive the island's perils and reunite Jason with his friends. The game features a sandbox editor, with a new larger version of the one used for Far Cry 2. 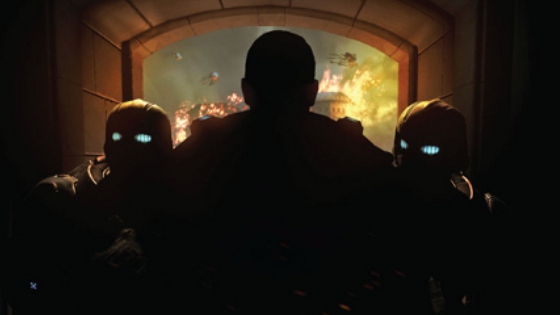 Gears of War (Xbox 360): The next game set in the Gear of War universe will mark the beginning of a new narrative arc. Last year Epic Games' Cliff Bleszinski told fans that the series had more to give.

Halo 4 (Xbox 360): The first installment of Halo's new "Reclaimer Trilogy" marks the return of the Master Chief and Cortana as they seek to save the universe. The game features new gameplay elements including instant respawning, weapons, characters, vehicles, episodic co-op missions, and a deeper exploration of Master Chief's character. 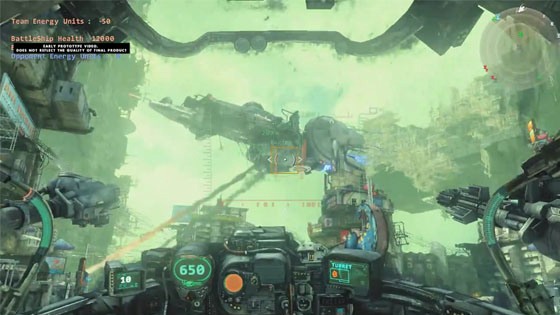 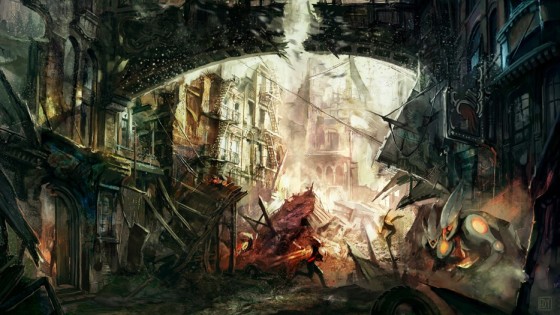 Hybrid (XBLA): 5th Cell, the studio behind Scribblenauts and Drawn to Life, sets their post-apocalyptic shooter in a war between two factions, the Paladin and the Variant. Gameplay will feature a unique cover system and parkour abilities, as well a system of limited movement designed to streamline gameplay. 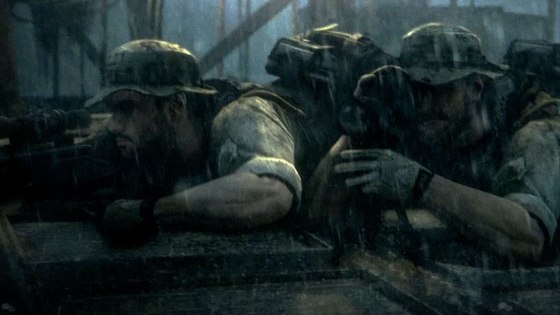 Medal of Honor: Warfighter (PS3, Xbox 360, Wii U, PC): Warfighter is set in the Philippines and Somalia, drawing gameplay from the experiences of real Special Ops veterans. The game continues to follow Tier 1 Operatives and is connected to the original Medal of Honor storyline.

Metro: Last Light (PS3, Xbox 360, Wii U, PC): A survival-horror shooter touted as the sequel to Metro 2033. Dmitry Glukhovsky, author of the novels Metro draws from, has been on-hand during development. A live action short released earlier this month sets the tone for the game's eerie, post-apocalyptic aesthetic. 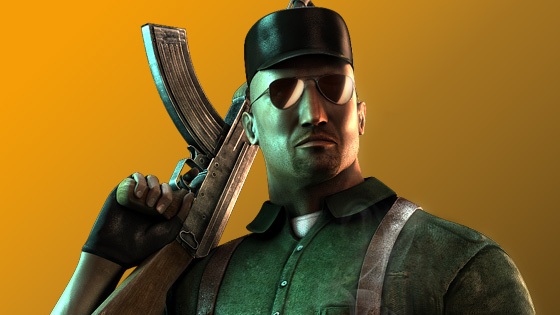 Rekoil (PC): A multiplayer shooter focused on infantry-based combat with a variety of classes to choose from. Rekoil is designed for FPS fans of all kinds, featuring flexible gameplay that can be tweaked to suit individual playing style. Classes and servers are both highly customizable with full modification and E-Sports support and promotion from developer Plastic Piranha. 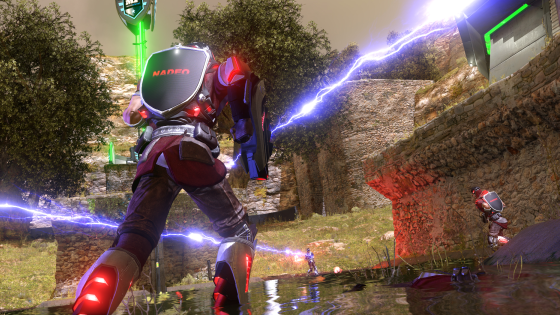 ShootMania Storm (PC): The first environment to be released for ShootMania, a shooter built on the same format as and using the same map editor as Nadeo's TrackMania games. Ubisoft is aiming to make ShootMania "the most accessible FPS possible," modeling their shooter after spectator sports games by setting a goal of opponent elimination, not strictly killing them. 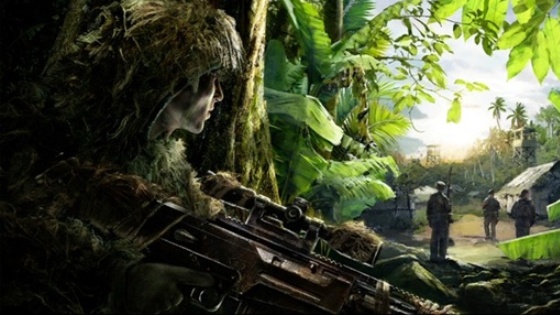 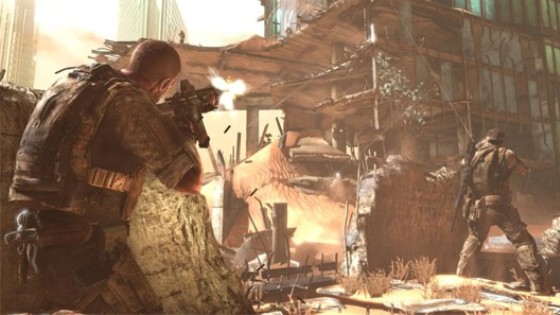 Spec Ops: The Line (PS3, Xbox 360, PC): A third-person affair with emphasis on squad-based tactics based on Joseph Conrad's classic novella, Heart of Darkness. Players must navigate randomly generated sandstorms on a dynamic, constantly-changing terrain while engaged in combat. The game is not tied to any previous Spec Ops titles. 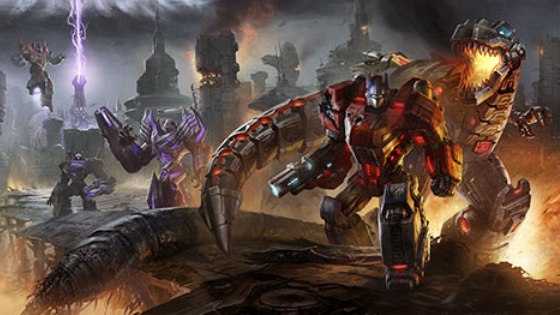 Transformers: Fall of Cybertron (PS3, Xbox 360): The sequel to 2010's War of Cybertron features new robotic weaponry, as well as the ability to buy and upgrade gear. Online multiplayer allows players to create their own Transformer from scratch and swaps out the health system for a more standardized regeneration system.