'SPARX': the game that treats depression

Share All sharing options for: 'SPARX': the game that treats depression

Every year thousands of teenagers suffering from mild to moderate depression don't get the help they need for any of a number of reasons: lack of services and support, isolation from mental health services, the high cost of treatment, or embarrassment. A video game might change that. Developed by the University of Auckland in partnership with Metia Interactive, SPARX is a fantasy role-playing game designed to teach young people suffering from depression ways they can manage and overcome their condition.

Every year thousands of teenagers suffering from mild to moderate depression don't get the help they need for any of a number of reasons: lack of services and support, isolation from mental health services, the high cost of treatment, or embarrassment. A video game might change that.

Developed by the University of Auckland in partnership with Metia Interactive, SPARX is a fantasy role-playing game designed to teach young people suffering from depression ways they can manage and overcome their condition. The game was proven successful in trials and the results have been published in the British Medical Journal last month.

Players could learn ways of dealing with real-world problems by engaging with characters in the game.

"The catalyst for the game probably goes back a decade," says Karolina Stasiak, whose PhD served as the pilot study for the game.

"Sally Merry [a professor from the University of Auckland who led the study] was approached by one of her colleagues who is a GP who said she was seeing a large number of young people at her practice who needed help with mild to moderate depression. That's the kind of depression most GPs see, but there's very little they can offer," she says.

"She asked why there wasn't a game or CD-ROM – something like The Sims, which was very popular at the time – that could teach them the skills we'd normally teach face-to-face with young people being treated for depression."

Karolina Stasiak says that that conversation planted the seed for SPARX. Over the next few years a number of computer-based programs would emerge to offer help to those suffering from depression, but most would be very text-heavy and resemble workbooks rather than games. These computerized programs weren't interactive and often failed to engage young people who needed help. Cue SPARX: the University of Auckland's attempt to step in where other programs have failed.

Stasiak says that typical treatment for mild to moderate depression can vary from 'watchful waiting', which is essentially monitoring the person's mood and supporting them to see if the symptoms resolve, to one-on-one or group-based counseling, to other mental health services. The problem Stasiak highlights is public health-funded services don't often see people suffering from mild to moderate depression.

"Up to 80 percent of young people with depression don't ever receive any treatment and they just suffer in silence."

"They're not funded to deliver care to those young people," she says.

"So the options for young people are really limited. Some young people in rural or remote areas might find their access to services is limited. If a family can afford it they can see someone privately, but that's expensive and out of reach for a lot of young people.

"We know from several studies internationally that up to 80 percent of young people with depression don't ever receive any treatment and they just suffer in silence."

Stasiak says that SPARX is not a replacement for the services that are already available. Rather, it's another tool mental health professionals and young people can access in their own time. The game borrows from conventional treatments by teaching the player strategies based on cognitive behavioral therapy, which is what would normally be taught in face-to-face counseling sessions. 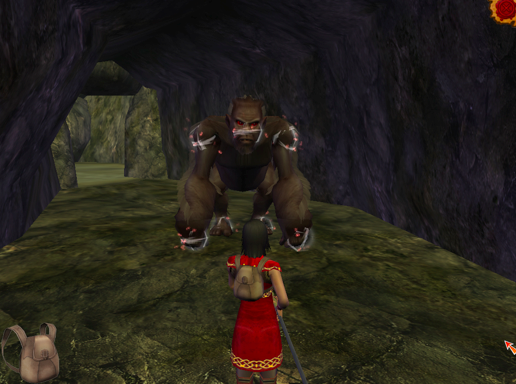 The player is the hero of the game entrusted with the task of defeating the darkness and gloom that has engulfed the world. By completing puzzles and challenges that all tie in with the lessons embedded in the game, the player learns skills to cope with depression.

"The game teaches them how to be a better problem solver, specific skills for relaxation, how to do activities that bring you pleasure – because that's one of the problems with depression – it's that you stop enjoying the simple things and even things you used to like are no longer fun," Stasiak says.

"The game tries to teach them the cognitive skills to understand that it's not the situation that's causing them to feel that way, it's how they interpret the situation. It's about reinterpreting the events around you and acknowledging that there are some unhelpful ways to think about things, and there are more helpful and positive ways."

Maru Nihoniho, the managing director of Metia Interactive, led the team of five developers (including herself) in the development of SPARX. Prior to working on SPARX, her only experience was with commercial titles. She says making a game with such a specific purpose was not as easy as making a game for entertainment.

"We were making a game for people with clinical depression so we had to be very careful with the content."

"Developing a commercial title, you're basically free to do whatever you want as long as it's within the context of the game," she says.

"With a serious game like SPARX, it wasn't like that. There were specific objectives that needed to be included so the player can pick up on those lessons and actually learn something."

Nihoniho says she had to think of game design differently – the look and feel of the game would be easy to design, but finding a way to embed the lessons within the gameplay would be tricky.

"We couldn't just make it a game where the player starts here, navigates through there, and if they die then oh well," she says.

"We were making a game for people with clinical depression so we had to be very careful with the content."

Working with the university, Metia Interactive conducted focus groups to find out what kind of games appealed to their target audience. They then settled on a fantasy RPG because it allowed them to create an engaging world with NPCs that could deliver lessons through conversations with the player. Players could learn ways of dealing with real-world problems by engaging with characters in the game. In one challenge, the player needs to negotiate with a gatekeeper to get through a particular area; in another, the player has to use keys to solve puzzles. 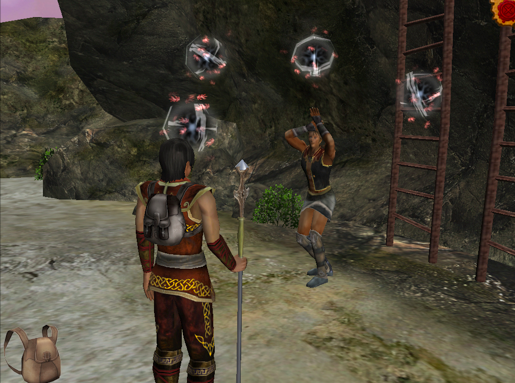 Nihoniho admits that as hard as they tried to make SPARX look like a traditional game, there were certain non-game elements that had to be included, such as a mood-monitoring questionnaire at the beginning of each mission to ensure that the player is safe and that their mood hasn't dropped. In the case where a player's condition deteriorates, the game stops and they are referred to a counsellor or youth worker.

There is an in-game virtual guide who talks to the player and explains how they can apply the lessons learned in the game to real-life situations.

Stasiak and Nihoniho say that they received a lot of input from play testers, who helped shape the look of the game (the game world has a Maori influence – the indigenous culture of New Zealand – which many New Zealanders can relate to), the design of the game, as well as the tools made available to the player.

"If it wasn't for the intervention of our young play testers I think the world we created would have been a lot more static and more 'teachy'," Stasiak says. 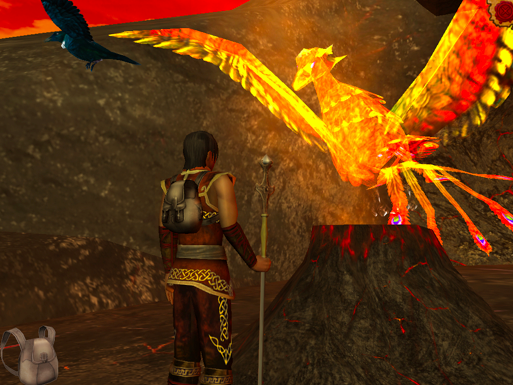 Nihoniho says many of the play testers wanted the game to have more action, with boys requesting more guns and the girls suggesting a bubble gun. They arrived at a compromise: a staff that shoots lightning bolts.

Trials of SPARX involved more than 180 young people suffering from mild to moderate depression and it was found that SPARX was as effective as usual care, with usual care being defined as the treatment that would be provided to them if they asked for help and SPARX was not there.

SPARX was developed in a year and both Stasiak and Nihoniho believe that if they had more time and resources they could improve the game by making the game world bigger, using less text, and adding more voice acting. While the game has room for improvement, Stasiak says SPARX is not intended to be like a commercial game.

"We were very mindful from the outset to produce it as a tool for young people to learn some skills and have fun along the way," she says.

It was found that SPARX was as effective as usual care.

"If you were not feeling down, if you were not one of the kids that needs to use SPARX, I don't think it would be something that would be hugely appealing, but it's probably a lot more appealing for some young people than going on medication or getting help from a counsellor.

"A lot of young people tell us that they feel embarrassed and, as much as we'd like to get rid of the stigma of mental health issues, it's still a massive problem, so it's one way to reach out to young people."

The University of Auckland is in the process of securing funds to make the game available for free online or on CD-ROM. The game is yet to be released to the public.