If it bleeds we kill it

A collection of HD Hitman titles is being bundled together for re-release on PlayStation 3, according to a retailer listing.

The trilogy, including Hitman: Blood Money, Hitman 2: Silent Assassin and Hitman 3: Contracts was spotted on Italian retailer website 16Games and listed for release on October 15.

"Enter a world of crime, sin and greed. Penetrate deeper into the recesses of the mind of Agent 47, the world's deadliest assassin. Remaining anonymous, being quick and totally ruthless: these are the keys to a perfect execution," reads the retail statement.

"Follow Agent 47 while executing orders on behalf of slum-living criminals or on behalf of the highest summits of power. Nothing is important except the target."

Blood Money, Silent Assassin and Contracts are the second, third and forth releases in the series, respectively. The next installment in the series, Hitman: Absolution, is scheduled to release November 20. 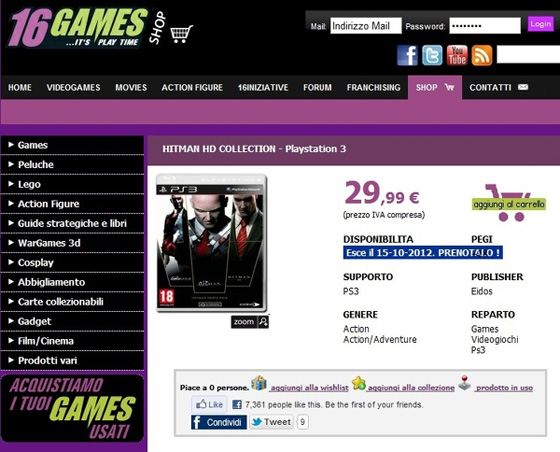