A bombast-free E3 still managed to deliver some thrills

While this year's E3 wasn't the spectacular circus of previous years, its tight focus on next year was a perfect fit...

Share All sharing options for: A bombast-free E3 still managed to deliver some thrills

This year's E3 gathering of all things video gaming in Los Angeles was, by the bombastic, sensory-overloading standards of past E3 shows, a bit workmanlike. It was a show that seemed more focused on the near future, the impressive and probable, then the hyperbole of what may come from future technology.

This year's E3 gathering of all things video gaming in Los Angeles was, by the bombastic, sensory-overloading standards of past E3 shows, a bit workmanlike.

It was a show that seemed more focused on the near future, the impressive and probable, than the hyperbole of what may come down the line.

There was only one new piece of hardware to talk about. Despite having four chances to impress gamers, even Nintendo thinks it flubbed its sales pitch for the upcoming Wii U.

Speaking to CNBC, Nintendo president Satoru Iwata said he felt the company could have done a better job during its presentations.

"We could not fully convey what Wii U is all about," he said.

That's understandable, the Wii U is a slightly confusing sort of new platform, one that also went through some major changes since its last big appearance at 2011's E3.

The revised, retail version of the console looks like a sleeker Wii console, but has better graphics, more processing power and supports the use of two GamePads.

"We could not fully convey what Wii U is all about," Nintendo's Satoru Iwata.

The Wii U GamePad look a bit like a thick tablet. It feature motion sensing, game controller thumbsticks, a plethora of buttons, a microphone and camera all framing a vibrant touch screen. That screen can be used to give players a secondary view of the game they're playing on a TV or as the standalone screen for playing a Wii U title without the need of a television.

While Nintendo's Wii U offerings at the show didn't include many entirely new games, the ones that were there were impressive.

Ubisoft's ZombiU was one of the most impressive of the lot, managing to take advantage of the GamePad's many new functions without being gimmicky.

Players use the GamePad to both maneuver through the world and scan items within its crumbling London. Forcing players to shift their focus between the television, where the action of zombie evasion and killing is taking place, and the GamePad, where a player is scanning for supplies and hints, adds an entirely new facet to the gameplay. 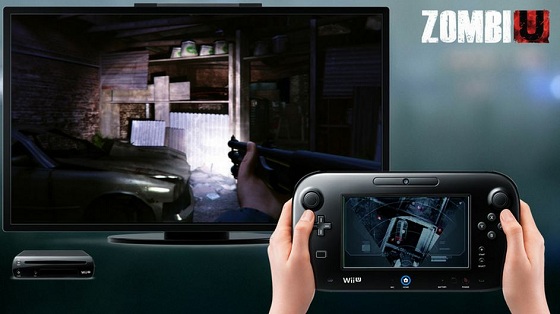 NintendoLand was another captivating experience on the Wii U. Designed to introduce players to the many ways you can game with the GamePad, NintendoLand is essentially a beefy tutorial. But then again, so was Wii Sports and it went on to become one of the most popular games on the Wii.

NintendoLand features a dozen games themed to a dozen different popular Nintendo franchises. Of the ones we saw, each offered unique, easy to play, but surprisingly enthralling experiences: We threw stars at evasive ninjas by flicking the GamePad's screen; we controlled a mine cart through an elaborate maze by tilting the controlling, thumbing buttons and pulling triggers; and we shot arrows at enemies we spotted in the GamePad's screen.

Nintendo declined to say whether NintendoLand will be included with the Wii U. Wii Sports was a free bundle for the Wii and it helped propel that console's meteoric sales.

While Nintendo had the show to itself in terms of new hardware, it didn't get the most buzz. Instead, a collection of games heading to the Xbox 360 and PS3 garnered the most attention at the show. That could be because these games are likely to be some of the last huge, new titles coming to the aging consoles, both of which are expected to have replacements announced at next year's show.

By far, Watch Dogs was the biggest talk of the show. Somehow managing to dodge the frequent leaks that derail big game announcements, Ubisoft's upcoming game made a big splash at its press conference when it was unveiled last week. The game's aesthetic and graphics were so impressive it lead many on hand to believe that the game is actually coming to unreleased consoles; however, speaking with Polygon, Ubisoft Montreal creative director Jonathan Morin promised the game would be released for the PC, PS3 and Xbox 360. 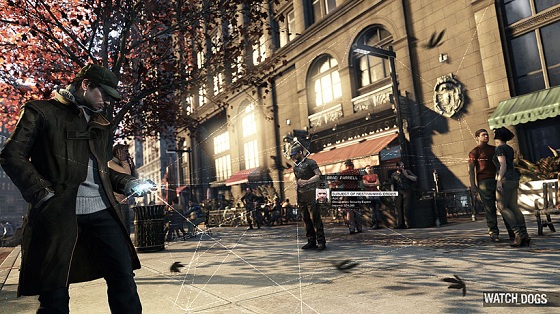 While graphically impressive, equally captivating is the game's Orwellian setting and stunning use of the rise of social connectivity to create a narrative backdrop perfectly suited for a game about an information war with real, human casualties.

Call of Duty: Black Ops 2, the latest in a franchise some may have feared was starting to show its age, made a wonderful splash at the show as well. Due out for the PC, PS3 and Xbox 360, this latest Call of Duty addresses a chief complaint for the series: Its linear gameplay. While not completely detached from a single story and single way through it, Black Ops 2 will offer gamers branching paths in levels.

As with every E3, there were also a number of big platform exclusive titles.

The most attention grabbing was PlayStation 3's The Last of Us, a game that, as developer Naughty Dog tells Polygon, is made interesting not by its use of monsters, but its examination of humanity.

In the game, players guide a man named Joel and 14-year-old Ellie through a world made ruinous by a deadly plant infection. While players will have to contend with fungus-infected humans, the biggest threat are the other, desperate survivors. The captivating story is augmented with gameplay that feels reactive to player choice and alive with emotional response.

Sony managed to wow the audience with another PS3 exclusive at the show as well. 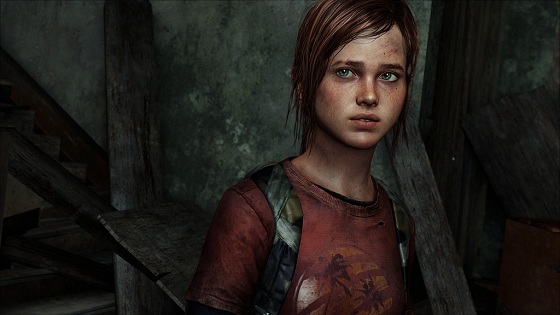 Beyond: Two Souls is the latest from a studio known for creating games that straddle the line between fiction you play and fiction you feel.

"I see myself as an interactive writer, which means that I design and write and tell stories at the same time," developer Quantic Dream's David Cage told Polygon. "I never write a story and figure out how to make it playable. And I never design mechanics and then try to put a story on top of it. You need to think about both at the same time."

The end result are games like Heavy Rain and Fahrenheit, two titles that pushed the envelope for dramatic performance and storytelling in video games.

Cage's latest work tells the story of Jodie Holmes and the spirit that accompanies her. The game uses a new form of technology created by Quantic Dream that allows the studio to capture an actor's voice, facial movements and body movements all at the same time.

First debuted earlier this year, the technology is meant to help capture an actor's full performance in a game. 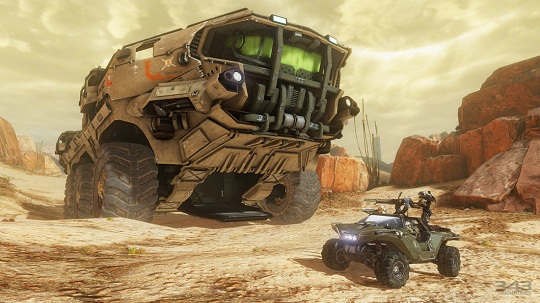 Microsoft had its exclusives too, chief among them was Halo 4, a return to their popular space shooter.

There was some apprehension about Halo 4, the fourth numbered game in what was meant to be a trilogy, now being designed by a different studio. But developer 343 Industries won fans over with its take on the game. In particular, the game's much-played multiplayer promises the best online experience ever for the franchise.

The studio also showed off Spartan Ops, a series of story-driven updates that will be delivered over the course of months as a season.

While this year's E3 wasn't the spectacular circus of previous years, its tight focus on next year and the many delights that await gamers was a perfect fit for an industry preparing to transition into a new set of consoles, a new type of technology and, most likely, a new cast of characters.

Good Game is an internationally syndicated weekly news and opinion column about the big stories of the week in the gaming industry and its bigger impact on things to come.Brian Crecente is a founding News Editor of Polygon.