Finding Connor: how 'Assassin's Creed 3' got its first colonial hero

Share All sharing options for: Finding Connor: how 'Assassin's Creed 3' got its first colonial hero

Ubisoft started designing their next assassin behind closed doors three years before he reared his head in March, introduced in a teaser trailer that showed what the result of dozens of design plans and creative angst looked like in the light of day. Now when creative director Alexander Hutchinson meditates on the hardest part about making Assassin's Creed 3, he points a decisive finger right at Connor Kenway, the series' first colonial-age protagonist.

Those three years of development saw an influx of new ideas come to a rolling boil. Ubisoft would contemplate different kinds of Connors and test the waters with dozens of them. The team would assign him new outfits and character models. They would do this, and then they would systematically throw out almost every single one.

We knew we wanted a new type of hero

"There were over a dozen full versions of the costume, more for his face," Hutchinson tells Polygon, describing the process behind designing a new assassin.

"And we auditioned over one hundred actors for the role, and had long voice recording sessions to integrate into the game for five or six of them. We knew we wanted a new type of hero for the franchise, and we wanted to treat his heritage earnestly and seriously, and of course it needed to make sense in terms of the brand overall. All of that meant it was incredibly difficult."

Ubisoft closed the book on its Ezio narrative with the release of Assassin's Creed: Revelations last year, opening the series up for new blood to be inducted into the franchise as the game's new co-lead. Connor's design was broken into three parts before the studio finalized what eventually we've come to know through trailer footage. They would focus on the visuals, then they would analyze the core motivation of the character and finally chisel out the tone of his personality, tying the art style to the human being. The result was an excess in ideas, most of them wouldn't work, but for the team it would leave a deeper impression of what potentially could. 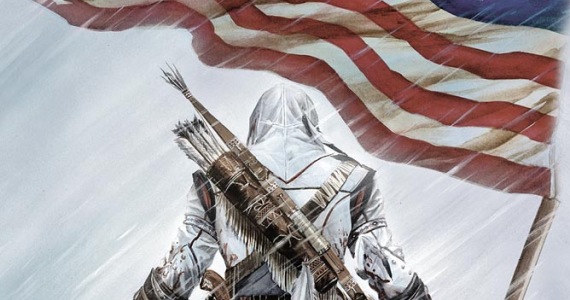 "For costume we tried a lot, but they seemed cheesy or inappropriate, until we realized that being an assassin is essentially a 'job' and you need to put on the right outfit, which may not necessarily reflect the characters heritage," Hutchinson said. "If I work in a bank, I wear a suit no matter where I'm from. That said we updated it with gear and little touches that Connor used to customize his suit.

"In terms of voice, we knew from day one the actor needed to be Native American but that it couldn't be a stereotypical voice. He needed to be a human being with foibles and problems, and we were very lucky to find Noah Watts, who has done a lot of TV work on shows like Sons of Anarchy and others, and is both a terrific actor and a great guy. He has a softer tone than previous assassins but he can be hard edged when we need it."

We went through a half dozen revisions

At one point they introduced Philadelphia into the game but couldn't make the gridded streets work with the gameplay. The studio went through "a half dozen full story revisions," on top of that, before finally breaking down the challenges they wanted to tackle: "establishing villains and making you care about them more than any game before; building a believable Native American hero; creating true variety between missions; building a beautiful recreation of 18th century America."

The team spent time with various Native American groups, including the Kanien'kéha:ka Cultural Advisor, as part of a process to stake out an accurate depiction of the culture they were going to digitize. Hutchinson says there are a lot of political issues involved in developing a game around a native culture

"I think it's a very difficult thing to tackle: there are issues with making certain you don't present a patronizing or paternalistic view point, there is a lot of understandable cultural sensitivity, all of which is outside of the already difficult job of just telling a good story with strong characters." 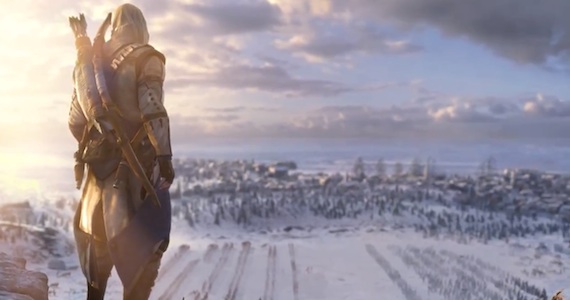 However the result has been the most believable Assassin's Creed game to date, he said, despite the previous three years of difficulty.

"But I hope Ubisoft and other studios will continue to make the attempt. It's been very hard to get right, and I hope people see the hard work that went into it, but it's also been very rewarding.

"Now that we're starting to hear the results in game, and see the recreation of various villages as accurately as we could make them, I think players will really feel the authenticity. It's as close as we've come to really feeling like you've stepped back in time I believe."