Standing out: how mobile game developers are planting seeds and making it rain

"If that sounds hard – it is!" Phil Larsen, Halfbrick

Share All sharing options for: Standing out: how mobile game developers are planting seeds and making it rain

Four years ago less than a thousand gaming apps populated the Apple iTunes Store. Today, thousands of games are added to the store every week. Where mobile game development with its low barrier for entry and affordable production costs was once considered the magic pill that would level the playing field of game development, as the market becomes more saturated, that pill is losing its magic. So what are mobile game developers to do to get noticed and stay noticed?

Four years ago, less than a thousand gaming apps populated the Apple iTunes Store. Today, thousands of games are added to the store every week. Where mobile game development with its low barrier for entry and affordable production costs was once considered the magic pill that would level the playing field of game development, as the market becomes more saturated, that pill is losing its magic.

"I think it was easier to get noticed back then," says Chris Williams, the vice president of PlayFirst, the studio behind Diner Dash. Originally released as a PC and Mac download, PlayFirst built an iOS version of Diner Dash in 2008. It has since been downloaded more than 600 million times and, almost four years on, continues to dominate app charts.

"There wasn't so much churn," Williams tells Polygon. "If you were successful and you were high in the charts, you could stay there for a longer period of time. There just wasn't as much competition as there is now. Now, every week you look at the App Store and there are 20 new amazing high-quality games that have come out, and maybe one of them will still be around three weeks later while the other 19 will have drifted into obscurity. It has become fiercely competitive." 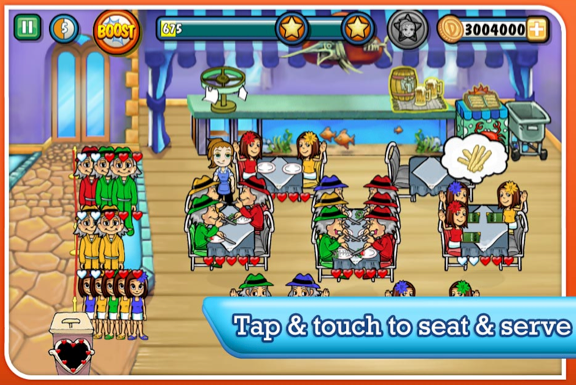 Earlier this year Apple announced that it had surpassed 25 billion app downloads, a staggering figure that Williams says reinforces the importance for app developers to retain their audience. Williams says that to ensure success in the mobile market, game developers now need to get noticed in an increasingly crowded space, but also keep all the players who download their app. It is no longer enough to have a hit game that receives a slew of downloads – keeping that audience engaged so that they keep playing your game, spending money on in-app purchases, and remain loyal to your brand is just as, if not more important, than getting that initial download.

"When people have 12-15 games on their iPhone, they're not going to buy new games at the same rate as when they first got their phone," Williams says. " I think that's part of the challenge now. In the early days everyone was getting their shiny new phone and everyone was buying 10-15 new games and they were paying for them because everything was paid at that point in time.

"It's more difficult today than it was three years ago to be successful, to get noticed, and to be ranked in the charts."

"What's interesting now is when Apple brings out a new device, we don't see the same surge in app installs because a lot of people are just updating their phones. When the 4S came out it was people who had 3GS or a 4 who were updating, so they already have all the games they want and those games just came right over and worked on their new phones," he says.

"We're not seeing the same surges and spikes in installs, and I would definitely say it's more difficult today than it was three years ago to be successful, to get noticed, and to be ranked in the charts."

These new challenges aren't just facing new developers, either. Even mobile developers who found success when the App Store was a quieter place have had to adapt to the changing market. For every Diner Dash that has found and maintained success, thousands of games that have been featured by Apple have fallen into obscurity, and that's a constant challenge facing even the biggest mobile app developers.

One such developer is Halfbrick, the Australian studio behind the highly successful Fruit Ninja and award-winning Jetpack Joyride. After its initial release on the App Store two years ago, Fruit Ninja still appears in the top 10 list for most downloaded apps. Halfbrick is arguably one of the most successful mobile game developers in the world, and while releasing Fruit Ninja when they did played a role in their success, it's what they've done since that has cemented the studio in the top position. 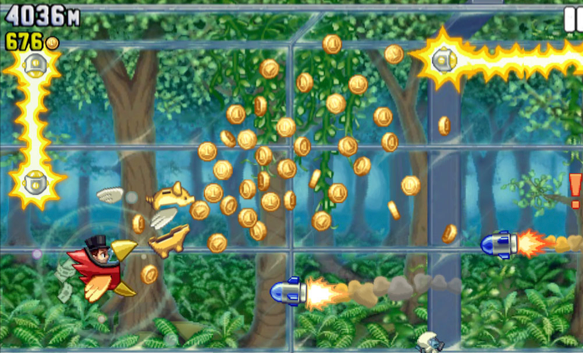 "When Fruit Ninja was released, the sales were truly booming and you needed a standout product to make a splash," says Phil Larsen, the chief marketing officer at Halfbrick. "The sales charts were a living, breathing entity. It was a very exciting time, and we were able to wrangle the best result.

"Compared to then, the recipe for success is still similar: you need a great game, great marketing, and great support. The competition is far more fierce, and the business models are continually changing."

Larsen says that Fruit Ninja received the attention it did on its release because Halfbrick ran pre-release promotions to ensure that the game was on everyone's mind when it released. The real work began after the release when they supported it with new modes, new unlockables, new features, and a constant stream of free updates that came with hefty marketing support.

We ask Larsen: would Fruit Ninja or Jetpack Joyride be anywhere near as successful as they are if they were released today instead of two years ago?

"That's a two-part answer," Larsen says. "If you took the current state of Fruit Ninja and Jetpack Joyride, both having major post-release support, upgrades and additions, then yes. The games are still as relevant to today's market as they were a year ago, because we kept them moving forward.

"If you released the original 1.0 version of Fruit Ninja today, you would still turn some heads – the core satisfaction of slicing fruit does that – but it's pretty light on content and features ... we would definitely be fighting an uphill battle there!"

"The games are still as relevant to today's market as they were a year ago, because we kept them moving forward."

According to Larsen, the real advantage of getting into the App Store earlier wasn't that there was less competition, rather it gave the studio time to make mistakes and learn from these errors. The studio now has more than two years of experience under its belt, which makes it better prepared to tackle a market that is both exploding and morphing into an app-consuming monster.

Chris Williams also believes that Diner Dash's early start in the App Store gave it an advantage, but what PlayFirst was really able to benefit from was the time they had to build a relationship with their players and to learn how to run a business in a demanding market.

"For someone just trying to break into the iPhone sector right now, it's difficult to get all those learnings right out of the gate and get it right the first time," Williams says. "There are some developers who get it right the first time and they might get a hit for a couple of weeks, but then what do you do next? What do you do to sustain it so you have a viable business? That's probably the most challenging part after getting the hit." 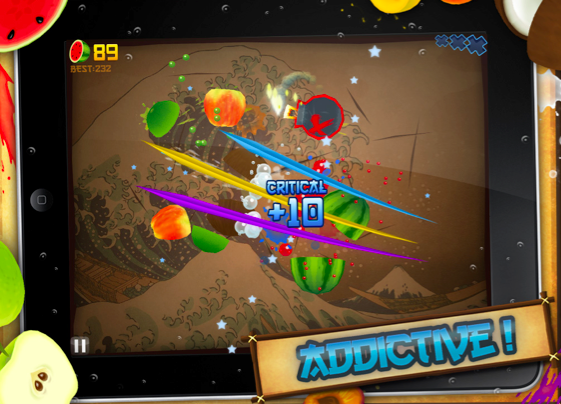 Sav Banerjee is the executive director of social strategy at Rokkan, a global digital advertising agency. He says that to succeed in today's mobile marketplace, it is crucial for developers to release a product and then respond to the market. Like Williams and Larsen, he believes it isn't enough to simply release a good product – a lot of work needs to be done post-release to ensure the app does not become irrelevant.

"Tweetie was a great example. The iPhone had multiple apps for Twitter, but Tweetie's platform had better UI, simple interface and a nice design. But it crashed frequently. Tweetie came up with a reiteration of their platform which made the app more robust and it started crashing a lot less. The result: Tweetie kept getting more and more users and was finally acquired by Twitter as their mobile solution."

The PlayFirst strategy follows a similar path. Diner Dash was a popular game when it released, but as the audience and the platform has changed, the game has had to change to remain relevant. PlayFirst has released more than 30 updates to Diner Dash in two years. A new update is released almost every three weeks. The studio rewards players who stay, they send out notifications so that players are aware they're still supporting the game. It's worked wonders for the studio so far. The studio now has its own cross-promotional platform and distribution network that allows it to expose its players to PlayFirst's entire catalogue of games. The network draws more than 200 million impressions every month.

"I think a mistake that many developers make is they put everything they've got into the game, launch it, and then cross their fingers."

Williams believes that one of the biggest mistakes made by app developers is when they spend all their money developing the game and then run out of time and funds to continue working on it once the game has shipped.

"Chances are you're going to want to have some time and money to give you that opportunity to iterate what you've done, and there's no better test than having it live in the app store," he says.

"I think a mistake that many developers make is they put everything they've got into the game, launch it, and then cross their fingers. There's no time left to really react to what happens. Yes, there's still that 1/100 or 1/10000 chance you'll get Game Of The Week from Apple, but it's becoming increasingly tough. Unfortunately a good game in and of itself just isn't enough." 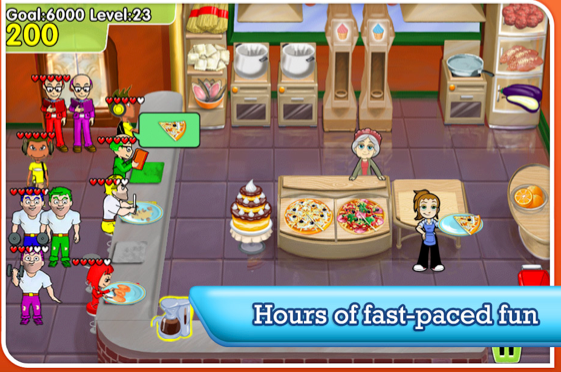 Phil Larsen is in agreement. While he doesn't rule out the possibility of an indie developer or studio having an organic success by being in the right place and the right time, he says developers need to plan ahead, to do their research, and be prepared to support the game after its release.

"Luck will play a part, but luck favors the prepared," Larsen says. "Study the market, play other games, research and prototype. Make the best possible product and release it at the best possible time with a clear marketing position and excellent value proposition to the players.

"You can't rely on organic growth to happen, but you can plant those seeds and make it rain. If that sounds hard – it is!"