I want Watch Dogs to be a success probably as much as Ubisoft does.Mike Fischer

Square Enix has, recently, transformed itself from a mostly Japanese-centric game maker to a studio creating some of the more interesting Western games on the market.Where Square was perhaps once best known for games like Final Fantasy, Dragon Quest, and Kingdom Hearts, a growing number of gamers are starting to identify the publisher as the name behind big titles like Tomb Raider, Hitman Absolution, Deus Ex: Human Revolution, and Sleeping Dogs.

Square Enix has, recently, transformed itself from a mostly Japanese-centric game maker to a studio creating some of the more interesting Western games on the market.

Where Square was perhaps once best known for games like Final Fantasy, Dragon Quest and Kingdom Hearts, a growing number of gamers are starting to identify the publisher as the name behind big titles like Tomb Raider, Hitman: Absolution, Deus Ex: Human Revolution, and Sleeping Dogs.

A big part of that radical transformation, says Mike Fischer, head of Square Enix's Americas branch, was the company's acquisition of Eidos and why that purchase came about.

"This wasn't even just like an investment fund adding to its portfolio," he said. "This was a real strategic partnership. So obviously it gave Square Enix Europe the resources that they needed to make the games go from good to great." 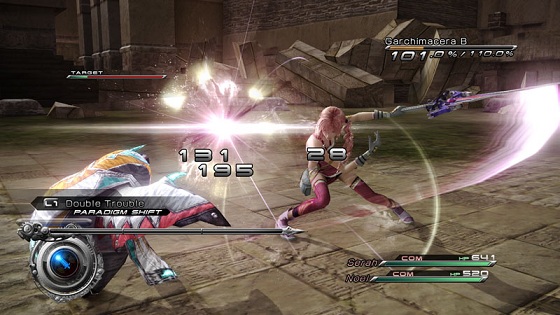 Square Enix was very careful not to simply absorb Eidos when it acquired them, Fischer said.

"One of the things that I think really helped was that, while financially at the time Eidos might have had some challenges, they had some really, really talented people," he said. "They blended it (Eidos and Square Enix Europe) into an organization, and really got the best out of the talent in both teams.

"In that respect, we're just really lucky to have enlightened leadership from our Japanese parent company and just really talented people in Europe who finally had the chance to unleash their potential."

That cross-pollination saw the combining of East and West, Fischer said, in both obvious and not-so-obvious ways.

One day that cross-pollination could travel in the other direction as well, Fischer said, with perhaps the Western developers influencing the games created by Square Enix in Japan, like Final Fantasy.

"Right now, certainly, there's already a really good dialogue among creators," he said. "And among the leadership from creative ideas to technology, there's a lot of information being shared. So it's certainly possible."

This East and West relationship also creates some less tangible influences, Fischer said, like the collaboration between him and the heads of Square Enix Europe and Japan's Square Enix.

"There's this 24-hour tag that we all play," he said. "A lot of mornings, I'll come in, I'll talk to (Square Enix Europe's Phil Rogers). In the evening, I'll talk to (Square Enix's Yoichi Wada). Phil, his morning talks to me and his evening talks to Wada-san. We're always in this sort of really productive roundtable discussion, and if you think about it — if you think of all the big Japanese game publishers — I think Square Enix is one of the few whose overseas operations aren't just being run by people sent from the headquarters. And so I think that's a big part of it."

"What I can do is come in and build some smaller, more agile projects."

Most importantly, though, is that the entire organization is operating under the idea that these changes in the industry, especially the Japanese game development industry, are opportunities, not threats, Fischer said.

Fischer, whose career has seen him at Namco, Sega and Microsoft, was the last piece of the puzzle to Square Enix's transformation.

"The mix of my experience between living and working in Japan and my experience in the game business really fit what Square Enix needed," he said. "And now I'm trying to build up Square Enix America to fit a place in this new, global organization."

Fischer, who is in charge of Square Enix's North and South American efforts, said that his plan is to shift away from big title development in the Americas to smaller, more experimental titles. He's quick to point out that Eidos Montreal won't be touched by this initiative because they will continue to report to Square Enix Europe. 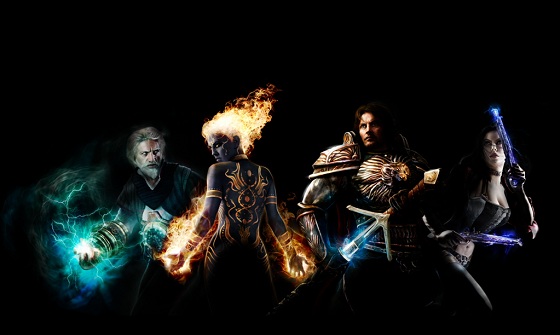 "I think we're probably seeing the end of games like Dungeon Siege 3, which is being developed here at Square Enix in America — it was a fine game, but it's not necessary for us to make games like this because I've got this incredible pipeline of product that's coming from Japan," he said. "I've got these titles, many of which you see here, coming from Europe. I don't need to duplicate that.

"What I can do is come in and build some smaller, more agile projects."

That approach will allow Square Enix's Americas arm, which stretches from Canada to Argentina, to explore new business models and to, as Fischer says, "create some more innovative, maybe even some more risky, projects."

"If those projects are successful, then I have the opportunity to grow the scale of them over time," he said.

"This is much more important to me than just a really successful downloadable game," he said. "I think about this like the pilot episode of a TV series. If this is a success — and it looks like it's going to be — I can start expanding the scale of this. Maybe I bring out a much larger scale online game, greenlighting a bunch of episodes or come out with a new retail SKU.

"It would have been hard to have greenlit a title as unique as Quantum Conundrum if it was a $60 million investment."

That's because it's not the sort of game that has a proven track record, like a first-person shooter.

"It's got this whimsical, family-friendly setting," he said. "It's a first-person puzzle action game that, you know, doesn't have a lot of benchmark. But I feel comfortable taking that risk. And we're doing that with a few other games that you're seeing here. And with a lot more that you'll see next year."

Square Enix's approach to development in the Americas is an important departure for such a big company, one that could have a lasting impact on not just Square, but the industry. By seeking out riskier titles and smaller projects, there is a greater chance that Fischer and his team will find some of the next great budding developers.

"So hopefully down the road we'll see the new Will Wright or the new Peter Molyneux or folks like that come through this process and ensure there are still people making great games in 20 or 30 years when I'm old and gray," he said.

Fischer plans to eschew creating a big internal studio and instead spend that money on building up a core internal team of producers and engineers whose job will be to support a lot of independent studios. The new effort will also involve going out and actively seeking out studios for concepts that they've come up with internally.

The hope is that over time, Square Enix will build up a reputation as a great publishing partner, Fischer said.

"If you talk to Kim Swift, I think she's got a lot of praise about the way we've given her the creative freedom to work with," he said. "My goal — I see my most important job is really helping to empower these developers to really make their creative visions happen. It's not to sit there and tell them what to do to make the game better. Obviously we'll share thoughts and feedback, but my idea is I'm going to work with a developer who's got a vision and really knows what they want to do."

He hopes this new approach will address what he sees as the biggest problem facing the industry right now: a lack of creative risk-taking. 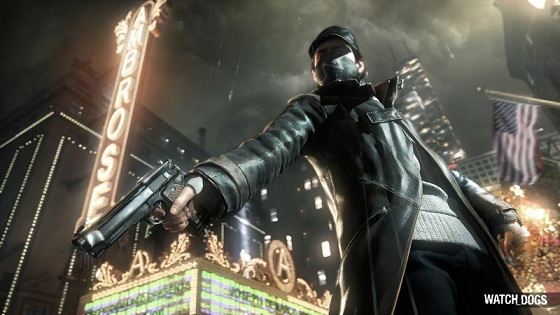 "I've seen something like Watch Dogs," he said, mentioning Ubisoft's in-development game. "I want that game to be a success probably as much as they do. Because every time someone tries to do something different and succeeds, they empower everyone who wants to do the same thing.