Share All sharing options for: 'Super Monkey Ball' comes to PS Vita in October, stripped of its adult content

This one's called Super Monkey Ball: Banana Splitz and it uses some of Vita's hardware features in new ways designed to keep the old monkey balling fresh. Players can choose to tilt the game's levels with either gyroscopic control or the Vita's analog sticks; they can play new mini-games via the system's touchscreen; and they can use the Vita's built-in camera to snap photos than can be converted to custom game levels.

Players can even shake the Vita to set the game's difficulty level for extra novelty.

One thing the North American release of Super Monkey Ball: Banana Splitz won't have is the racy bikini model stages from the Japanese release. 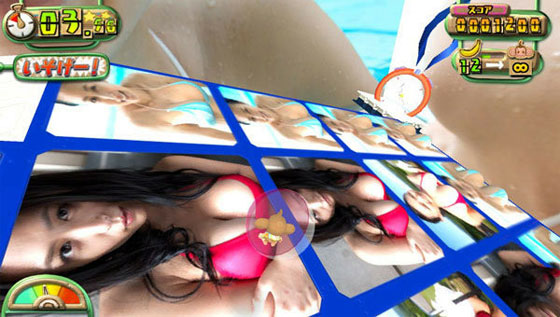 A Sega representative confirmed to Polygon today that the North American release of Super Monkey Ball: Banana Splitz would not include the risqué levels plastered with images of Japanese model Yukie Kawamura. Kawamura served as a spokesmodel for the Vita game and unlockable levels prominently featuring her curves served as an incentive for early adopters.