Nintendo's new 3DS bound for U.S. and Europe this summer.

Nintendo of America has confirmed that the XL-sized Nintendo 3DS will be coming to North America this summer.

In Europe, the Nintendo 3DS XL will begin shipping on July 28 alongside the launch of New Art Academy.

In North America, the new system will come in two color variations, blue and red. 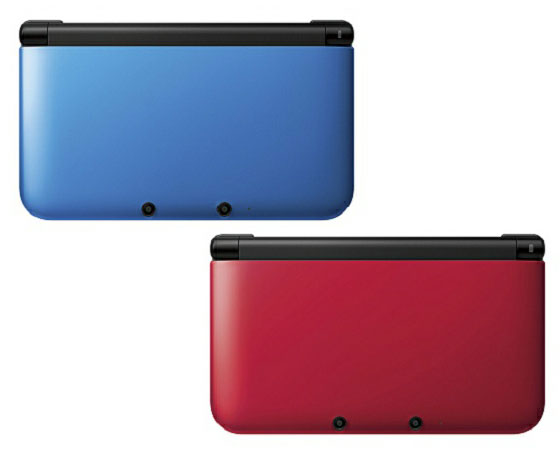 In Europe, players will also have the option to purchase a silver model.

The 3DS XL will boast a new 4.88 inch stereoscopic 3D display screen, an increase from the 3.53 inch screen in the current Nintendo 3DS model. The system's secondary display, the touchscreen, will also see a size increase from 3.02 inches to 4.18 inches.

The new system will also boast extended battery life. Nintendo estimates that the 3DS XL will offer 3.5 to 6.5 hours of play time with 3DS titles, six to ten hours when playing DS titles.

Nintendo of America reps tell Polygon that the 3DS XL will come with an AC adapter included, unlike its Japanese counterpart. The new package will not include an XL-sized charging cradle, however.