Do you know your rights?

Share All sharing options for: Why Kickstarter 'can't' and won't protect backers once a project is funded

A look at the rights of users who back Kickstarter projects.

Last April was the first time it seemed plausible for a Kickstarter backer to find themselves in a precarious relationship with a video game developer. In late April, Kickstarter's most public video game scam, Mythic: The Story of Gods and Men, was cancelled by its developer after Internet vigilantes pointed out it seemed to be mostly smoke and mirrors.

Kickstarter is still a relatively young company, designed as a crowdsourcing platform for creative projects to get off the ground. Project creators offer rewards to users who pledge as much as $10,000 to help fund their products from watches, to websites, to video games. It's already become the setting of a number of high-profile Cinderella stories and helped titles like Republique and more recently SpaceVenture reach goals of hundreds of thousands of dollars to cover development costs. But despite its success in the creative world, the exact rights of the people who give their money to a Kickstarter project are still unclear, particularly when faced with a project that isn't what it seems.

The company isn't liable for damages or loss relating to "rewards or any other use of the Service," according to the site's Terms of Use. While it takes a five percent cut from any successful project, their official rules make it clear that they're just the middle man. "All dealings are solely between users," read its rules, and "Kickstarter is under no obligation to become involved in disputes between any users, or between users and any third party."

Speaking to Polygon, a Kickstarter board member said that the company "can't" protect backers from potential fraud because Kickstarter is more a platform than a business. Besides, the board member argues, backers don't stand to lose too much money if they are scammed.

Once a project is funded the company will not issue refunds, they said. While they will email absentee creators, and reserve the right to cancel ongoing projects that aren't legitimate, once a project is funded they won't take any legal action. They will, they say, assist prosecutors if backers get law enforcement involved. But ultimately, it is up to the backers to solve any legal issues. 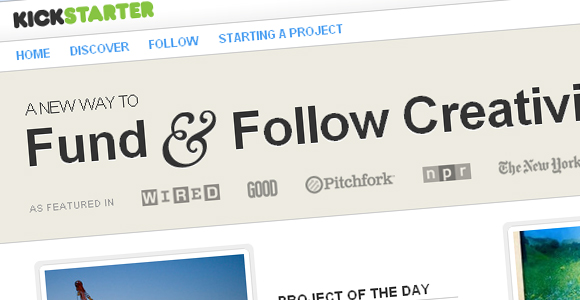 Kickstarter advisor and board member Sunny Bates doesn't deny the risks of pledging but argues the price of individual Kickstarter pledges is so low that even if fraud did rear its head it wouldn't be worth the legal action from a backer.

"Here's the deal," she tells Polygon. "It's one thing to be scammed like Bernie Madoff, where you've gone and you've been seduced by something and put in all your life savings. It's another thing for something not to come through for $25."

Currently the maximum amount a user can pledge is $10,000. The average pledge per person is $71, according to the website, while a $25 pledge is its most common. Last year 85 percent of all money donated on Kickstarter went to successful projects, with games taking 3.6 percent of the total $27,638,318 pledged.

"It's one thing to be scammed ... by something and put in all your life savings. It's another thing for something not to come through for $25."

As the company uses Amazon.com's payment service which allows users to pledge money, payments are not instant and money is only taken if a campaign is successful. Projects which do not reach their pre-defined objective within a set time period are deemed unsuccessful and donations are not collected from backers. The same thing happens if Kickstarter decides to cancel an ongoing project. But those that make it through can see upwards of $100,000 in pledges. The total sum for a goal-reaching Kickstarter project is large, says Bates, but it is spread out between thousands of users, each pledging a fraction to a potentially successful project.

"You know what I mean?" she continues. "When it's syndicated out so broadly with backers, even if somebody is scammed — and it looks too good to be true and you still take a risk on it anyhow — you feel pissed off and upset at the creator and then, you know, some of that may lead over on some people feeling 'why can't Kickstarter control this?' Well, it's a platform — we can't."

Kickstarter can't issue refunds on completed projects, a company representative reiterates to Polygon, as all transactions are solely between community members. Similarly they don't oversee the "performance or punctuality" of projects and only require creators to agree to make a "good faith attempt" to fulfill project rewards by its estimated delivery date. These refer to rewards that are granted to a backer for pledging: They can include things like a t-shirt or a chance for their name in the credits, but very often they include the result of the project, like a copy of the game. But once funded those policies are only enforced with a suspension of the account, which does nothing to put the money back into the hands of scammed backers.

In an event that a project's creator stops updating backers on the status of the work, the company says it will send out an email to them as a reminder. In an event that law enforcement becomes involved, the company states it will work with them in the prosecution of a fraudulent user. But beyond this it is up to the Backers to put pressure on the creators by themselves, says Kickstarter.

Kickstarter as a company relies on its community of backers to know when there is something afoot. Bates emphasizes that projects in the past have been taken down once the userbase felt they weren't legitimate.

"The community is pretty good at letting us know if there's problems," she said. "Things in the past have not gotten on or been taken down if people felt that it wasn't legit. I think you have a much better chance of keeping a situation clear and not about scamming when you've got people saying 'This doesn't seem right, this seems wrong.' There's places to comment and we've got a really strong community team that's always watching out."

"Why can't Kickstarter control this? Well, it's a platform — we can't."

"You worry about all kinds of things," she says, "but you also think about where the responsibilities are and we're providing a platform for people. I think that because where the bulk of the projects are is between the $25 to $1500 range, are you going to go take legal action on something that you put $50 into? I mean you tell me. Maybe if you put $10,000, sure. Or $1000, maybe. But if you lost $25 or $50 then you're a little disappointed and you think the [project creator] sucks.

"But that's the beauty of crowdsourcing, it's not really worth your effort — you're disappointed and you're angry that somebody would do this because it does feel like they're duplicitous and they're trying to pull the wool over the crowd's eyes, and clearly they can't. But I think legal action, when you syndicate it out and you have hundreds of backers for any one project, it's a very different story."

Internet justice has so far played the primary role in finding scams. When Warhammer Online concept artist Matthew Starbuck noticed his work was being used to promote the Mythic: The Story of Gods and Men scam, he told Polygon he bypassed Kickstarter's direct channels and went straight to Reddit instead. Those readers and users of other sites quickly noted that the company's office pictures and game poster art were either borrowed from other sites or a mash-up of other works. The project was cancelled by its creator soon after, with the $4,739 pledged to it returned to its backers by Kickstarter.

Despite having no direct hand in user dealings, Kickstarter encourages backers to "write the creator and request a refund" if they feel the need. However, project creators are not obligated to issue refunds on a backer request once a project is successful, and they are only threatened with suspension if they fail to fulfill their promises. Had The Story of Gods and Men not been outed by the Internet and instead met its goal, the ending would have been very different. 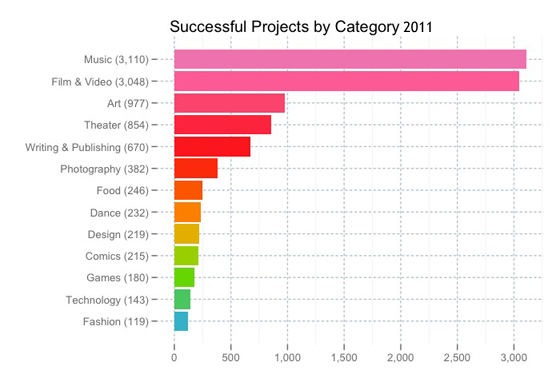 The platform itself could potentially be liable if Kickstarter was aware of fraud taking place on the site, Steve Bradford tells Polygon. Bradford is a professor at University of Nebraska-Lincoln College of Law who specializes in crowdfunding and securities law. But despite liability, he argues fraud is rare as companies generally fight it immediately.

"Fraud has not been a major problem in crowdfunding so far," he says. "I think one reason is that the major crowdfunding sites have been fairly aggressive in controlling it. Also, it's a little harder to accomplish fraud in public, where everyone can see what you're saying and check it out."

Legally backers do not hold the same rights as a typical investor might elsewhere, placing them in a difficult position if they found themselves financially cheated; however the contract that backers enter into in crowdsourcing schemes vary, he explains:

With Kickstarter it's always Buyer Beware

Kickstarter fits into both the pre-purchase and rewards models. This means if pledging users offer money to a project, they are not legally owed a final product in return; rather, in accordance with Kickstarter's rules they are simply promised a separate reward for their pledge. Backers have not entered into an investment contract by donating toward a project, and because contributors are offered no financial return of any kind the legal implications of an investment contract are non-existent, says Bradford.

"Contributors on reward or pre-purchase sites are offered no financial return of any kind," he writes in the Columbia Business Law Review. "They are promised only a product or service — a consumption item. Therefore, no investment contract is being offered. And, because investors on reward or pre-purchase sites are not offered stock, notes, or anything else that falls within the definition of security, federal securities law does not apply."

The result is a crowdfunding model that offers backers no entitlement to products they've supported. Kickstarter officials contend that the company is simply a venue that provides the marketplace, and while the cost of a successful project is shared widely, users will not receive company protection for the risk of loss using the platform. Kickstarter is a buyer beware market, and as the backer's rights are limited to its Terms of Use, the system in its current form relies on the collective force of the community to keep its individuals safe.