Set in modern-day Paris, players must navigate a series of rhythm-based minigames to steal precious artwork, avoid the authorities, and combat the armies of a man who claims to be Napolean Bonaparte.

Protagonist Raphael is the titular Rhythm Thief, moonlighting as the quick-footed artnapper Phantom R. Along with his dog Fondue, Raphael steals and analyzes great works of art for clues to his father's disappearance. He encounters a man with a mysterious connection to his father who claims to be the long-deceased French military and political leader Napolean, and it is up to Raphael and Fondue to stop his army from seizing Paris. 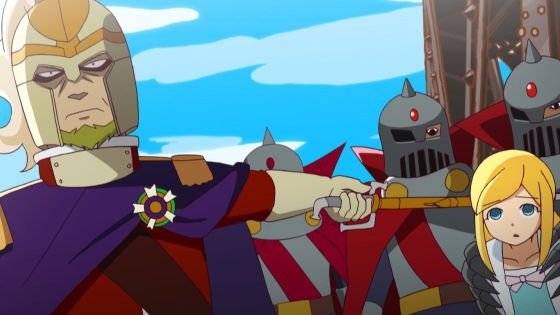 Players must solve puzzles in dozens of unique rhythm minigames to navigate Raphael's Paris, ranging from striking poses to hide behind statues in the Louvre to jumping over policemen on rollerskates along the city's rooftops. Tapping on the 3DS' lower screen allows players to pick up and interact with items, such as a keypad lock or a discarded notebook, as well as record certain sounds like growling dogs and snoring guards. These sounds can be used in certain areas to help Raphel navigate barriers, such as driving off a guard afraid of dogs or cracking a voice-activated lock.

One of the first levels asks players to help guide Raphael through the Louvre to recover an ancient Egyptian bracelet. To get to the bracelet Raphael must break the code on the security system, which consists of finding the button on a touchpad that does not make the same sound as another button. Once inside the Louvre Raphel must avoid being spotted by guards with flashlights by hiding behind statues. As a jazzy trumpet-studded techno tune plays, players must tap a pose pictured on the 3DS' bottom screens that corresponds to that of the statue Raphael must hid behind. Poses have to be struck to the beat of the music, and missing a pose three times results in the thief falling on his face and being caught. 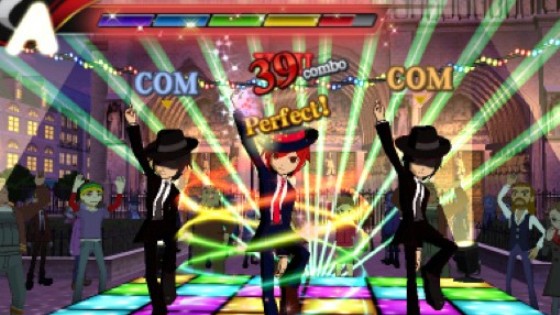 These minigames are all sound and rhythm-based, and make up a majority of the gameplay. The rest of the time players are either navigating across Paris searching for sounds to record and clues to pick up or watching the game's anime cutscenes.

There is a something inherently romantic about fighting baddies along the Siene and interacting with NPCs that chatter at you about fashion and music in French accents. A scene in which a young blonde-haired blue-eyed woman plays violin in a square lit by streetlamps is sweet to watch, a scene straight out of a European love story. France, beloved for its artistic scene, is the perfect setting choice for the tale of a dashing popping-and-locking art thief.