Ni no Kuni: Wrath of the White Witch "Wizard's Edition" announced for Europe.

Ni no Kuni: Wrath of the White Witch is getting special treatment for its release in Europe and North America. The PlayStation 3 role-playing game, a collaboration between developer Level-5 and animation experts Studio Ghibli, will get a bonus-packed "Wizard's Edition" when it's released next year.

Namco Bandai announced the collector's edition release today, which includes the Wizard's Companion hardcover book, a recreation of the in-game spellbook used by protagonist Oliver. The full-color, 300-page book contains a "bestiary of all the creatures found in the game along with in-depth item descriptions, spells and history of the other world," Namco says.

The "Wizard's Edition" of Ni no Kuni also comes with a plush toy of Drippy, Oliver's sidekick. Those who pre-order the game will receive a pair of in-game familiars, Flutterby and Griffy.

Namco Bandai has not yet announced a similar package for the North American release of Ni no Kuni: Wrath of the White Witch, which is slated for a January 22nd release next year. Polygon has reached out to Namco Bandai to see if they'd like to confirm such a thing.

Ni no Kuni was originally released on the Nintendo DS in Japan in 2010. A PS3 version followed in 2011.

Update: Namco Bandai Games America officially announced the Wizard's Edition of Ni no Kuni: Wrath of the White Witch for North America today. The Wizard's Edition will be priced at $99.99 and is available for pre-order now at clubNAMCO.com "for a limited time." 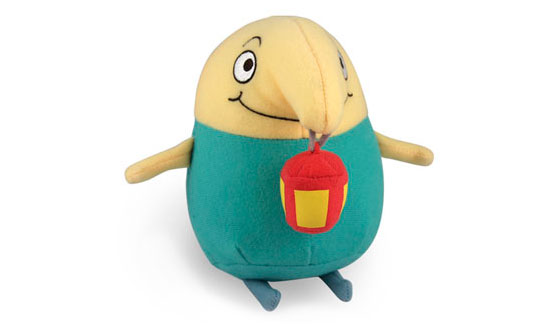