Warner Bros took the stage at this year's E3 Nintendo Press Conference to announce Batman: Arkham City for the Wii U this fall. This updated version of the Game of the Year edition released May 29th of this year will include additional content specifically tailored to the Wii U GamePad's screen, including the ability to select equipment on the GamePad screen, and each character has new armor with a built-in screen in their wrist gauntlet to match. 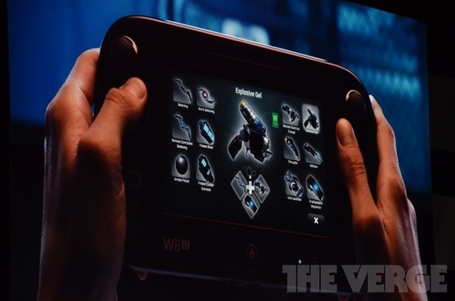 Batman: Arkham City Armored Edition will release for Wii U this fall when the Wii U launches.