BioWare is reviving the Ultima series with Ultima Forever: Quest for the Avatar, a new cross-platform action role-playing game that will be released under Electronic Arts' Play 4 Free label.

According to the game's official web site, "the first great Western RPG has been lovingly restored" with Ultima Forever, which lets players take on the role of a combat-focused Fighter or the spell-casting Mage to "travel alone or with friends, restore virtue and become the Avatar." Lord British appears to have been replaced by the new ruler of Britannia, Lady British, in the Ultima revival.

The game will be available on both the iPad and PC later this year.

"There's a fundamental shift underway in how gamers play and pay for games, and Electronic Arts is a leader in providing new business models and new ways to consume content," said Dr. Ray Muzyka, General Manager of EA's BioWare Label and Co-Founder of BioWare. "With Ultima Forever: Quest for the Avatar, we're excited to give gamers the opportunity to play a high quality game with their friends anytime, anywhere, on both iPad and PC."

Little has been revealed about the gameplay of Ultima Forever. The game's title and aesthetic are clear references to Origin's 1985 role-playing game Ultima IV: Quest of the Avatar. How the two are connected beyond that are not yet clear.

According to the site, you can play as either a fighter or a mage and play alone or with friends. Fighters are "one-man armies, trained to engage multiple opponents with a wide variety of attacks." The mage are distance fighters.

Ultima Forever: Quest for the Avatar is tucked away at Electronic Arts' Comic-Con booth, which we'll be perusing later this week. 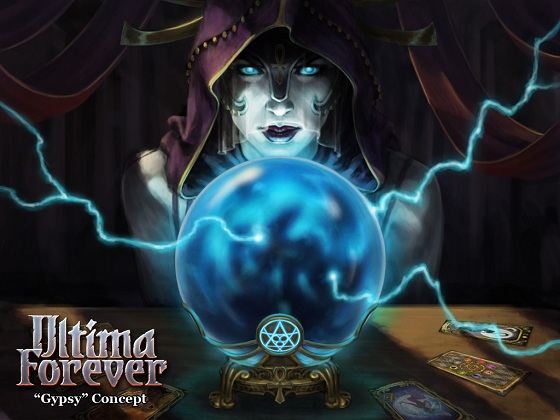