Ouya faces challenges on its way to transforming the console industry

We know what it takes to make this console. CEO of Boxer8 Julie Uhrman

Share All sharing options for: Ouya faces challenges on its way to transforming the console industry

Ouya, the open source video game console that made its wildly popular debut on Kickstarter this week, still has challenges to overcome.

Seven months ago, Boxer8 started seeking funds for a lightweight, open, Android-powered gaming console it called Ouya. On Monday, they turned to Kickstarter to raise further funds, believing it’d take the duration of the campaign to raise $950,000.

The overwhelming majority of those who’ve pledged to the campaign have done far more than simply donate to see the project through. Pledges of $95 or more guarantee a console. Of the total backers, only 1,968 — a paltry 5 percent — have pledged below that threshold. 95 percent of backers have pledged enough to own the console. Ouya’s Kickstarter campaign isn’t a fundraiser. It’s a pre-order.

95 percent of backers have pledged enough to own the console.

Ouya’s meteoric rise from obscurity to millions of dollars and tens of thousands of backers in the course of a few days is proof of that public interest. Whether it speaks directly to Ouya’s offerings or the desire for a new console in this extra-long generation is a harder question to answer. Reactions from developers and industry insiders span a continuum from genuine excitement to outright dismissal and highlight challenges for a nascent console that’s set to ship in March 2013 — a mere eight months from now — but is still being designed.

Boxer8 touts Ouya as a console designed for gamers and developers alike. Its plan is to disrupt the longstanding console industry and attract players and developers by lowering the barrier to entry with a combination of price, capable hardware, and openness.

Though the Kickstarter page claims that all games released on Ouya will be free-to-play, that's a bit of a misnomer. Ouya's requirement for publication is that games will be free to try.

"I think it could be great for customers, as long as it doesn't become a freemium fest," said Gerry Sakkas, CEO of PlaySide Games, developers of the forthcoming Catch the Ark for iOS. "Freemium games don't really work on console due to the fact that you are not there 24/7. Thats why they work so well on mobile and Facebook, because consumers spend most of their time on both.

"It's all going to come down to whether developers feel like it's worth developing for. If it is, then no obstacles will matter."

"The console market is pushing developers away," Ouya’s Kickstarter page claims. "We’ve seen a brain drain: some of the best, most creative gamemakers are focused on mobile and social games because those platforms are more developer-friendly. And the ones who remain focused on console games can’t be as creative as they’d like."

"Openness is a huge factor," Chris Allen, CEO of Brass Monkey, told Polygon. Brass Monkey, which uses smartphones as controllers to play games through a web browser, provides a free SDK to its developers, just as Ouya plans to. It does so in part because the economy of the current business model requires developers to incur an upfront cost by purchasing a development kit for consoles. That crowds out some developers.

"Many game developers don’t have the upfront capital to purchases a dev kit for tens of thousands of dollars, especially with the risk that once the game is built there’s a chance that the console maker won’t even approve the game," Allen said. "Open platforms like ours make it so developers don’t need to worry about the risk. It’s free to use, and they don’t have stringent approval processes."

Ouya has taken the App Store model from smartphones and applied it to consoles.

By eschewing traditional publishing channels, Ouya has taken the App Store model from smartphones and applied it to consoles, staking its claim on a choice that lies in between the existing consoles and mobile devices. "We think that the ability for any developer to publish your game on a TV is something that nobody else can offer, in the current iOS or Android ecosystems," Boxer8 CEO Uhrman told Polygon. 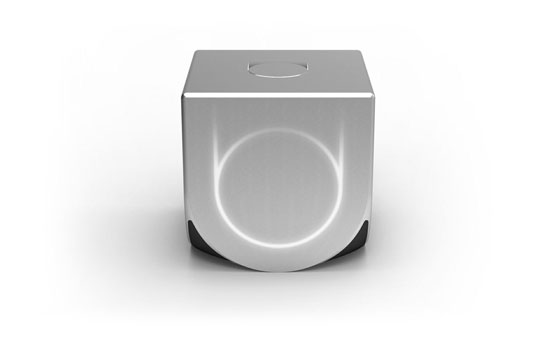 Sakkas, a former lead designer at EA’s Visceral Games who left the AAA publisher to form his own independent studio, has seen the market from both sides and understands the attraction of an open platform. "I think that companies making console games are spending $30 to 100 million anyway," he told Polygon. "Indie devs don’t have that money to even think of producing on console, hence the move to mobile, so I think that Ouya is more comparable to the mobile way of doing things."

Xander Davis, founder and CEO of Astrogun Games, sees promise and plans to develop the company's first game as a free-to-play title targeted for the Ouya's launch. "Now I can design games with deep story and long-term play sessions in mind without constantly worrying if someone is playing through an epic plot point while standing in line at the grocery," Davis told Polygon.

"Real core games and solid controls are back in business for every indie developer, and we have an accessible market platform to support our efforts," he said.

While it’s easy to see how indie developers could benefit from the platform’s open architecture, others see complications with the hardware. Nvidia’s Tegra 3 quad-core processor will power Ouya, but that’s power in a relative sense. It’ll offer 1080p output, for example, but the Tegra 3 is still a mobile processor and relatively weak compared to its console brethren.

Kevin Dent, CEO of Tiswaz Entertainment – a company that helps start-ups, publishers and investors in the gaming industry – is decidedly more pessimistic about the prospects of an open platform and its ability to sustain developers. At its core, Ouya is an Android platform, which isn't generally known for producing large revenue streams for developers.

"Ever since Android has come out, I’ve not seen a single developer that has said, ‘Wow! I’m making so much money on Android!’," he told Polygon. Dent is convinced that the prospect of wrapping a console around what he sees as a mobile device simply won't satisfy console gamers.

"Everyone wants to play the next shiny object, but they want the next shiny object to be powerful," Dent said. "This isn’t a thing where it’s hip to own a Prius. When you want a gaming machine, you want a Hummer, in terms of the environmental impact. You want the EPA coming to your house and saying you’re violating so many laws because you’re using so much power on that gaming rig. That’s what we do as gamers. We want power."

Where Dent sees a shortcoming, Astrogun’s Davis sees an opportunity. "The Ouya is essentially offering to the mainstream what the Wii originally did: a cheaper, more approachable console for the masses in the face of buying more expensive alternates, especially in a strained economy. The difference this time is that the games will be created by you, by your friends, by rockstar indie developers and maybe, later, conglomerate publishers."

Josh Tsui, President of Robomodo Games, developers most recently of Tony Hawk's Pro Skater HD, also believes that Ouya’s success at attracting developers — particularly AAA devs — will be intertwined with its hardware capabilities, which, though disclosed, still remain largely unknown in terms of their ability to deliver console-quality games.

"AAA is the Michael Bay of gaming, so it comes down to money and horsepower," Tsui said. "Money means a giant install base to make it worth it. Power is if it can keep up with other consoles in terms of everything people are used to from a AAA game. Even if it’s a port of a game might not be worth the time and money to bring over if the power is lackluster.

"With that said, I know many developers who make big games would love to get their games out to an open market and it really comes down to that app store."

The hardware market has historically been driven by retail sales, but Ouya’s initial success is based online. In order to attract developers, Ouya needs a large install base, and the retail channel seems like an essential component to attaining that critical mass.

"This is a big issue in that a small company is trying to make hardware that needs to sell very well for developers to want to develop for it. Supply chain issues, returns, support, are all big big issues to hit on," Tsui said.

Dent simply doesn't think it's feasible. As he sees it, the demand is "for something shiny and new," rather than for the console itself, and he's worried that the knowledge gap between consumer excitement and his industry knowledge is going to lead to consumer disappointment.

Furthermore, Kickstarter does not issue refunds after a project is funded, Polygon recently reported.

"This entire thing frustrates me because it's taking advantage of the general public," he said.

Boxer8’s CEO told Polygon that the company has "been talking to major retailers and the response so far has been very positive." The company has also been in discussion with "a top-tier manufacturing firm" to produce the consoles, and they’ve spent much of the last few days "adjusting our plans in real time" as the Kickstarter project exploded.

Getting the Xbox 360 to market quickly led to production problems, failing consoles, and a decision to extend the warranty, which cost Microsoft billions of dollars. Uhrman is aware of the precedent and points to the design team behind Ouya, which also brought Jambox and One Laptop per Child to fruition.

"Of course we need to live up to our commitments," she said. "We have been working on this for some time, so we know what it takes to make this console."