Torchlight's assets may have been stolen and used in an iOS MMO, according to the studio head.

The similarities were made public after Runic Games head Travis Baldree linked to the EGLS website via Twitter, stating:

"So, wow - this game is releasing on the app store. They wholesale stole most of the assets from Torchlight."

Runic Games hopes to remove the iOS title from Apple's App Store until it no longer infringes on copyright.

A response from representative from EGLS was posted this week on the official Touch Arcade forum stating the assets infringe on no copyrighted material.

"We can hardly agree with Mr. Travis Baldree who judged that EGLS 'wholesale stole most of the assets from Torchlight!' only based on the similarity between several small monsters. The judgment is simply untenable," the post reads.

The representative adds that EGLS employees are "both crazy game fans and ecstatic movie lovers," emphasizing that any similarities are merely accidental.

Armed Heroes Online remains available through iTunes as of now. 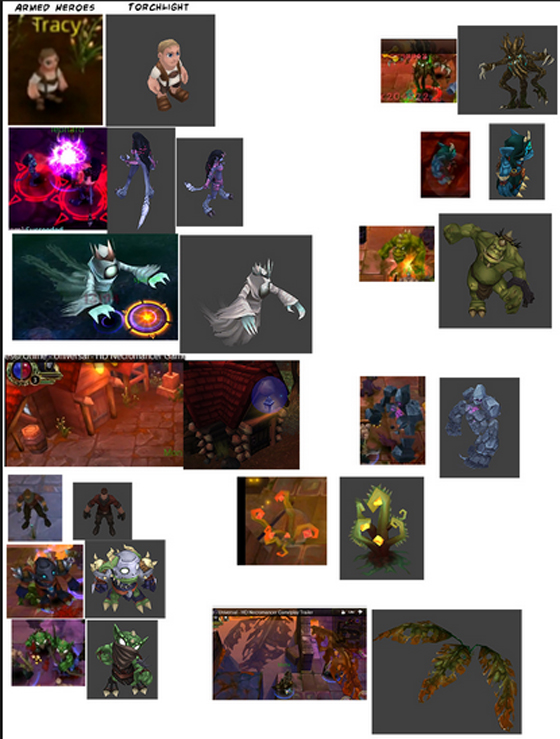