Ultima Forever will be 'very respectful of the original' says BioWare

Share All sharing options for: Ultima Forever will be 'very respectful of the original' says BioWare

BioWare Mythic talks about its plans for Ultima Forever for iPad and PC.

BioWare is taking the classic role-playing game series Ultima in a new direction. Announced last week, Ultima Forever: Quest for the Avatar will be a free-to-play, cross-platform adventure for the iPad and PC.

That may sound like an unwelcome revival of the franchise for Ultima fans who remember the influential RPG series fondly and hope for something grander than typical free-to-play fare. BioWare Mythic says it's well aware of Ultima's storied history and hopes to deliver a "respectful" sequel to Ultima IV: Quest of the Avatar.

"We're very respectful of the original work," Ultima Forever lead designer Kate Flack told Polygon at Comic-Con. "It shaped our industry and it shaped RPGs. It's people's memories. It's important that people who played the original games don't feel like we're trying to overwrite their memories."

Ultima Forever will draw on the fiction of Ultima IV, taking place 21 years after the events of the 1985 game. Lord British has "gone to the stars," Flack says, with young Lady British succeeding him and opening the world of Britannia to new adventurers.

"We took Ultima IV, with all of its ethical moral choice, which was innovative for its time, and updated it for the next generation."

Flack calls Ultima Forever "a hybrid between a multiplayer game and co-op adventure." Players will interact with hundreds of other Ultimate Forever players roaming through the world map, take quests from NPCs, and venture forth with others into dungeons in four-player instances. Ultima Forever's action will play out on isometric maps, with 3D characters overlaid on painted 2D environments.

"We're calling it an adventure RPG," Flack says. "There's not really a word for what we're doing yet.

Flack says that player choices, from the conversations they take part in to the characters they choose to save, will have weighty consequences. In one example, Flack described a run-in with a foe who holds two wizards hostage, with time to save but one.

"Do you save the master wizard who may wield powerful battle magic that will help you defend Britannia? Or do you save his apprentice, who's less powerful, but has a young family?" Flack said. "The game is about that pause moment, where you think 'What is the right thing to do?'

"It's a heroic, high fantasy game and we assume that you're going to be good — but there are multiple ways to be good. Do you want to be kind or do you want to be fair? Games can ask these kinds of sophisticated questions." 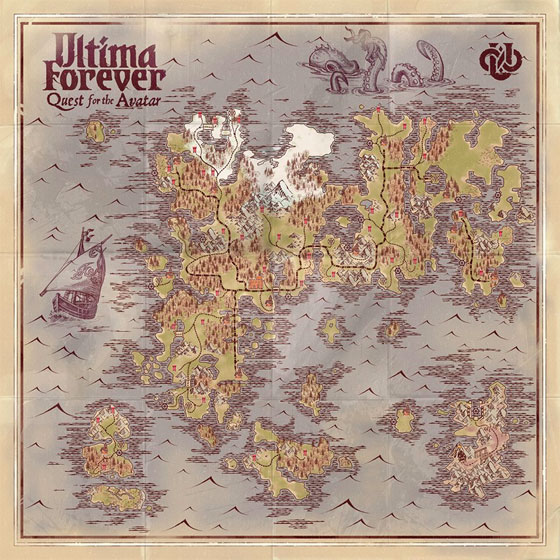 Flack says Ultima Forever's free-to-play component will focus on the cosmetic — players will be able to customize their character with hats, armor and a variety of personalized gear — but also offer purchases for "convenience." "We'll let we'll let you speed up to your friend's level," she said and pay for consumables like health potions, should players seek to bypass the grind.

"We're not annoying or abusive," she promises.

Initially, Ultima Forever will come to iPad and PC sometime this year. Two playable classes will be included: Mage and Fighter. Flack says BioWare plans to add-on to that over time, introducing more classes and more content. Ultima Forever for more platforms beyond the two already announced is in the works, Flack says.

"This is just the tip of the spear for bringing Ultima back."