"The need is not to have big a production value but to concentrate on the innovation." Ubisoft

Ubisoft talks about its investment in Wii U and free-to-play games beyond Ghost Recon Online.

Ubisoft is embracing the Wii U in a way unlike any other third-party developer, with plans to Assassin's Creed 3, Rayman Legends, Just Dance 4 and more. However, Ubisoft execs say, the large number of ports of existing games means the French publisher is not making a huge R&D investment in Nintendo's new console.

"Out of the seven games we are planning to launch, five games are ports, so those are games for which there is a quite small re-investment to do," said a Ubisoft executive during an investor call. "The two games that are original are ZombiU and Rayman, so those ones, of course, are more expensive."

"We are not talking about games today, like we were spending on Ghost Recon or Assassin's Creed," Ubisoft execs explained. "So they are much smaller in terms of cost. As we've always said, when there is such innovation, the need is not to have big a production value but to concentrate on the innovation. This is what we are trying on Rayman and on ZombiU.

"For the other five games, you are talking about small budget, I'd say of less than a million Euro to make some of the ports, I would estimate. So together I don't think we have a huge investment on the Wii U." 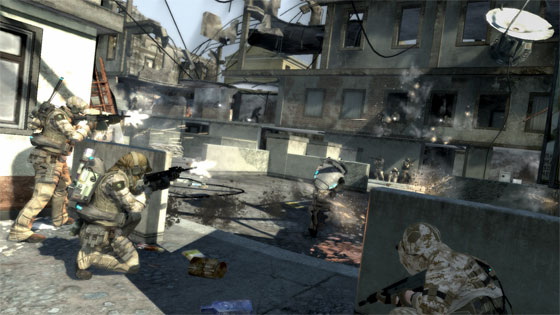 "Our medium-term goal is to capitalize on both the arrival of the new generation of consoles and the ramp-up of the Free-to-Play segment, which represent two major opportunities for us to step up growth and enhance our profitability," Guillemot said in a news release.

During today's call, Ubisoft execs estimated the company has seen free-to-play bring in €8 million during the quarter, up from about €1 million. Ubisoft's 2011 purchase of browser game maker Owlient is boosting the publisher's free-to-play business, but there's more to come, including the release of Ghost Recon Online.

"We will have, I would say at least five or six [free-to-play games] running and operating by the end of this fiscal year," a Ubisoft exec said. "We spoke about Ghost Recon, and we will announce more games at [Gamescom] in mid-August."