Playside Studios: from 'Dead Space' to 'Catch The Ark'

From EA to indie

Share All sharing options for: Playside Studios: from 'Dead Space' to 'Catch The Ark'

PlaySide Studios talks to Polygon about their journey from working for EA Melbourne's Visceral Studios to founding their own independent studio.

In the suit and tie district of Melbourne, Australia, a modest office snugly sits between law firms, taxation offices, and other businesses that play with numbers more than anyone ever should. Its occupants aren't number crunchers – they can't help you with your compensation claim, and they tend to not wear collared shirts. These people make video games, and today they're announcing their very first mobile release: Catch The Ark.

PlaySide Studios, a new mobile game studio born from the ashes of the now-defunct EA Melbourne, Visceral Games, is a team of six game developers. As their neighbors play with calculators, they're hoping to revive the Australian game industry – an industry that has been dealt massive blows in recent years – by making games for others to play. 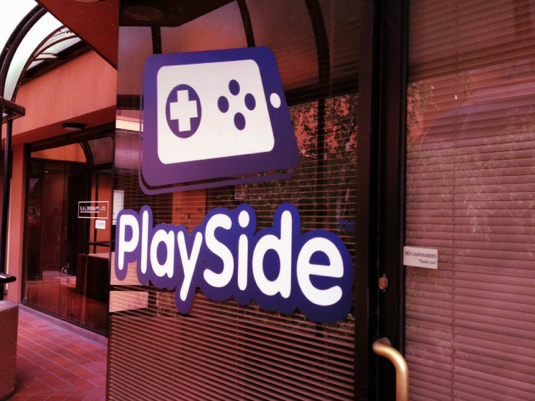 "When the game was cancelled, the team was basically cancelled at the same time, so we were all let go and most of us were given the opportunity to go overseas, but I didn't want to do that," Sakkas tells Polygon.

"I spent two years working on a game that ended up going nowhere, and I didn't want to go to another studio and have the same thing happen. What's the difference whether I'm here or at EA in California? Two years later we could be gone, and I just didn't want to spend another two years of my life on a project that might not launch.

"I'd rather put that in my own hands and deal with it myself. I wanted to stay here and help rebuild this industry. The talent was around, and at the time we had the best talent because everyone had just been let go from EA Melbourne. It was the perfect time to start a studio."

He brought on PlaySide's director of corporate strategy, Mark Goulopoulos, and director of operations, Aaron Pasias, and together they courted investors who believed that a new studio was worth launching; that it was worth investing in local talent. The process of starting a new studio took months of planning – it wasn't enough that Sakkas had access to some of the best developers from EA Melbourne – he didn't just want to make a game, he wanted to build a sustainable studio. It was a long process of pitching ideas, drawing up budgets, and convincing investors that they were in it for the long haul. They would need an office, they would need a marketing budget, they would need financial support and, most of all, they would need the trust of their investors.

"I'd rather put that in my own hands and deal with it myself. I wanted to stay here and help rebuild this industry."

"The studio was built around a game concept, but it was built to last," says Sakkas. He pulls out an iPhone and fires up a prototype of Catch The Ark, an endless runner on water inspired by the story of Noah's Ark. It's a quirky little game with colorful characters in an equally colorful world – not what you'd expect from a team that worked on Dead Space. The premise of the game goes like this: when Noah was gathering pairs of animals for his ark, some animals got left behind. These googly-eyed creatures, adorable and dopey, must now find a way to survive the cataclysmic floods that are about to sweep through their home. The game begins here – the creatures find a floating log to keep their heads above water, and as the powerful floodwaters rush through their island the player must steer the creatures out of harm's way while chasing down Noah's Ark in the hope that they will be able to board the ship before the sea swallows them whole.

Sakkas is aware that to outsiders, it might seem strange that a team that once focused solely on AAA shooters has now crossed over to making cute mobile games, but he is unfazed by what outsiders think.

"There are some people who think that working on console games is the pinnacle of game development," he says. "A lot of people think that once you've left consoles you'll never be able to get back in. I've never thought of it that way – I just want to make good, fun games." 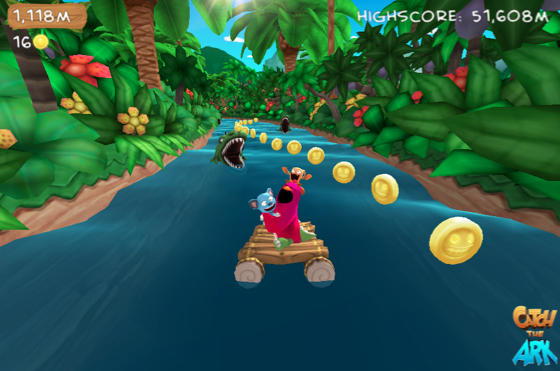 He fires up Catch The Ark on an iPad, pointing out what elements of the game will be changed and where the graphics will be improved. When Polygon visited PlaySide Studios, Catch The Ark had not been shown to the media yet, but even without the assurance of review scores or peers patting him on the back, Sakkas is clearly proud of what he and his team have created. He believes that they've made something different that everyone will enjoy.

"Sadly the majority of endless runners are trying too hard to be Temple Run – we are trying to be the exact opposite," he says. "I see endless running as a genre now, and I see Catch The Ark as a new breed of that genre."

"Then we'll make another game," he replies immediately. "We wanted to make a studio, not just a game," he says. 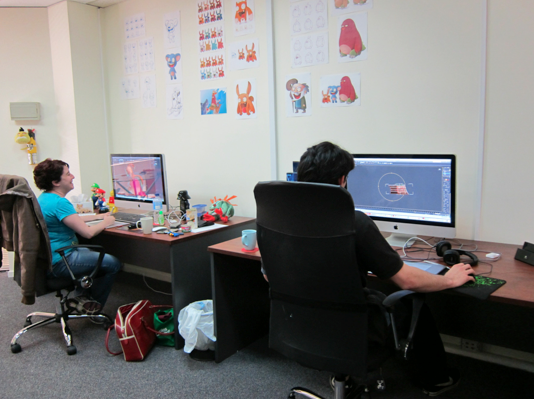 "We're here to make a studio and hopefully rebuild the Melbourne industry. That's why we have this studio. We really want to cement the fact that we're here, we're not just working in a basement and we're not working from home. We want to build this whole thing and get bigger and bigger and maybe build something like Halfbrick one day."

PlaySide currently has an artist, an animator, a programmer, and a CEO/designer, all of whom came straight from EA Melbourne. With the two directors who handle the business side of the studio, it brings the studio head count to six – the team is currently too small to make the kind of console games they used to make – but that's okay. They also can't compete on the scale of EA and other big publishers – that's also okay. For Sakkas, it's not about being as big as EA, nor is it about console versus mobile. It's about making something that belongs to the people that created it. It's about being responsible for a product from beginning to end.

"We want to make a game and if it doesn't do well, we'll make another one."
"It's stressful starting your own studio, but it's a lot more fun doing it yourself knowing when the game will launch, being in control, knowing your marketing budget," he says.

"You don't know those things at a bigger company. You could spend two years working on a game and it just flops because the company didn't put money into marketing, or they don't know when they're going to launch it. It's a lot better this way."

As much as Sakkas has no interest in turning PlaySide into EA, he acknowledges that the PlaySide team's time at EA taught them valuable lessons that are now shaping their indie studio.

"At EA, everyone was very well-managed," Sakkas says. "If something was going to take too long but only 2% of the audience would use it, you just wouldn't do it, and that's what we do here. We don't waste time on things that no one is going to use. 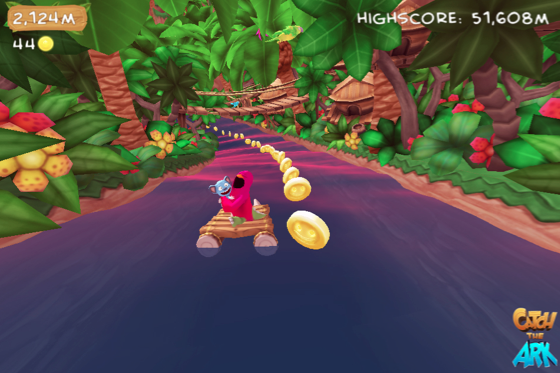 "The other thing EA does that we try to do here is maintain a really high quality of game design and art. At EA, you either created AAA quality work or you were gone, so we've brought that here and have tried to keep as much of that quality as possible.

"EA is just a whole different level. There's a reason EA is EA and Ubisoft is Ubisoft and Activision is Activision. They've got a really high-quality way of doing things."

Whether PlaySide succeeds in bringing AAA quality to mobile will be known when Catch The Ark releases on the App Store later in the year. Sakkas knows that when it comes to iPhone games, no one knows how well a game will do until it launches. But regardless of whether their debut game hits the top or flops, Sakkas says that PlaySide is here to stay – they'll continue to build their team of professionals and play their role in rebuilding the Australian game industry.

"I want to keep the talent here and hopefully even bring back some of the guys who left, he says.

"I'd love to bring those guys back here, and that's really the dream. Hopefully we can bring back everyone slowly and rebuild something pretty big."

Catch The Ark is currently in development for iPhone, iPod Touch, and iPad. It is scheduled for release in Q3 2012.