Why this will be the biggest Total War yet

Share All sharing options for: Total War: Rome 2 to push the spectrum of emotional interaction and grand scale battles

The Creative confirms that Total War: Rome 2 is in the works. Lead designer James Russell speaks to Polygon about how this will be the biggest game in the Total War series.

The close-ups show the faces of soldiers as they call out to each other – panicked expressions, faces contorting, the dread and hardships of ancient war evident in their eyes. Every soldier is an individual, every soldier experiences pain, fear, exhaustion. It's not easy being in the Roman legions. Zoomed out, it is hard to comprehend how the thousands upon thousands of moving specks against the landscape could possibly be the same soldiers whose faces were shown earlier. The camera swoops over a Roman city, up hills, into a bay; naval fleets meet land and thousands more specks swarm the city.

The build of the game we're shown may be far from its alpha stage, but this much is clear: Total War: Rome 2 is big in more than one way.

"This is the first time we've designed a city of this scope and scale," says lead designer of Total War: Rome 2, James Russell.

"It's a massive project for us. It's got a big budget, bigger than any Total War game we've ever made. It's also very new for us, because we have the combination of ship and land and there will be multiple capture points that will make things more interesting." 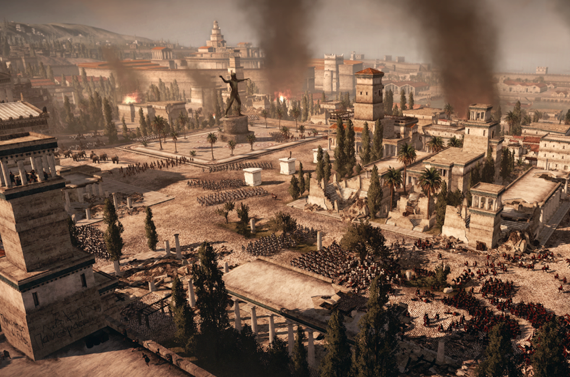 Aside from being the biggest project The Creative Assembly has worked on, it is also arguably one of the most anticipated. The first Rome-themed Total War game was released almost a decade ago, and while fans of the series have been able to enjoy multi-empire domination in Empire: Total War and ancient Japanese wars in Shogun and Shogun 2, Rome has reserved a special place in the hearts of many real-time strategy gamers.

"Everyone goes through school and knows what a Roman soldier looks like: red cloak, helmet with a crest on it. It just occupies a special place in your imagination. Film and TV has dealt with Rome, the world has been fascinated with Rome since Rome fell. Historically it's an incredibly fascinating period and a period in which individuals changed the world."

"I think it's not so much ancient as much as it's melee; it's about melee swords and spears versus direct fire gun warfare."

While the fascinating characters of the period may have drawn people to the first Rome game, it's the mixture of fighting styles on the ancient battlefield that kept them playing.

"I think there's lots of interesting combined arms tactics on the battlefield in the ancient world," James Russell says.

"In terms of things like ancient versus modern warfare, I think it's not so much ancient as much as it's melee; it's about melee swords and spears versus direct fire gun warfare. When you have strong melee combat you do get that sense of impact – it's not that kind of defensive standoff where you're just shooting at the enemy – there's an impact, and I think that gives the battles a certain feel."

Russell believes that melee battles make the player feel more connected to the enemy, making the game more interactive and forcing the player to consider not only what weapons they use, but how they move.

Empire: Total War was the largest Total War game as far as geographical scope was concerned. Total War: Shogun and Shogun 2 zoomed right in to focus on the battles of the Shogun era. The developers at The Creative Assembly have learned from their earlier works and have tried to find the sweet spot between Empire and Shogun to nestle their biggest game yet. They've learned that as inspiring as it was to represent an enormous geographical scope in Empire: Total War, there were consequences to having such enormous geographical expansion. Players were handed entire empires to manage from the word go, and this made the game less accessible. In Shogun 2, the team was able to make the game more manageable, but there wasn't nearly as much variety in the game in terms of cultures, cities and environments. 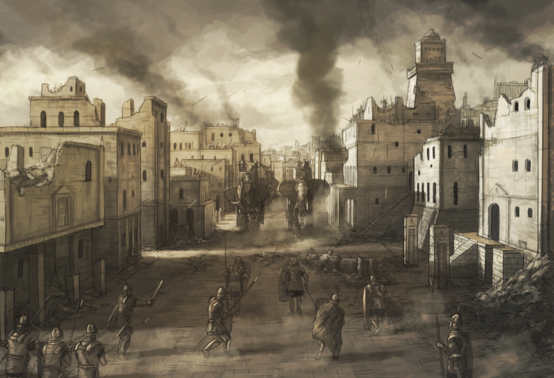 In Total War: Rome 2, players will build their own empires from scratch, starting small and building up. The Roman era also opens up a variety of cultures; players can create their own Barbarian city that will look and fight completely different to the Romans. Players can take on any culture, Rome can be the arch enemy, anyone can change history. And while The Creative Assembly are implementing changes to improve the game's design, they're also pushing its spectrum further than any Total War game.

"We want to push that emotional interaction between them and have them behave in a more life-like way, so when my buddy gets hit by an arrow, I react to that."

"Having that whole spectrum, right from the human level on the ground to that huge scale, we want to push both ends of the spectrum," says James Russell. "So on a human level you see the unit cams where you put the camera down into the unit, you see the individual men fighting, you see the facial animations on the soldiers and we haven't had that before in battle in that way.

"We want to push that emotional interaction between them and have them behave in a more life-like way, so when my buddy gets hit by an arrow, I react to that. It's about really making that, the combat, feel real and visceral and human.

"And then you zoom out and you have things we've never had before. You have the scale of the city that we've never had before, you have multiple ships in each naval unit, combined battles with ships and ground units and the fact that you can bring your men from the ships onto the beach, all that stuff it's about pushing both ends of that spectrum in the battle."

Russell says that the introduction of naval battles is a game changer because players will now have to think tactically both on land and at sea, or both when the two meet. The pushing of the spectrum to include a unit cam is also more than an aesthetic choice. While the aesthetic choices exist to make the world feel more alive and make players feel more invested in their soldiers, there are also practical applications. 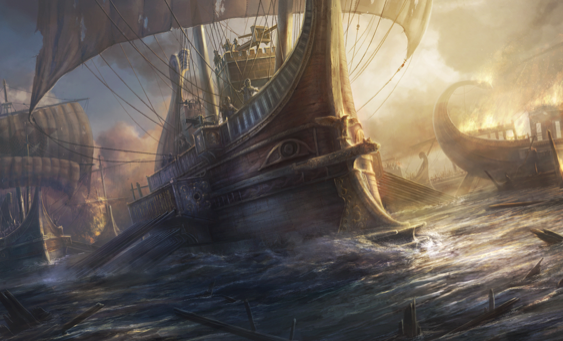 "We know the unit camera is only going to work if it's not just aesthetic choices," Russell says. "You're not just going to have a look for fun, we want to make sure there are gameplay incentives for doing that.

"Effectively, attention becomes a resource like in many strategy games. If you focus on improving situations, like ‘This unit must really hold and we must go in there and see what the situation is', that means you're not spending your attention on something else, so there's always that dilemma of how and where you focus the attention."

"We want the battles in Rome 2 to be the most awe-inspiring sight you've ever seen in a video game."

"From the perspective of the battles, we want the battles in Rome 2 to be the most awe-inspiring sight you've ever seen in a video game," Russell says.

"I think we can achieve that by showing this human-level drama and really pushing the whole spectrum and drilling down into life-like, individual, man-level behaviour and making those guys feel more human and real, and going right up and having this incredible scale.

"We want it to be breathtakingly spectacular. I think we're getting there."