'Torchlight 2' is four times the size of the original

Share All sharing options for: 'Torchlight 2' is four times the size of the original

Torchlight 2 is four times the game for your buck, according to developer Runic Games.

Torchlight 2 is four times the size of its 2009 predecessory, according to developer Runic Games.

As stated in an infograph on the studio's blog, the upcoming dungeon crawler will also feature twice as many player skills, three times as many boss battles, four times as many music tracks, and six times as many unique zones.

"In terms of scale, Torchlight II is close to 4x the scale of Torchlight 1 as far as assets go, and probably close to that as far as playtime," writes designer Travis Baldree. "Ideally, the multiplayer that everyone has asked for will further increase the longevity of the game (we certainly hope so!)."

In addition, while a number of monsters and items will make a return, all assets in the game are new.

Torchlight 2 will be available for $20, like the original title. The game is expected to release to PC this Summer after its initial 2011 release date was pushed back. 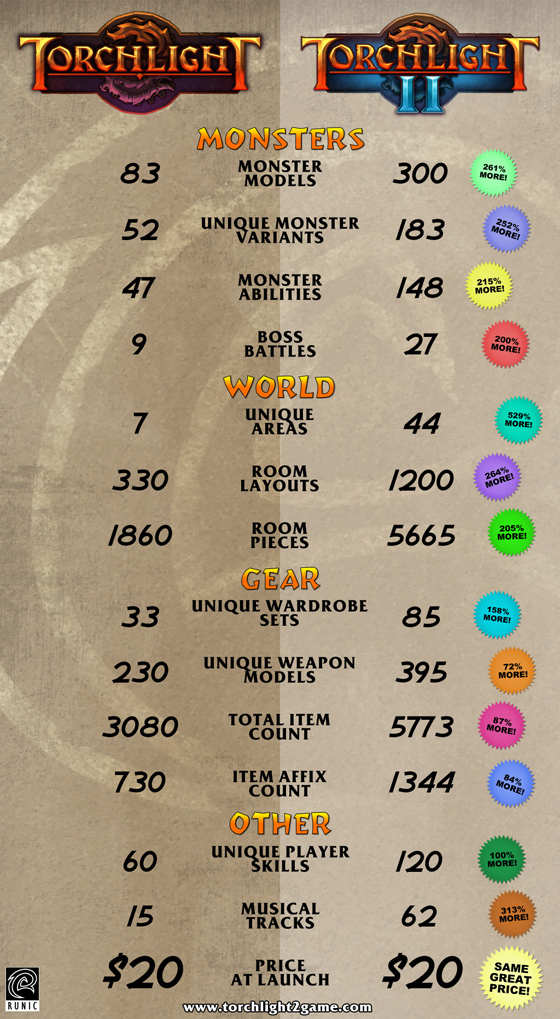