You would think that a game developer who held a seven-year tenure with a major publisher like Activision would know a thing or two about risk mitigation — yet Robotoki president and former Infinity Ward lead Robert Bowling seems content to take every risk imaginable with his team's first development project.

You would think that a game developer who held a seven-year tenure with a major publisher like Activision would know a thing or two about risk mitigation — yet Robotoki president and former Infinity Ward lead Robert Bowling seems content to take every risk imaginable with his team's first development project.

The team's first game will be an episodic prequel to Human Element, its ambitious, cross-platform project scheduled for a distant 2015 release. The episodes will expand upon the apocalyptic, zombified event that sets the stage for the full title — a reversal of the industry's habit of fleshing out game worlds through sequels and post-launch, transmedia content.

Inarguably, the biggest risk is the platform upon which the Human Element prequel episodes will launch: Ouya, the open-source, Android-powered home console which has received $5.4 million in Kickstarter funding to support its early 2013 launch.

Bowling threw his support behind the console quickly; first with a generous $10,000 contribution, and second with a partnership to produce the platform's debut first-party title. 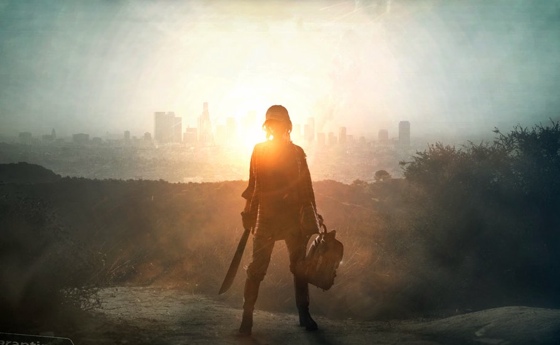 "What first drew my interest to it on a personal level, what made me decide to back it before we even decided to get involved with the team was the spirit behind it," Bowling told Polygon in a recent interview. "The fact that they're trying to do something new — they realized that there's a market out there that's not being fulfilled for the living room.

"We can do great indie development on PC, no problem. We have Steam, we have self-distribution; we have all these things we can do. And thanks to app stores on Android, on iOS and Amazon, we have the ability to do that on mobile fairly easily without the outside funding, or help from publishers. I feel like Ouya will be our best bet to bring that same developer-friendly mentality to the living room."

Of course, each of the distribution platforms Bowling mentioned have their own respective crosses to bear: The Android platform, for instance, has recently been criticized for being a pirate's paradise. Ouya's open-sourced nature would likely exacerbate that issue; though Bowling isn't too concerned with how the prequel performs in terms of financial returns.

"I don't care how they get their hands and eyeballs on it."

"Here's the thing," Bowling said. "Ouya is still extremely small because it hasn't launched yet, but what I like about it is — it's up to 50,000 backers, and each of those backers is going to be getting a console, and because they're early adopters, you know they're going to want to play everything on it. We're going to have this community that's going to be extremely passionate about seeing these games succeed.

Bowling admitted he had some experience in dealing with those kinds of securities, citing issues with Xbox Live and PlayStation Network which occurred during his tenure with Call of Duty developer Infinity Ward. He says he's confident that Robotoki can lend its experience in this regard to the Ouya engineering team to "keep things authenticated." However, that won't be the extent of Robotoki's partnership with the new platform's shareholders. 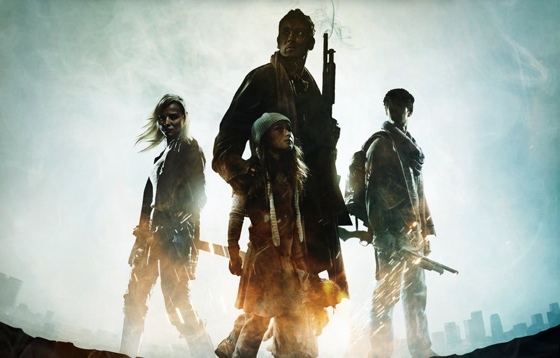 "We're planning to fully integrate as much as possible with the Ouya team while working on this episodic content," Bowling said. "We've talked as much as moving into shared office space so that our engineers, and our coders and designers can sit by their engineers, to make sure we're getting as much as we can out of Ouya.

"This is going to be the first game on the platform, so it's in the benefit of both of us to make sure we're getting full advantage of everything it is. Obviously, a lot of people understand the Android SDK, we know how that works, a lot of people have worked with Tegra 3. But there are specific Ouya-specific hooks and API features that we can tap into that I want to make sure we're taking full advantage of.

"The biggest benefit of being first party is that we're not working remotely off by ourselves and hoping we deliver something good. We're working alongside them in every facet that we can to make that happen," Bowling added.

Bowling hopes to leverage the Ouya's lightweight development requirements and the prequel's episodic format to do a bit of experimenting with the game's formula. Each episode will focus on a different window of time following the series' apocalyptic event, and a different aspect of what humanity would need to do in order to survive it.

"We're not limited to genre. We're not limited to anything," Bowling said. "We can be as creative as we want. Maybe episode one is focused on the fortification element of survival. We focus on finding a place, stocking it up, defending it, resource management, stuff like that. The next one might be much more focused on the human element of conversation, bartering with other players, assigning quests, going out and foraging for supplies, dealing with elements outside your safe zone — while having those elements from episode one of having your safe zone already fortified."

Just as the composition of the prequels are relatively fluid, Robotoki is also focusing its efforts for the full, multiplatform Human Element release on story, not gameplay. 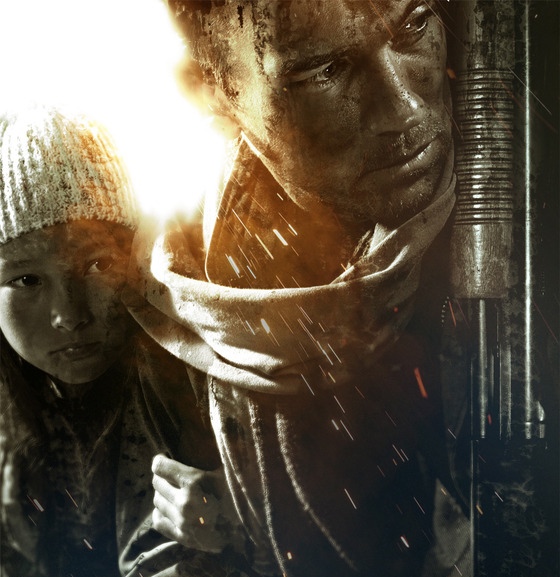 "If you're making a game about human survival, and you don't have that narrative right, then what's it matter if it's fun building a building? If the purpose, the emotional investment behind why you're building this building, what you're making these fortifications, why these people are with you doesn't matter — that is a less interesting world to me. The four-year development cycle is focused on making sure that we get all that, because that's everything."

Bowlng hopes to launch the Human Element episodic prequel alongside Ouya's release, which is estimated to arrive on backers' doorsteps next March. Once its live, Robotoki won't measure the title's success in dollars and cents. Rather, the studio will use community feedback as the metric that will shape the remainder of the series' episodes — not to mention the full Human Element experience.

"If we come out and people have favorable things to say about Episode One — but most importantly, they're excited about what we can bring to Episode Two — and they're contributing to those ideas, that's when I'll know we did a good job. If you want to invest yourself emotionally in seeing a franchise, even the episodic form of it, get better, then we've won.

"Because you've connected to our brand in an emotional way, just as emotionally connected as we are," Bowling added. "That's when you make good stuff."