OnLive will be live on Ouya when the console launches next year.

By Brian Crecente@crecenteb Jul 27, 2012, 9:11am EDT
Source Kickstarter and OnLive

Share All sharing options for: OnLive is coming to Ouya and our first look at the controller

Cloud gaming platform OnLive will be coming to Kickstarter-funded gaming console Ouya when it hits next year, the companies announced this morning.

Cloud gaming platform OnLive will be coming to Kickstarter-funded gaming console Ouya when it hits next year, the companies announced this morning.

In a post on their official blog this morning, OnLive general manager Bruce Grove wrote that OnLive would be available on the open-source, Android-powered home console when the device hits in March 2013.

Grove wrote that OnLive and Ouya felt like a natural fit:

"OUYA is rethinking the console business, making waves by using standard technology to make gaming for your living room accessible, affordable and more innovative than ever," he wrote. "In OnLive's case, we pioneered a groundbreaking, cloud-based system that instantly delivers games to any device on demand."

What does this mean to Ouya backers?

Over on the official Ouya Kickstarter page, the Ouya folks took the announcement as a chance to also unveil our first look at the controller. They warn that the design is still in progress and that they're still deciding on the buttons.

"For now, we've stuck with the colored circles as placeholders. But don't fret, we won't leave out colorblind gamers. :)" 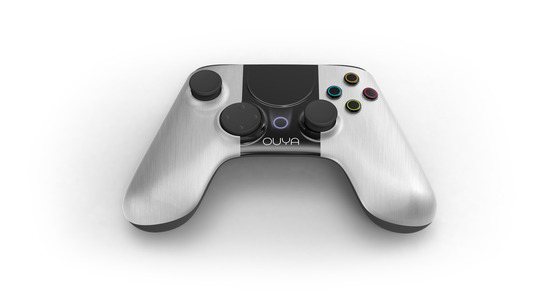 This is the latest in a number of big announcements surrounding the crowd-funded gaming console. Last week, the console makers revealed that the first game from ex-Infinity Ward lead Robert Bowling's Robotoki development studio will receive an episodic prequel on the console.