Share All sharing options for: Only veteran 'Borderlands' players can unlock these 'Borderlands 2' skins

Gearbox Software revealed at PAX East in April that it would give players of the original Borderlands a little something special in the sequel, namely a set of player skins and heads they could use to customize their characters. Today, the game developer revealed its "Vault Veteran Rewards" for Borderlands 2.

The skins will be unlocked if Borderlands 2 detects save data from the original Borderlands, granting access to fancy outfits for (from left to right) the Commando, Siren, Gunzerker, and Assassin classes. Those outfits are slathered with Borderlands and Gearbox logos, all with a color scheme that harkens back to the original game's box art. 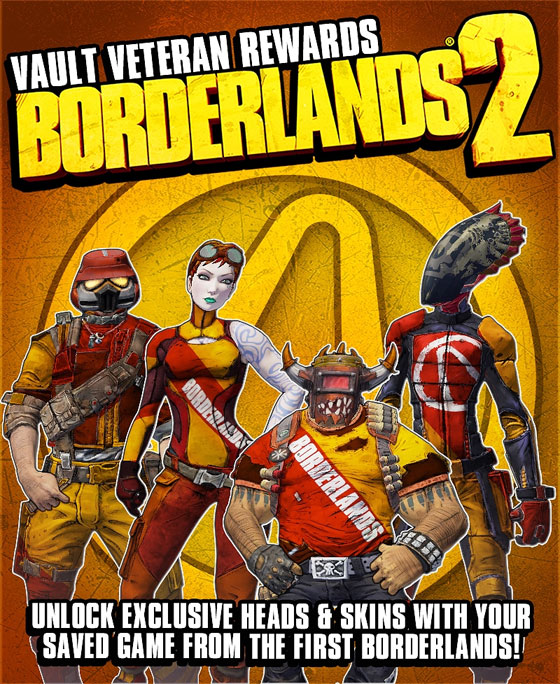 Borderlands 2 comes to PC, PlayStation 3 and Xbox 360 on September 18th.